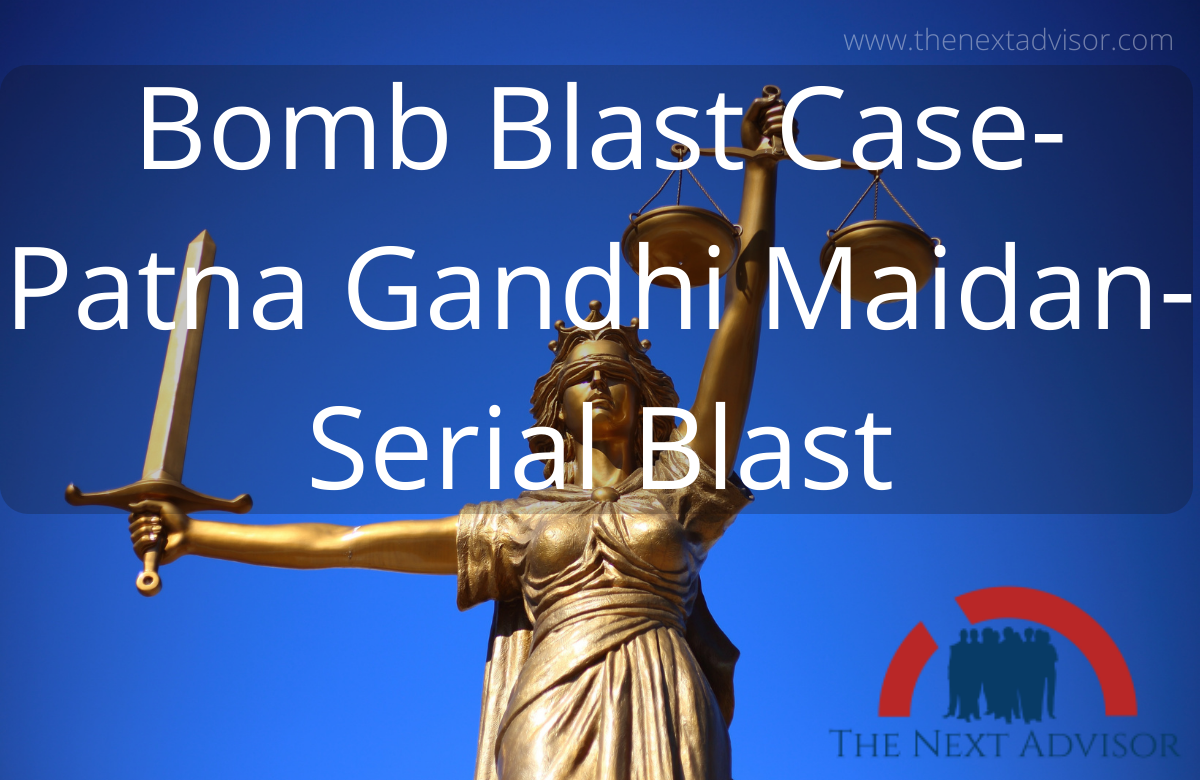 As you all know the famous incident of the Bomb Blast Case i.e. Patna Gandhi Maidan Serial Blast in the Hunkae Rally. last week court delivered judgment in this case. Let us discusss this case with some important points.

On October 27, 2013, explosions at Patna’s Gandhi Maidan, the venue of a ‘Hunkar Rally’ to be addressed by Narendra Modi, left six dead.

What has happened? (In the Bomb Blast Case?)

A special NIA court on Monday announced death sentence to four of the nine convicts in the 2013 Bomb Blast Case-Patna Gandhi Maidan-Serial Blast case. Last week, the court had convicted nine of the 10 accused. The name of the 10 accused are-

Court also slapped overall Rs. 90,000 fine each on Haider, Numan and Muhhabullah 80,000 fine on Imtiyaz Ansari under relevant Sections of IPC including 120B (Criminal Conspiracy), 302 (murder), 121(Waging war against Indian Government), the Explosive Substances Act and The Unlawful Activities (Prevention) Act. Umer and Azharudding have been slapped with Rs. 60,000 fine each under relevant Section of IPC and Unlawful Activities(Prevention) Act while Ahmed and Ifteqaar have slapped Rs. 10,000 fine o each under the Unlawful Activities (Prevention?) Act and Section 201 of IPC respectively. All will have to undergo one month’s additional Simple Imprisonment in case of failure to pay fines.  The court said the charges of Sedition, Criminal Conspiracy, Murder, Attempt to Murder, and UAPA leveled by the NIA have been proven.

What is the Gandhi Maidan Bomb Blast Case?

Seven Blasts went off in and around Patna’s Gandhi Maidan in 2013 during the “Hunkar” rally of the prime ministerial candidate Narendra Modi. The blasts killed six people and leftover 90 injured. The first blasts happened at Patna railway station’s platform 10, and the rest in and around Gandhi Maidan, where Narendra Modi was scheduled to speak. Modi, however, went ahead with the rally. Altogether six serial blasts with the help of timers had taken place inside and around the Gandhi Maidan six persons and injuring 89 others. Fourteen more unexploded time bombs were recovered from around the ground later. 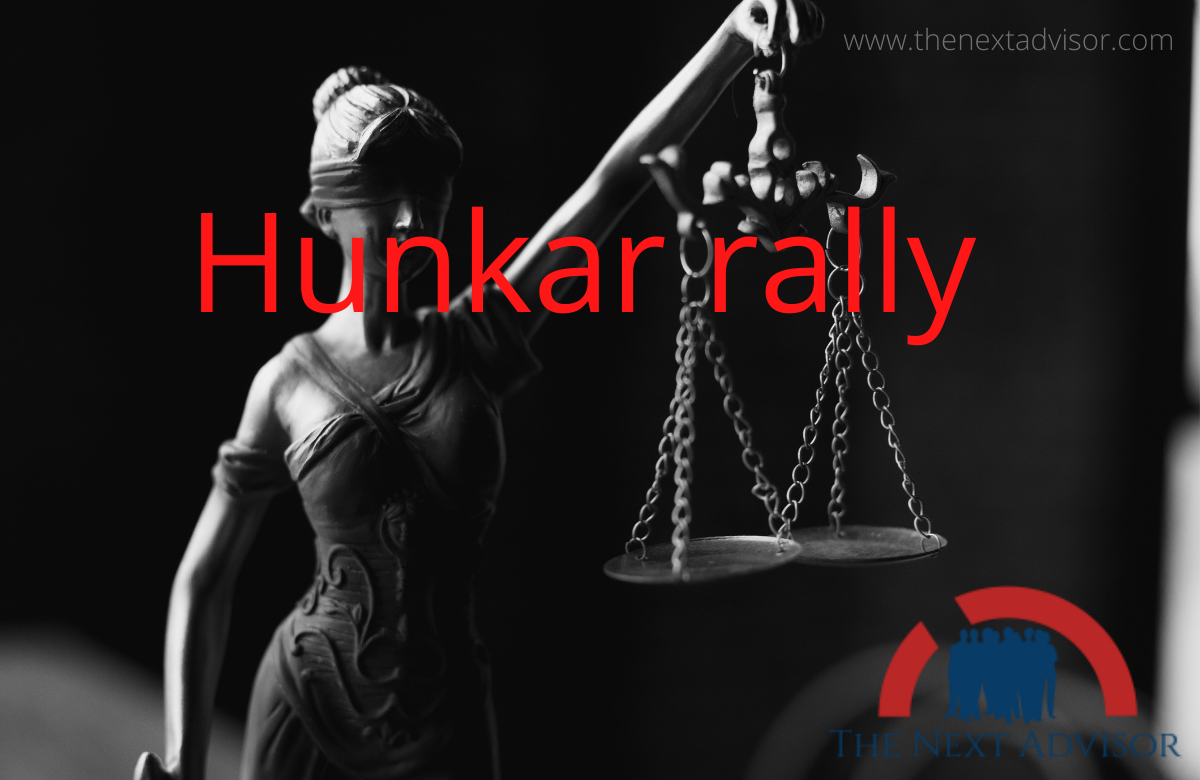 These terrorists had planned suicide bombing to assassinate Modi but gave it up looking at his extremely heightened security. It was after this they all had planned the serial bombings in his rally. The NIA took up the case in November 2013. The mastermind behind the attacks, Hyder Ali, was held by NIA in 2014. The NIA suspected the involvement of the Students’ Islamic Movement of India (SIMI) and Indian Mujahideen (IM) behind the attacks and several suspects from the organisations were made accused. A total of 250 prosecution witnesses were deposed before the trial court for Cross-examination.

As per law, no death sentence imposed b a trial court can be executed unless the punishment is confirmed by the High Court too and The Code of Criminal Procedure (CrPC) of 1973 requires trial Courts to refer every judgement related to the imposition of capital punishment to the jurisdictional High Court for confirmation.

“When the Court of Session passes a sentence of death, the proceedings shall be submitted to the High Court and the sentence shall not be executed unless it is confirmed by the High Court. Therefore, even if the convict does not prefer an appeal, the trial court’s verdict against him would automatically be taken up by the High Court Registry as a ‘Referred Trial’ and listed before a Division Bench for hearing. If the convict also prefers an appeal, then both the appeal as well as the RT would be clubbed and heard together.

A peep into the history of the hearing on RT’s would show that most of those cases have ended up in the capital punishment being commuted to life sentences, Mostly on the premise that those cases do not fall under the ‘rarest of the rare’ category warranting death penalty. In 2018, India was among the top seven countries to award the death penalty. The lower courts awarded the death penalty to 162 convicts, according to Project 39 of the National Law University, Delhi. The High Courts confirmed only 23 death penalties in 2018 in 18 cases. The previous highest was 154 death sentences awarded in 2007. At the end of 2018, there were 426 people on death row. Of these sentences, 45 were awarded for murder and 58 for murder involving sexual offences.

All awarding death sentences in excess of 100 in 2018- India is clubbed with countries such as China, Egypt, Iraq, Pakistan, Bangladesh, Malaysia and Vietnam. China and Vietnam are communist dictatorial regimes while the rest have Islam as their state religion and are not known for guaranteeing human rights.