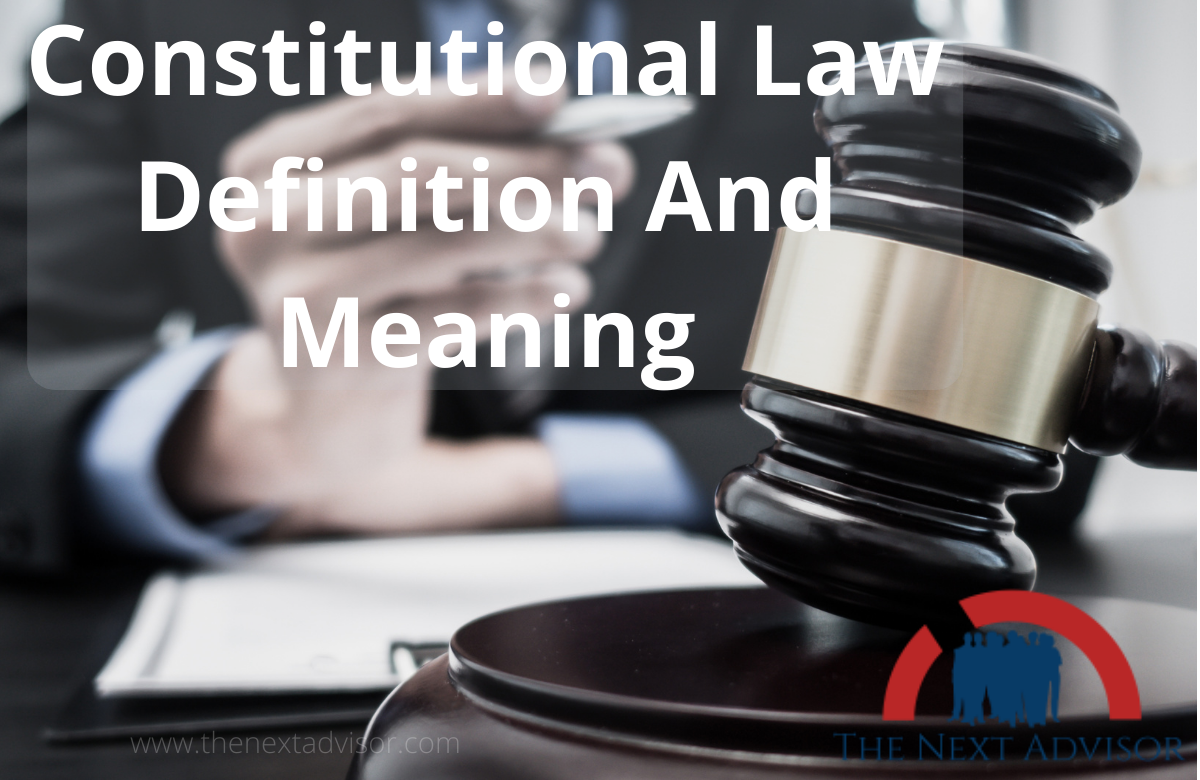 Where there is a written constitution in a country, emphasis is naturally based on the rule which it contains and on the way in which they have been interpreted and applied by the highest board with constitutional jurisdiction. Constitutional law consists both of legal rules in the strict sense, and of usage commonly called conventions. which without being connected or accepted and binding by all who are concerned with the government. Many of the rules and practices under which our system of government worked are not part of the law. In the sense that their violation may lead directly to proceedings in a court of law.

Professor Salmond Says, ” Constitutional law is, as the name implies, a body of those legal rules which determine the Constitution of the State. Here State means any country. “

Professor Dicey says, ” Constitutional law includes all rules which directly or indirectly affect the distribution or the exercise of the sovereign power in the State. “

The constitutional law determines the structure of the Government and its power as well as its application. It arranges the functions and the relation of the organs, which are established to govern the state. So it is known as the main part of the jurisprudence which interprets the constitution and prescribes the Rights, Duties, and Function of the constitutional organs.

What is constitutional law Definition and meaning

It is the fundamental law of the state.

It does not relate to private law.

It is the public law.

It is applied between person and governmental organs.

It is the law to determine the limitation of governmental structure, power and exercise.

No conservation of the people’s Rights is imagined without the constitution. The constitution is necessary to all of the states whether they are democratic or absolute, rich or poor, big small.

It has been developed by interpretation of the constitution through judicial review.

The constitutional law of a country comprises of different ‘legal’ and ‘non-legal’ norms. Legal norms are those which can be enforced and applied by the courts, whereas non-legal norms refer to convention usages, practices, and customs.