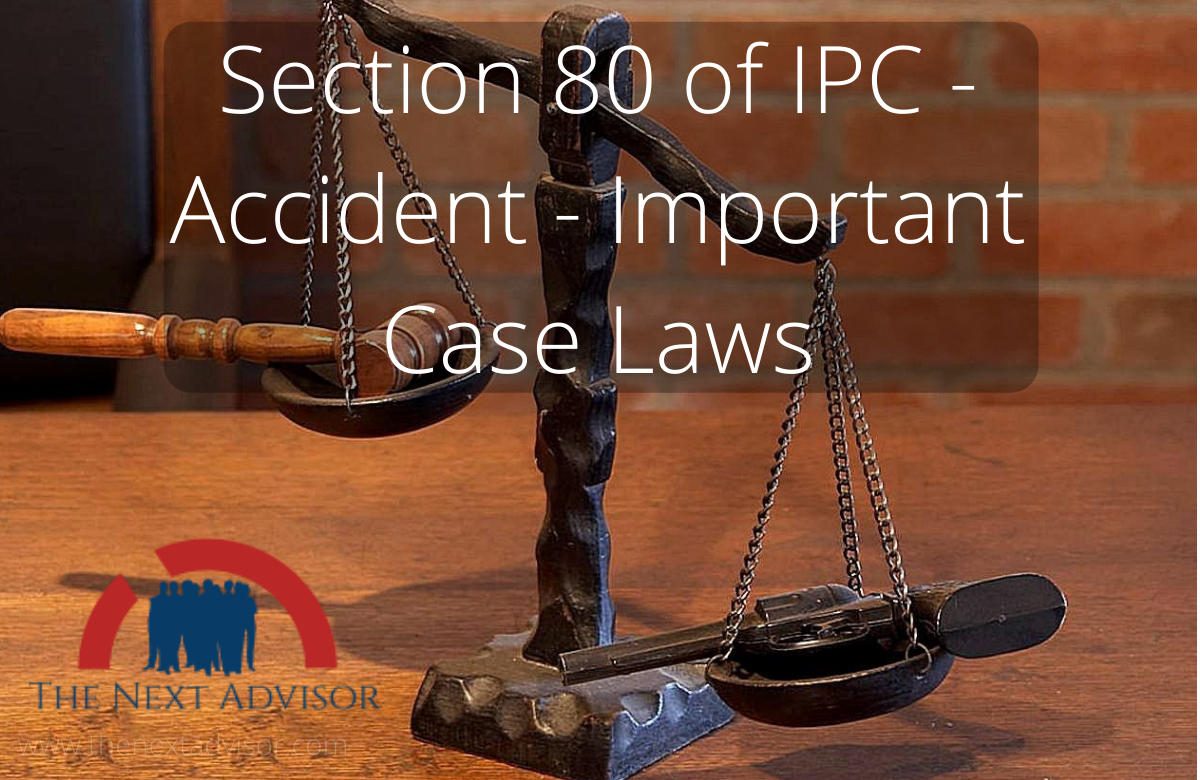 The accident is an event that occurs all of a sudden and no man of ordinary prudence could anticipate or foresee it. In common parlance, ‘accident’ means ” an event that occurs without one’s foresight or expectations and in the same way, the law also adopts it. The accident is not in itself a defense to a civil suit unless it was only an accident but also a misfortune you just noted down. The defence for an accident is given in Section 80 of IPC – Accident.

Firstly, I shall be explaining Section 80 of IPC – Accident, using a simple illustration.  Why is Z not liable for Murder or Homicide? He has the right to avail the defensExample:- A man named “Z” was cutting a tree using an ax. He has taken reasonable caution to see no one is near him so that no one gets hurt.

Suddenly, the head of the axes files off and kills a man standing behind Z. Is Z liable for Murder or Homicide? The answer is No.

Why is Z not liable for Murder or Homicide?

He has the right to avail the defense of Section 80 of IPC – Accident in doing a lawful act. He has fulfilled the requirements for the same.

1. Act done is by accident or misfortune.

2. Act is done without criminal intention or knowledge.

3. the act is a lawful act is done in a lawful manner by lawful means.

4. The act was done with proper care and caution. He has fulfilled the requirements for the same 1. An act done is by accident or misfortune.

Done by accident or misfortune

The accident comes from the word accident which means to happen or befall upon, whenever we use this term in daily life it usually reflects a course of events out of our control. As they say ” Accidents happen “, this indicates the core of this general exception that there was no fault of a party that led to the unwanted consequence.

To understand Section 80 of IPC – Accident imp to see, Difference between Accident and Misfortune

Accident:- Under accidents, the harm from the incident only affects the victim.

misfortune:- Under misfortune, the harm from the incident may affect both the victim and the doer of the act.

Without any criminal intention or knowledge. Under Criminal Law, crime has 4 elements namely 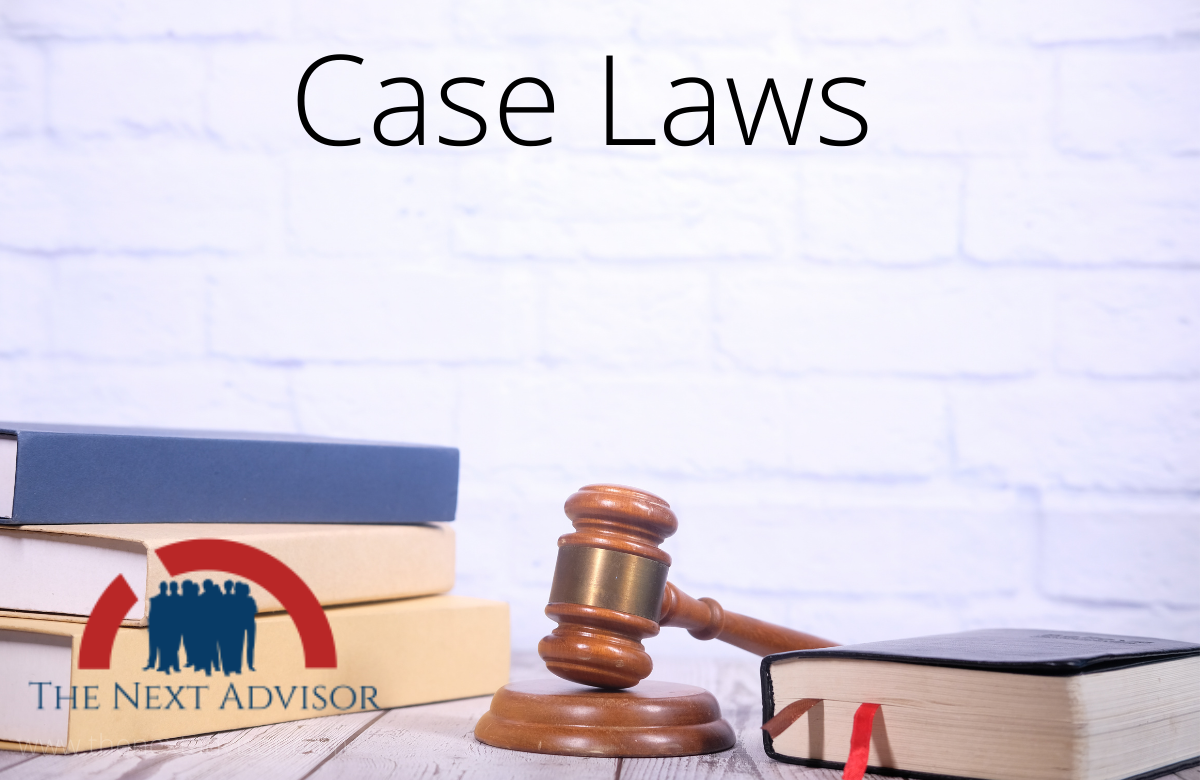 Lawful act in a lawful manner by lawful

It is important that the act which was being done was lawful, in a lawful manner, and by lawful means. To understand, firstly let’s see the case of Tunda v. Rex 1950 Cr. LJ. 402 ( All . HC ) The accused and the deceased were friends who were wrestling fans and were engaged in a wrestling bout. He preferred an appeal to the Allahabad High Court, which held that when the accused and deceased agreed to wrestle with each other, there was an implied consent on each part to suffer any accidental injuries.

The injury was accidental and there was no foul play on part of the accused and hence is to be given the benefit under section 80 and section 87. Lawful act in a lawful manner by lawful While wrestling, the deceased’s head accidentally came in contact with a concrete platform resulting in injuries to the skull and eventual death. The accused was tried under section 304 but later on, convicted under section 304A.

Lawful act in a lawful manner by lawful Hence, besides the defense of section 87 (consent ), section 80’s benefit was also given due to the fact that there was no foul play by the deceased and both friends impliedly agreed to accidental injuries while going for a wrestling bout with each other.

With proper care and caution

An act done without any regard to proper care and caution would not get the defense of Section 80. In these cases, a person does an act with total disregard to the consequences which may ensue from such carelessness.

The accused and the deceased were police constables and head-constable. They were posted to protect a dam site. The accused killed his colleague in the night by firing at a close range without knowing the identity of his target. The accused pleaded the defense of Sec. 80. The trial court convicted him under section 302.

The Honorable Supreme Court confirmed the conviction given by the High Court under Section 302. And held that the accused acted without proper care and caution. That the Act of accused could not come under an accident or misfortune. Supreme Court further said that not was it a lawful act, so he was not allowed the defence of Section 80.

State Government of M.P. vs. Rangaswamy (AIR 1952 Nag. 268):- The officers thought that it was the Heyna. It was common that no people would be moving in that area and in particular in that rainy time. The accused, one of the officers, fired at the moving object. The result was the death of a human being. The Madhya Pradesh High Court held that the accused was protected under Sec. 80. ( Section 80 of IPC – Accident)

In this case, one person was beating another person. During the fight, the wife of the person getting beaten, while holding a child in her hand interfered between the two people. A punch from the person hitting hits the head of the child by accident and the child died.

The accused took the plea of ​​Accident. The court held that in this case cannot take a plea of ​​an accident even though he had no intention to hit the child as he was doing an illegal act and the death of the child was connected with the illegal act. He was not convicted for murder but he was convicted for hurt.

State vs Rangaswami– For instance A, while shooting a jackal in the jungle with an unlicensed gun, by accident kills a man who was hiding behind a bush, he would not be liable for murder. The fact that A used an unlicensed gun would not preclude him from claiming the protection of section 80 (Section 80 of IPC – Accident), because the circumstances under which the act was done were such as to negate the existence of mens rea.

In-State of Orissa Vs. Khoraghasi, 1978:- In this case the accused a tribal in a forest with a bona fide intention aimed an arrow at an animal. But a person (human being) was hit by the arrow and died. The Orissa High Court allowing the defence of accident under Section 80 acquired the accused.

In Shabir Khan V. Crown (AIR 1931):- In this case, a big party consisting of some hundred men went out for shooting pigs. And when a boar rushed towards the accused he fired at her, but he missed the boar. And the shot struck the leg of a member of the party which resulted in his death. It was held that the death was caused by an accident and was not the result of a rash or negligent shooting.

Mahadev Vs. State of Madhya Pradesh:- The steering wheel of the tractor suddenly breakdown as a result of which the tractor got free and out of control. This incident caused death to a personon road, The deathwas clearly caused by an accident.