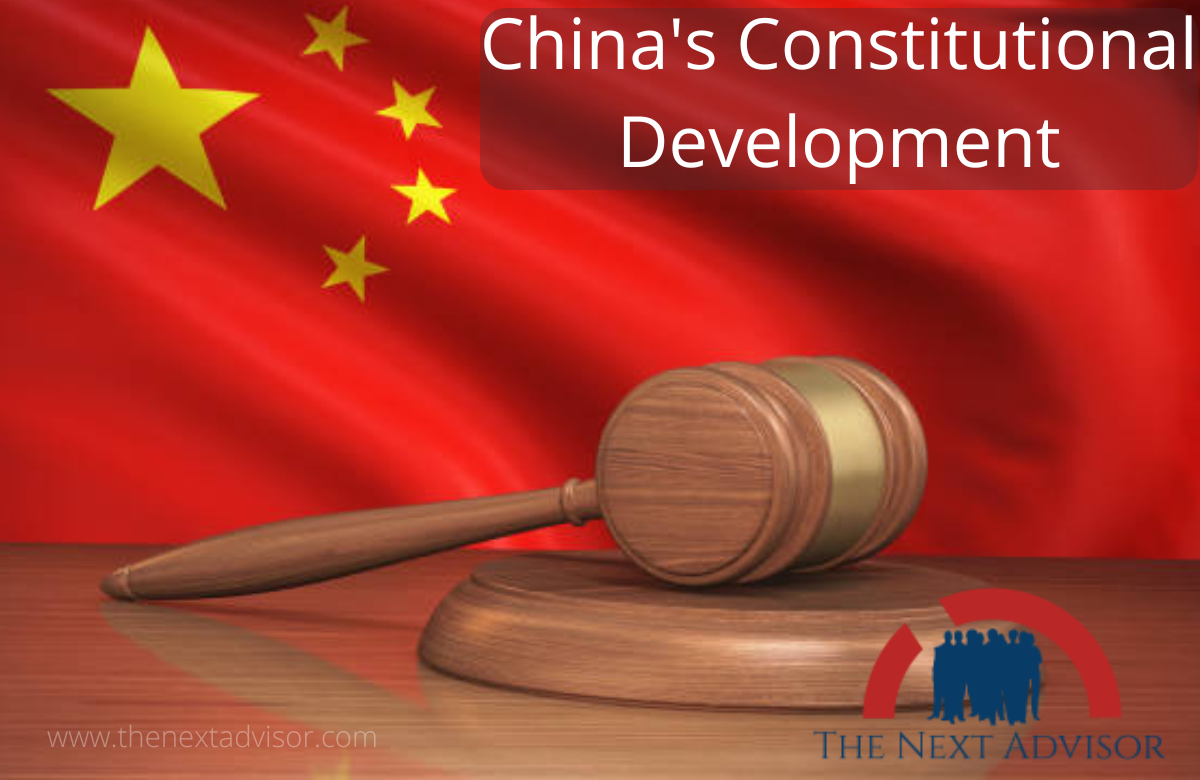 After the Revolution, the communists did not base their government on any constitution. They preferred to wait for a formulated constitution and decided to rely upon Mao’s leadership and People’s Democratic Dictatorship as conceived, explained, and guided by him.

It was in 1953 that the People’s Republic of China decided to have a WRITTEN CONSTITUTION. A committee under the chairmanship of Mao Tse – tung was created for this purpose. This committee proposed the draft of a constitution which was submitted to the people of China and their organizations for a full national debate.

The Chinese People’s Government incorporated several amendments in the draft for incorporating the views of the people. The amended draft was presented at the National People’s Political Conference in September 1954. After its adoption, the Constitution led to the formation of a new government on 4th November 1954.

The 1954 – Constitution affirmed the resolve of the people of China to overthrow colonialism, feudalism, and capitalism. While enumerating the socio-economic and political achievements made by China during 1949-54, the Preamble to the Constitution recorded deep gratitude for the help given by the ( erstwhile ) USSR.

Through this Constitution, the Chinese accepted the concept of granting fundamental rights and duties to the citizens. It recognized seven fundamental freedoms of the citizens, their social, economic, and political rights, and duties.

It accepted Panchsheel and participated in Afro – the Asian Solidarity Conference -the Bandung Conference in 1955.

The Cultural Revolution that was initiated by Mao after the failure of the Great Leap Forward ( 1958 ), produced several big upheavals ( a sudden change that causes trouble ) in the Chinese society and political system. Cultural Revolution resulted in violence, anger, revenge, destruction, and destabilization.

Modernization of agriculture, industry, national defense, science, and technology so that the national economy will be advancing into the front ranks of the world.

It had a very long Preamble.

The Preamble of the 1975 – Constitution called upon the people of China to follow the policies of the Communist Party, and maintain continued revolution.

It maintained the list of the Fundamental Rights and Freedom of the duties with some improvements.

It gave the right to freedom of procession and freedom of strike to the people.

The National People’s Congress, in its February 1978 session passed a new constitution. This meeting of the NPC was attended by several old leaders who had been previously considered disloyal to Mao. The new constitution came into force on 5th March 1978 and advocated the need for liberalization in policies.

The 1978 Constitution further extended the list of Fundamental Rights Freedoms of the Chinese and now it came to include the right to ” speak freely. The 1978 – Constitution expressed full faith in the ideology of Marxism – Leninism and Mao Tse – Tung’s thought.

The 1982 Constitution accepted Marxism – Leninism – Maoism but along with it a new need for liberalization, decentralization, modernization, and market socialism was accepted.