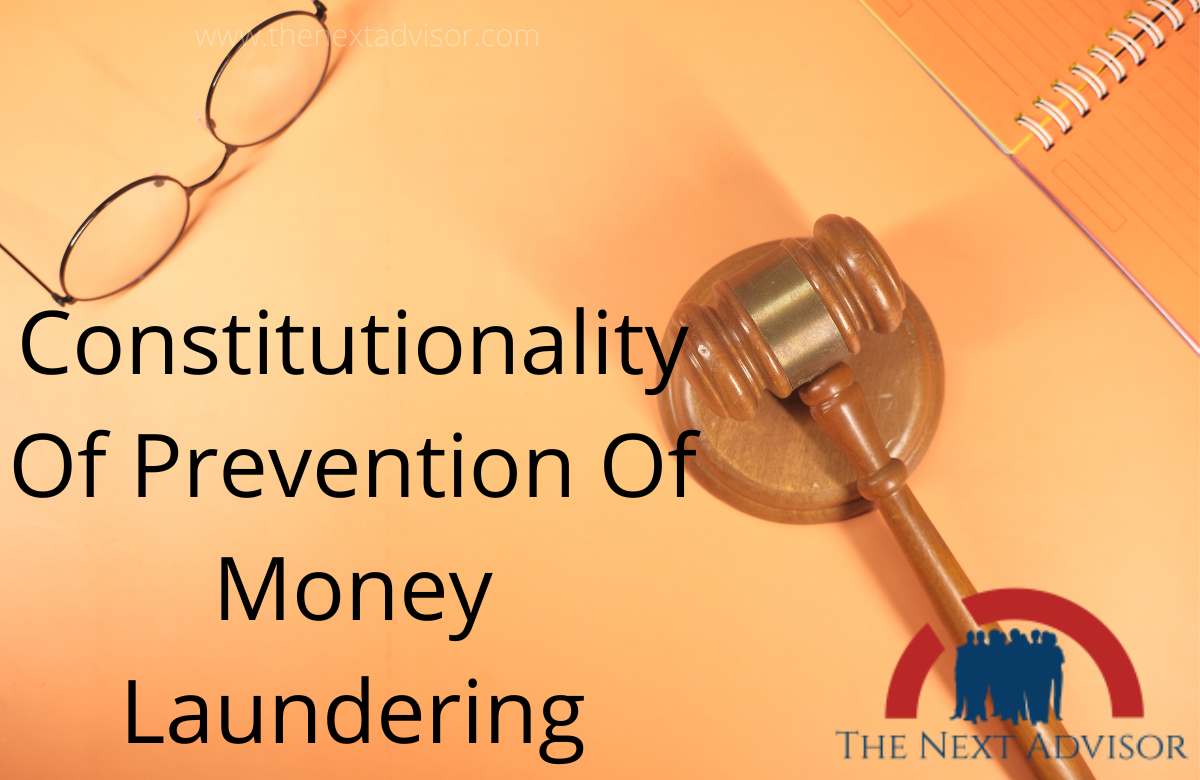 the process of concealing the origin of money, often obtained from illicit activities such as drug trafficking, corruption, embezzlement, or gambling, by converting it into a legitimate source.

Enforcement agency:- the Directorate of Enforcement under the Department of Revenue, Ministry of Finance is responsible for administering the act.

1. A Batch of 241 petitions challenging the validity of the law was disposed of.

2. Constitutionality of various provisions of the law

” The interpretation suggested by the petitioners that only upon projecting or claiming the property in question as untainted property that the offence of Section 3 would be complete, stands rejected, “

” We are clearly of the view that the expression ” and ” occurring in Section 3 has to be construed as ” or “, to give full play to the said provision so as to include ” every ” process or activity indulged into by anyone, “.

On Section 5 – attachment of property involved in money – laundering.

• Section 5 ( 1 ) of the Act empowers the Director or Deputy Director to provisionally attach property for 180 days if he has ‘ reason to believe that;

a ) any person is in possession with the proceeds of crime ‘ ;

• Thus, the suspected proceeds of crime can be seized from the possession of any person irrespective of the fact whether the person had indulged in any money laundering process or whether it was he who has or has not acquired, the ‘ proceeds of crime “.

– When a person is accused of having committed the offence under section 3, the burden of proving that proceeds of crime are untainted property shall be on the accused .

• In Criminal cases it is on prosecution, so this section was challenged .

• SC held that Section 24 has reasonable nexus with the purposes and objects sought to be achieved .

•However, some provisos have been inserted in the Act which tries to limit the discretionary powers of the Officers .

Section 50 empowers the Investigating Officer to summon and record the statements of persons concerned and also to make a note or inventory of such records or property .

• ED officials are not police officers .

• Statements made by the accused to ED officials are not hit by Article 20 ( 3 ) which lays down the rule against self – incrimination.

” At the stage of issue of summons, the person cannot claim protection under Article 20 ( 3 ) of the Constitution. However, if his / her statement is recorded after a formal arrest by the ED official, the consequences of Article 20 ( 3 ) or Section 25 of the Evidence Act may come into play to urge that the same being in the nature of confession, shall not be proved against him “.