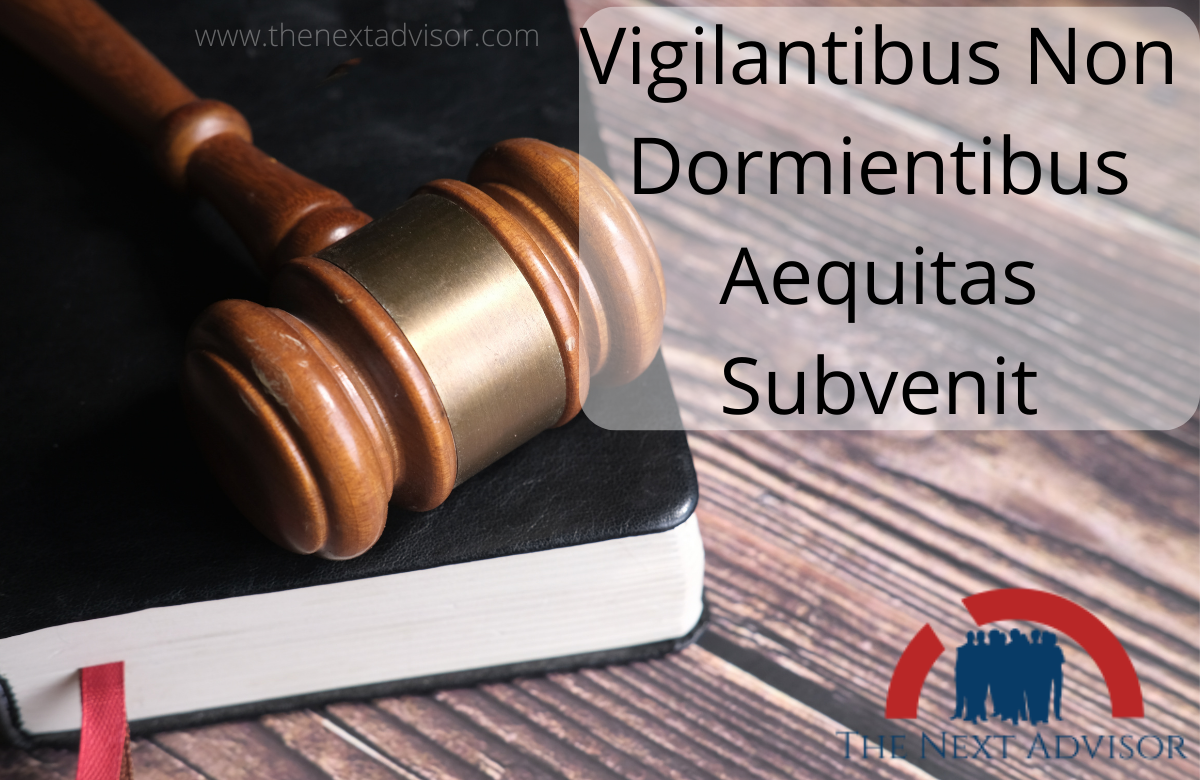 Can you imagine a situation? where you are walking on the road and this is casual walking. A bike passes by you and literally robbed your money purse. You did not take on action on that day. You just go home and you just do not talk about it to anyone. Many years passed, and one day suddenly after many years you think it is a perfect time to file a case against that particular person after many years have passed.

Do you think you can still file a case? Vigilantibus Non-Dormientibus Aequitas Subvenit, this particular Maxim says that the law only assists those who are vigilant and not who sleep over their rights. So there are high chances that nobody will be able to help now.

Law can help an individual if they are vigilant but not to those who were sleeping over their right.

– There the legal right which is violated should be presented before the Court of law within a prescribed time period.

– Hence it’s very important to file a suit within that limited amount of time.

Section 468 of CrPC. Bar to taking cognizance after lapse of the period of limitation.

( 1 ) Except as otherwise provided elsewhere in this Code, no Court shall take cognizance of an offence of the category specified in sub-section ( 2 ), after the expiry of the period of limitation.

( 2 ) The period of limitation shall be

1. Provisions of this Chapter shall not apply to certain economic offences, see the Economic Offences Inapplicability of Limitation Act, 1974 ( 12 of 1974 ), s . 2 end Sch.

( b ) one year, if the offence is punishable with imprisonment for a term not exceeding one year ;

( c ) three years, if the offence is punishable with imprisonment for a term exceeding one year but not exceeding three years.

( 3 ) 1 For the purposes of this section, the period of limitation in relation to offences which may be tried together, shall be determined with reference to the offence which is punishable with the more severe punishment or, as the case may be, the most severe punishment. ]

( a ) six months, if the offence is punishable with a fine only

( b ) one year, if the offence is punishable with imprisonment for a term not exceeding one year ;

( c ) three years, if the offence is punishable with imprisonment for a term exceeding one year but not exceeding three years.

469. Commencement of the period of limitation.

( 1 ) The period of limitation, in relation to an offender, shall commence,

( c ) where it is not known by whom the offence was committed, the day on which the identity of the offender is known to the person aggrieved by the offence or to the police officer making investigation into the offence, whichever is earlier.

( 2 ) In computing the said period, the day from which such period is to The computed shall be excluded.

Article 115 of the Indian Limitation Act Ix Of 1908, provides the period of limitation for a suit ” for compensation for the breach of any contract, express or implied not in writing registered and not herein specifically provided for “, as three years,

-Condonation of delay is a doctrine mentioned in the Limitation Act, of 1963.

-According to this, if the aggrieved party can furnish ” sufficient cause ” for causing a delay in the institution of suit leading to the expiry of the limitation period, the Court can, with discretionary jurisdiction disregard the delay or ” condone the delay ” and proceed with the case.

-Concerned with the reasonableness of a delay in filing a legal action.

-Laches and limitations are important factors to be considered in the exercise of discretionary relief under Art. 32 of the Indian Constitution.

– Issue: – Whether there is a time limit within which the remedy under Article 32 must be invoked?

– NO TIME LIMITATION – BUT DEPNDS ON FACTS AND CIRCUMSTANCES.

– It was a public interest litigation ( PIL ) case filed in the Supreme Court under Article 32 of the Indian Constitution.

– A case was allowed 14 yrs after occurring the incident.