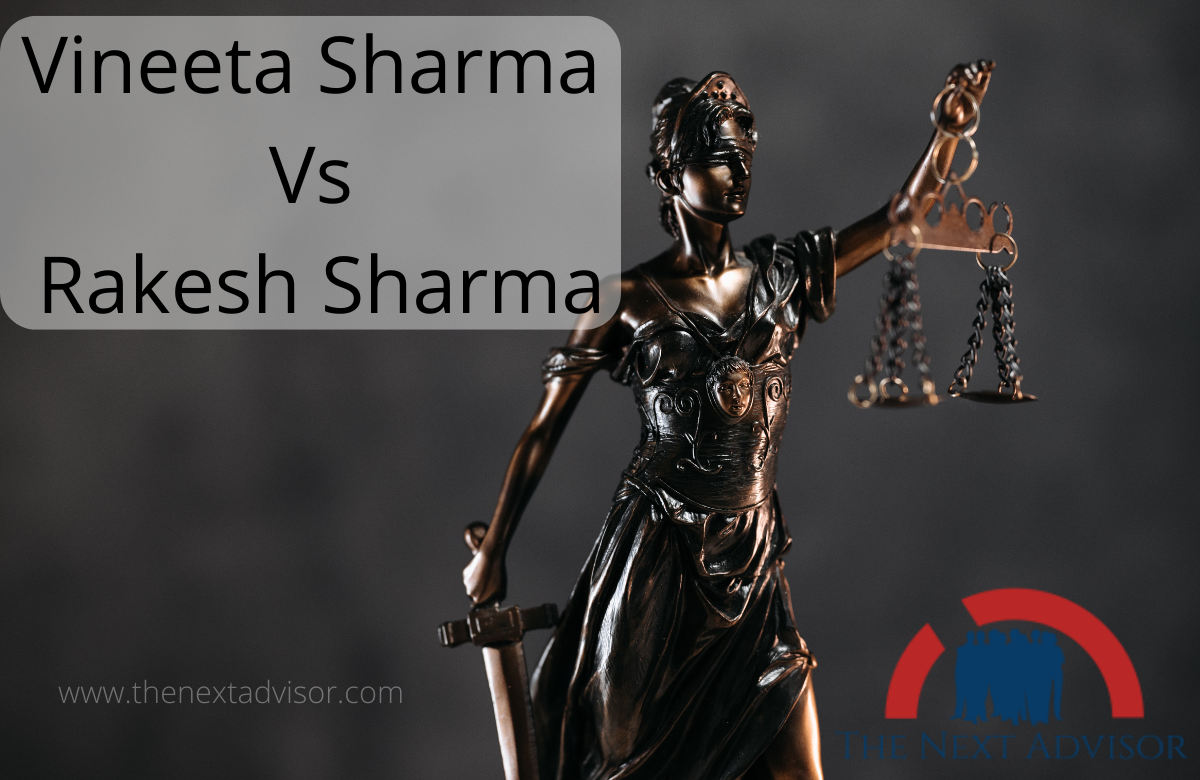 The case named Vineeta Sharma Vs Rakesh Sharma, is the case of the Hindu Succession Act, 1956. Hindu succession act, 1956 talks about the succession and inheritance of property. This act provides as to what amount of property will be inherited with whom. This act says that there are two types of property or the property are classified under two heads:

Under the Hindu succession act, 1956, the word coparcener is of utmost importance. This act provides the provision of inheritance of the ancestral property to only the coparceners.

Coparcener simply means where the lineage is of the same ancestor and of the same bloodline. It means that only male members ought to be the coparcener and have the right to inheritance of the coparcenary property. The problem of the Hindu succession act, of 1956 was only this that coparceners were only the male lineage group, and females or daughters were barred from being a coparcener.

The rule of survivorship was followed under the coparcener concept and the property would be devolved in accordance with the survival of the coparcener.

The amendment of 2005 brought about several changes in the Hindu Succession Act, of 1956. The survivorship rule of succession was abolished and two separate succession rules were established, namely :

Under testamentary succession, the ancestral property can never be devolved. Whereas if a person dies intestate then the Hindu Succession Act 1956 provision will be entertained where the property will devolve according to the class – I, Class – II, Class – III ( Agnates ), and classic heirs ( Cognates ).

5. Widow of a Pre deceased son.

7. Daughter of a Pre deceased son.

8. Widow of a predeceased son.

10. Daughter of a predeceased son.

11. Daughter of a Pre deceased daughter.

13. Son of a Pre deceased daughter.

Two important changes that were adopted under the 2005 amendment were:

1. Daughters are coparcener since birth. 2. Daughters will have equal liability.

But the amendment of 2005 also put forth certain conflicting questions as to whether on the particular date of 9th September 2005, the father has to be alive or even if the father has died before 2005 the daughters can claim equal shares in the ancestral property.

This is a landmark case comprising of 2 judge bench, Justice Anil Dave and Justice A.K Goyal. The apex court, in this case, held that for the devolution of property to the daughter the father has to be alive on the date mentioned i.e. 9 September 2005. The honorable court held that the property will only devolve from a living coparcener to a living daughter.

Though the coparcener died in 2001 and the amendment is not retroactive, it applies to the present case because the partition became final only when the decree was issued from the lower court. The amendment was passed in the interest of gender equality under the law, and daughters now have the same rights as sons with respect to commonly owned property partitioned after the amendment to the Act, regardless of when they were born.

Whether the amended Section 6 of the Act of 2005 requires the coparcener to be alive as on 9th September 2005, for the daughter to claim rights in the coparcenary property?

The Court also added that the concept of uncodified Hindu Law of unobstructed heritage has been given a concrete shape under the provisions of Section 6 ( 1 ) ( a ) and 6 ( 1 ) ( b ) and that the coparcenary right is by birth and therefore, it is not at all necessary that the father of the daughter be living as on the date of the amendment, since she had not been conferred with the rights of coparcener by obstructed heritage. As such, the Hon’ble Supreme Court did not consider the decision in the Phulavati case to be a good decision in so far as this aspect is concerned.

Whether the amended Section 6 of the Act of 2005 is prospective, retrospective, or retroactive?

The words prospective, retrospective and retroactive differ in their meanings. A statute or statutory provision/amendment that has a prospective application creates new rights and obligations from the date it comes into force. Conversely, retrospective effect means that the statutory provisions operate backward and take away or impair rights that were already vested in a person, attach a new disability, or impose a new obligation or duty on past transactions and actions.

A retroactive statute or provision is one that applies subsequent to its enactment, but its operation or application is based upon status or character that has arisen or been acquired prior to it, drawn from antecedent events. The court has explained that the 2005 amendment to Section 6 of the HSA gives a right to daughters, by birth, in a Hindu coparcenary.

The right can be claimed prospectively, on and from the date of the amendment in 2005. However, it is based on the birth of the daughter which is an antecedent event. Hence, the court clarified that the 2005 amendment has a retroactive effect.