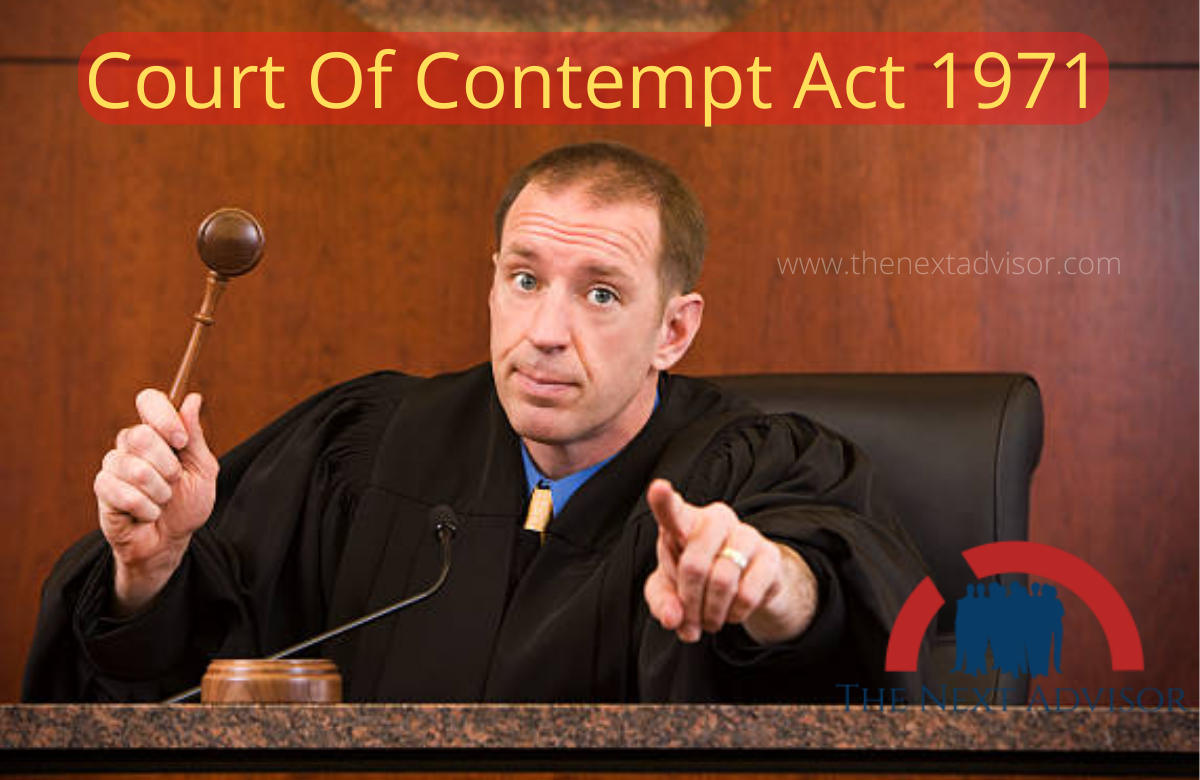 The jurisdiction to punish for contempt touches upon two important fundamental rights of the citizens, namely, the right to personal liberty and the right to freedom of expression. Heads of income Committee – 1961. It was, therefore, considered advisable to have the entire law on the subject scrutinized by a special committee .

In pursuance of this, a committee was set up in 1961 under the chairmanship of the late H N Sanyal, the then additional solicitor general. The committee made a comprehensive examination of the law and problems relating to contempt of court in the light of the position obtained in our own country and various foreign countries.

The recommendations, that the committee made, took note of the importance given to freedom of speech in the Constitution and of the need for safeguarding the status and dignity of courts and the interests of the administration of justice. The recommendations of the committee have been generally accepted by the government. C.K Daphtary vs. O.P. Gupta.

A case of contempt is C.K. Daphtary v . O.P. Gupta ( 19711 SCC 626 ), the respondent published and circulated a booklet in public purporting to ascribe bias and dishonesty to Justice Shah while acting in his judicial capacity. Mr. C.K. Daphtary, along with others, filed a petition alleging that the booklet has scandalized the judges who participated in the decision and brought into contempt the authority of the highest court of the land and thus weakened the confidence of the people in it.

The Supreme Court, in examining the scope of the contempt of court, laid down that the test in each case is whether the impugned publication is a mere defamatory attack on the judge or whether it will interfere with the due course of justice or the proper administration of law by the court .

CONSTITUTION OF INDIA For the concept of Contempt of Court,

The Contempt of Court Act, of 1971 was passed which dealt with such a concept. Articles 129 and 215 of the Constitution of India empower the Supreme Court and High Court respectively to punish people for their respective contempt. Section 10 of The Contempt of Courts Act of 1971 defines the power of the High Court to punish contempt of its subordinate courts. The power to punish for contempt of court under Articles 129 and 215 is not subject to Article 19 ( 1 ) ( a ) .

The elements generally needed to establish a contempt are

1. the making of a valid court order,

2. knowledge of the order by the respondent,

3. the ability of the respondent to render compliance, and

4. wilful disobedience of the order.

Under Section 2 ( b ) of the Contempt of Courts Act of 1971, civil contempt has been defined as wilful disobedience to any judgment, decree, direction, order, writ, or another process of a court or wilful breach of an undertaking given to a court.

Under Section 2 ( c ) of the Contempt of Courts Act of 1971, criminal contempt has been defined as the publication ( whether by words, spoken or written, or by signs, or by visible representation, or otherwise ) of any matter or the doing of any other act whatsoever which :

( ii ) Prejudices, or interferes or tends to interfere with the due course of any judicial proceeding, or

( iii ) Interferes or tends to interfere with, or obstructs or tends to obstruct, the administration of justice in any other manner.

The Limitation period for actions of contempt has been discussed under Section 20 of the Contempt of Courts Act of 1971 and is a period of one year from the date on which the contempt is alleged to have been committed .

There can be no doubt that the purpose of contempt jurisdiction is to uphold the majesty and dignity of law courts and their image in the minds of the public is in no way whittled down. If by contumacious words or writings the common man is led to losing his respect for the judge acting in the discharge of his judicial duties, then the confidence reposed in the courts is rudely shaken and the offender needs to be punished. In the essence of the law of contempt is the protector of the seat of justice more than the person sitting the judge sitting in that seat.