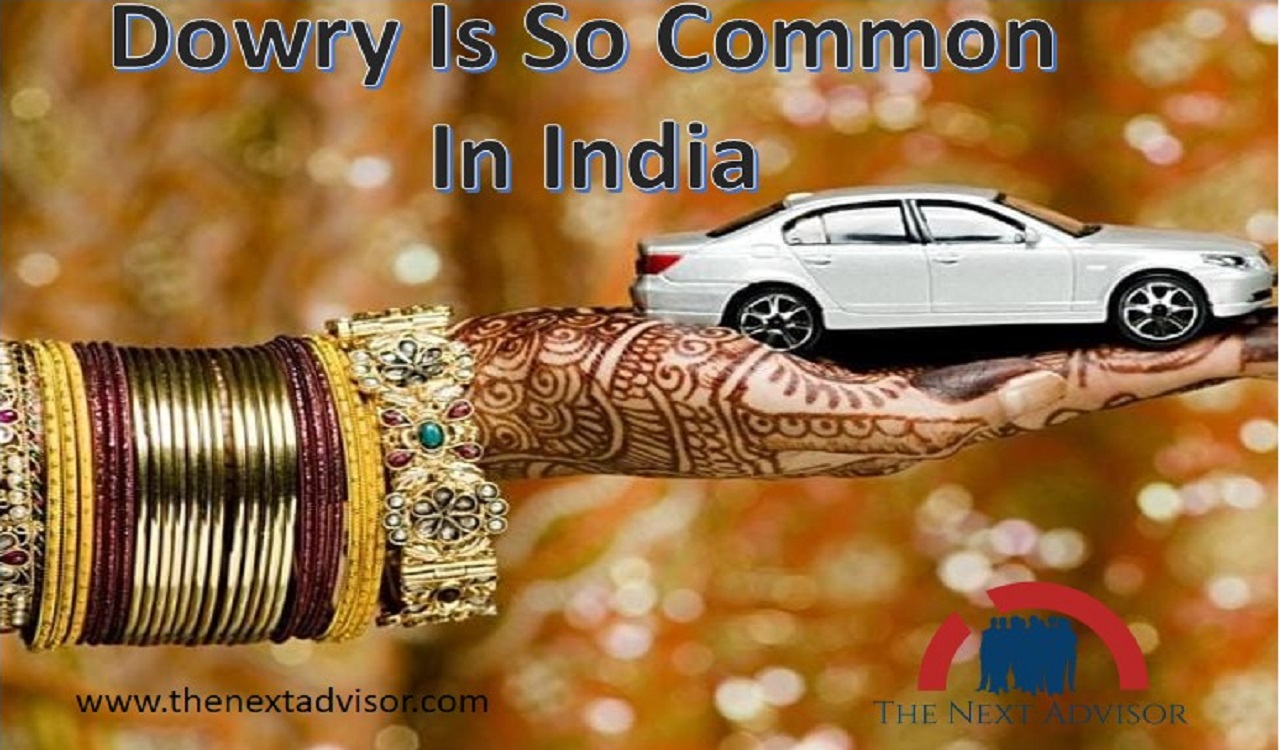 I would like to put your attention on the point that dowry is so common in India. Section 498A of IPC is related to Dowry. Section 304 B of the Indian Penal Code gives punishment to dowry death. One video was viral of Sindhu Sharma, and after this video went viral, the ex-judge also put pressure on Sindhu from making a statement against him in court. the court conviction rates in dowry cases are low because of such pressure and threats. in Sindhu Sindhu Sharma’s case, it resulted in domestic violence, but in some cases, the consequences can be worse. in India, nearly 8000 dowry-related deaths are reported every year.

The real number is probably higher since many cases go unreported and violence is just one consequence or dowry. there are consequences too. for example, sex-selective abortions and female infanticide i.e. when the family discovers the gender of the unborn child and decides to abort it if it is a girl; or kill the girl child once it is born.

Dowry is so common in India

Researchers have found some evidence regarding it too. for example, in the 1980s. there was a huge rise in international gold prices. researchers have found that this led to an increase in girl mortality since parents probably perceived raising a girl as a financial burden due to dowry. in addition, dowry has a significant impact on a family’s financial decisions. because research has shown that the value of dowry is nearly equal to a household’s annual income. and families with a girl child start saving more to fund their dowry.

Whereas, if they had a boy they would invest the money in business. the phenomenon of dowry is not limited to India. it was a common practice in Europe. Portugal had gifted Bombay to the British as part of the dowry of a royal wedding. moreover, in 1962, a Greek princess was being a dowry for her marriage. but it is interesting that due to economic development,

The phenomenon of dowry decreased in Europe, but rather than decreasing in India. it increased. in the 1930 s, less than 40 percent of marriages in India witnessed a dowry. this figure rose to 90 percent in 2000. this has been a topic of debate among scholars and it is what you will see here. now you ask; why is it important to know the cause for the increase in dowry in India?

It is important because unless we know what is causing the increased adoption of dowry, how would we stop this practice/there are so many theories that try to figure out the origins of the dowry system in India and to find out why the dowry system is so common in India. one theory states that it originated as concepts of Kanyadaan and Stree-Dhan, where the Hindu families donated something of value to their daughters. according to the traditions in the past, a daughter had no share in her family’s property.

In the absence of such legal rights, dowry was offered as compensation to the daughters. but today, the meaning of dowry has changed. in the past, it was offered to the daughters, now it is being offered to her in-laws. nowadays, dowry is more identifiable with the concept of ‘groom price’ in which the amount of dowry payment is decided by the ‘market value o the groom’. this market value could depend upon his caste, education, salary package, or type of job. this ‘groom price’ is opposed to the idea of the ‘bribe price’, where instead of the groom, the bride is paid.

The woman/bride used to work for her family. as after her marriage, she would no longer be able to work for her family, the ‘bride pride’ was paid as compensation to the family. And in India women from lower castes are more likely to work than women from upper castes. upper-caste families value ‘honor’ that prevents them from letting their women go outside the house for work.

For example, Raja Ram Mohan Roy, not only spoke against dowry, but also against practices like the sati system, Utah system, caste system, and child marriage. unfortunately, many of us know only a little about their lives. why is the practice of dowry increasing in India despite economic development?