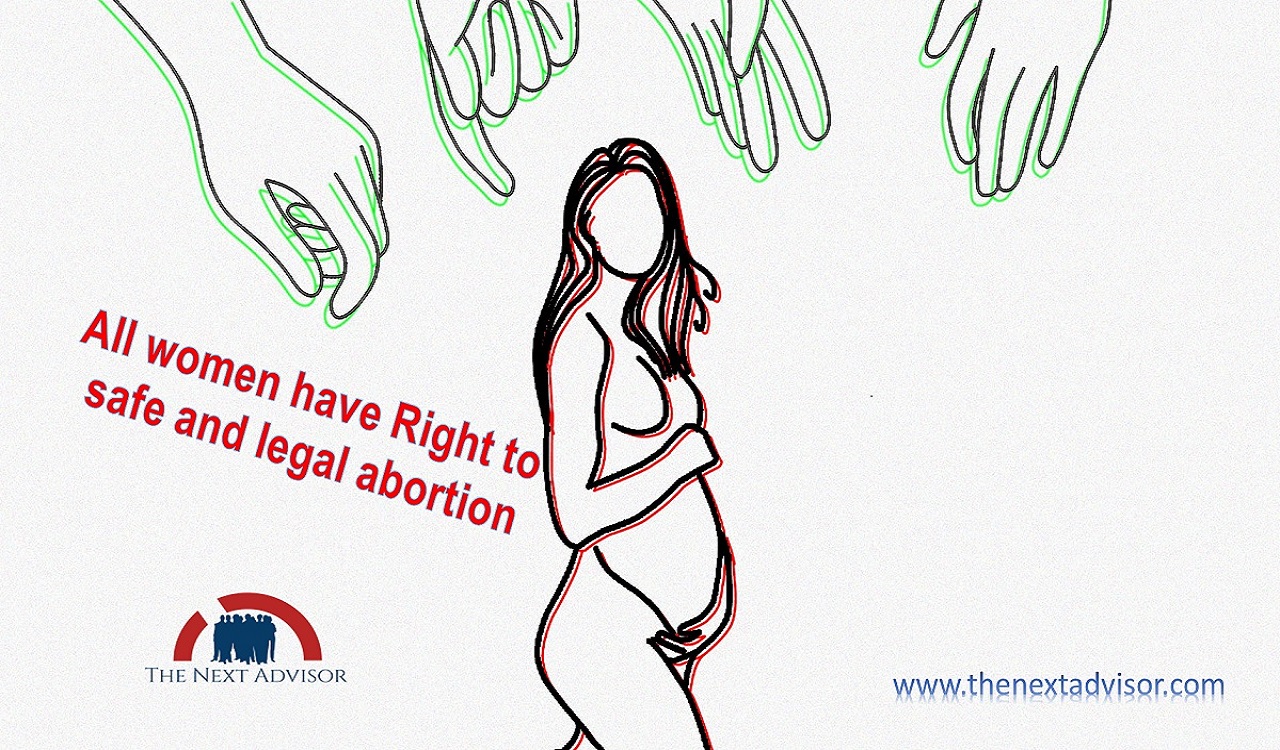 All women, married and unmarried have to right to safe and legal abortion.

A 25-year-old pregnant woman had moved the Supreme Court seeking permission for terminating a pregnancy of 223 weeks after the Delhi High Court declined her plea. She told the court that the pregnancy was a result of a relationship and that she wanted to terminate her partner had refused to marry her. In this case, Supreme Court held that right the Medical Termination of Pregnancy Act, available to unmarried ones means all Women Have the Right to a Safe & Legal Abortion.

They would determine ” if the continuance of the pregnancy would involve a life of the pregnant woman or grave injury to her physical or mental health or there is a ” substantial risk ” that if the child were born, it would suffer from physical and mental abnormalities as to be seriously ” handicapped ” to terminate the woman’s pregnancy. In 2021, parliament amended the law and allowed for termination under the opinion of one doctor for pregnancies up to 20 months pregnancies between 20 and 24 weeks, the amended law the opinion of two doctors.

For the second category, the Rules specified seven categories of women who would be eligible for seeking termination. Section 3B of rules prescribed under the MTP Act readers.

All women have Right to safe and legal abortion. .

The following categories of women shall be considered eligible for termination of pregnancy under clause (B) of section (2).

section 3 of the Act, for twenty-four weeks, namely :

(a) Survivors of sexual assault or rape or incest ;

(c) changes of marital status during the ongoing pregnancy ;

(d) women with physical disabilities under the Right of persons with Disabilities Act, 2016 ;

(f) The fetal malformation that has a substantial risk of being incompatible with life or if the child is born it may suffer from such physical or mental abnormalities to be serious as may handicap;

(g) Women with pregnancy in humanitarian settings or disaster in emergencies as may be declared by the Government.

The bench said the artificial distinction between married and unmarried women cannot be sustained and that women must have the autonomy to have free exercise of these rights, and held that every Women Have Right to Safe & Legal Abortion. Reproductive autonomy is closely linked to bodily autonomy, the court ruled that the right to choose contraception, the number of children, and whether or not to abort have to be taken without the influence of social factors. The consequences of unwanted pregnancy on a woman cannot be terminated and the health of the fetus depends on the mental well-being of the court held the interpretation of the MTP Act had to reflect society.

The bench referred to parliament statistics on unsafe abortions and to a Global Health Study by the British journal which concluded that 67 percent of abortions were access to safe abortion will increase people. Pointing to the abortion rights for rape survivors, the court said married women may also form part of a class of survivors of sexual assault and rape as a woman may become pregnant on account of a non-consensual act by the husband. The court said the meaning of rape must include the meaning of marital rape within the meaning of the MTP Act and Rules.

The court also held the MTP Act and the protection of children from sexual offenses Act had to be read. Harmoniously and there is no need to disclose the identity of minors under the MTP Act. The bench ruled pregnancy is the prerogative of a woman and the circumstances may vary for each, and various economic, cultural or social factors play a part in this.