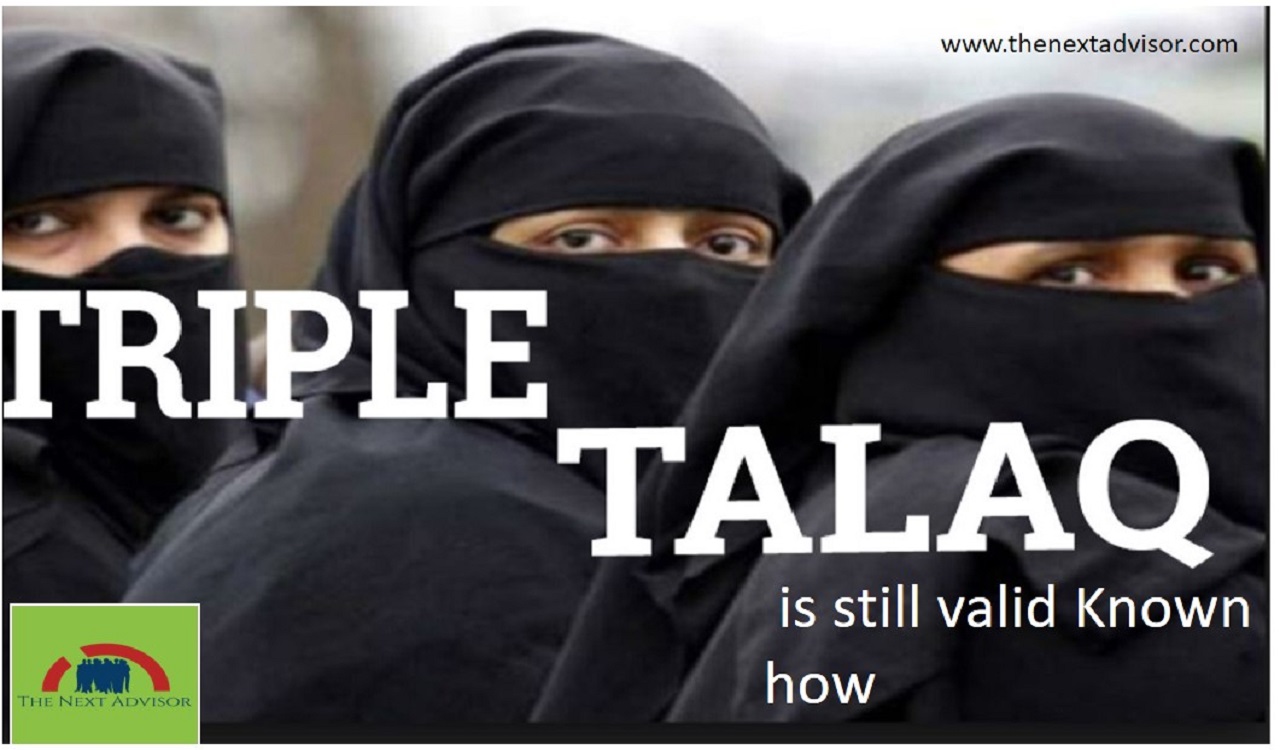 Hi Friends, Today I am going to explain a topic about whether Triple Talaq is still valid know-how.

Triple Talaq is an Islamic practice where a Muslim man was allowed to divorce his wife. if he says three times Talaq, Talaq, Talaq then that amounts to a divorce. the worst part about this is the husband does not need to give a reason to his wife. Even if his wife is not in front of his husband and the husband says a Talaq then it also amounts to a valid divorce.  now, it was discreetly.  now, it also sees that the women even after 6 months come to know that the husband is given them a Triple Talaq 6 months or 1 year ago.

And he was staying with them. It becomes discriminatory against the government. At that time this law is valid in India. So, in 2017 the matter went to the Supreme Court and the judgment was passed in 20 seconds. Now, in this particular judgment, this is clearly against the right to equality.   That our Constitution says have men and women have the same right even the third gender also have the same amount of rights in our Country. It is mentioned in article 14.

So we want to understand however the Supreme Court held this is not even an essential legal practice so, we do not need this kind of practice in our law. So the Supreme Court finally on 22 Aug 2017, this is an unconstitutional, Discriminatory, clearly Arbitrary practice. Now, there was another problem with this from 22 Aug 2017 to 26 Aug 2017 for 4 months. It shows that even after this decision more than 100 triple Talaq occurred in India. this is unconstitutional.

The problem here was that even the Supreme court made it unconstitutional. There was no punishment prescribed for it. So, Government realizes that we do to make some punishments for it. firstly, the Government make Muslim women protection of rights In the Marriage Ordinance 2018. This came in Sep. 2018. government make the Muslim Women Protection of Rights on Marriage Act 2018. under this law – That anybody that enters into this practice of triple talaq. We were given imprisonment of 3 years.

And will also be liable for a fight. So everybody felt that the problem is now solved. How where were that was no so that happens particularly from last 3 to 5 years. What is Talaq eye Hasan ? So, Talaq ey Hasan is also an Islamic practice Where a Husband can pronounce a Tripple Talaq but not pronounce it at one time. If I say Talaq in September then I have to do it again in October, and the in November. And in that period you can even consummate the relationship. However, the Supreme Court held that this is also arbitrary.

Because women also have rights which have Khula. now, What is khula? It is also a kind of divorce in Islam. So, in it, it is given to mutual consent but insisted on by the women. So, what is the consent the husband does not consent to it? So, in that particular scenario, the women can go to certain religious persons. It is very important to understand that it is irrevocable. Irrevocable means that the Muslim woman will have to marry somebody else and then she can marry him. Now, something very important that all of us needs to understand right now.

If we talk about the Hindu marriage,  so it consists of a sacrament. where Muslim marriage is a social contract? and there is some consideration in a contract and they say it Mehar or Drawer.

So, I was like to know your opinion about Triple Talaq is still valid is right or wrong?