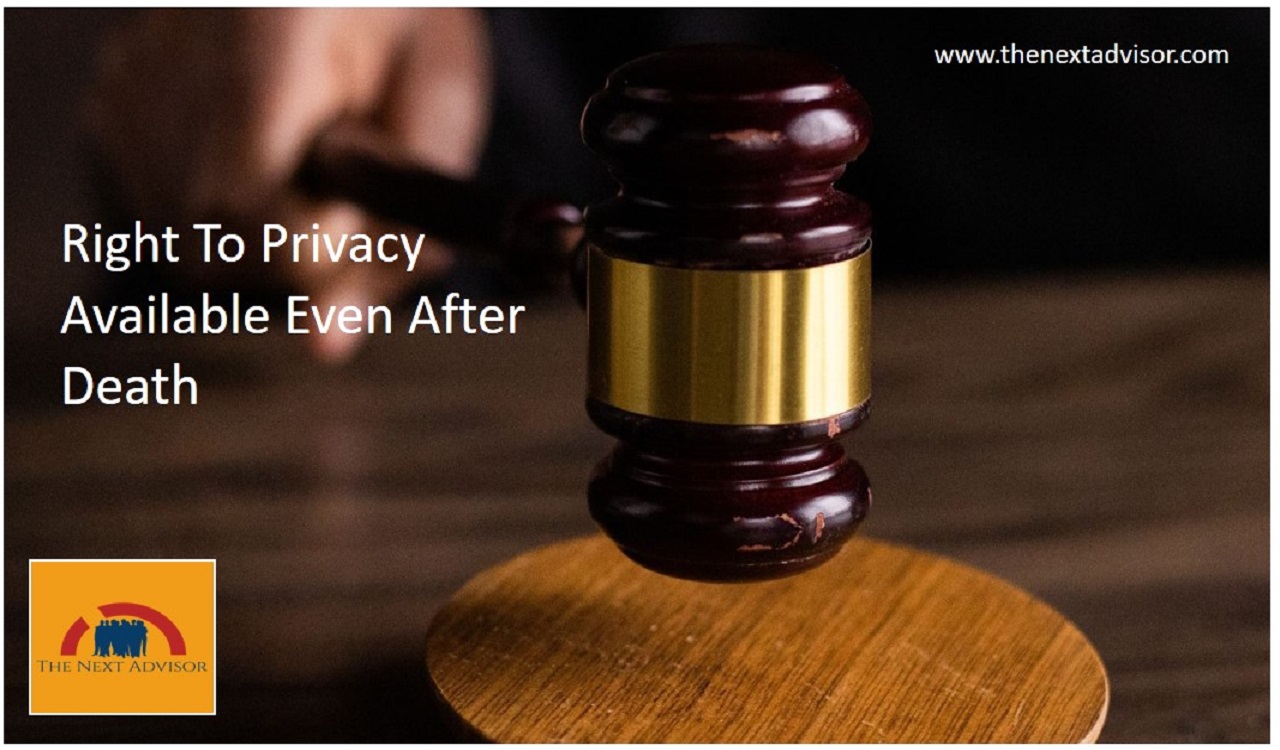 The right to privacy available even after death includes the right to be forgotten:

Calcutta HC. Defined as the Right To Privacy Available Even After Death ” absence pr avoidance pf publicity or display; the state or condition from being withdrawn from the society of others, or public interest; seclusion ” In this case, a warrant was issued under section 96(1) of the penal procedure to search the premises of the Dalmia group, A power of search and seizure is in any system of hurispru riding power of the state for the protection of social security regulated by law. When the constitution makes a regulation to constitutional limitations by privacy, analogous to the American Fourth import it, into a different fundame construction.

“ Kharak Singh was charge-sheeted in case of dacoity and was later released due to evidence. But, the police put him under surveillance including picketing of the house, domiciliary visits at night, inquiries, etc. The petitioner challenged these provisions as an infringement of his fundamental right under Article 19(1)(f) and Article 21. The court ruled against domiciliary visits by the police regulations but held that the no right to privacy was enshrined in the constitution.

However, justice Subba Rao dissented and held that privacy is part and parcel of liberty that is enshrined under Article 21 of the constitution. Techniques such as Marco-analysis, polygraph examination, etc . that force an individual to incriminate themselves were challenged. The court for the first established a relationship between article 20(3) and privacy. The court held that criminal law allows the authorities to incade the physical privacy of individuals by conducting interrogations and an individual has a choice to respins to the questions posed by the investigation authorities.

The same cannot be allowed when an individual cannot accord his consent during tests such as narco-analysis, polygraph analysis, and brain mapping techniques. In a landmark judgment delivered in 2017, the Supreme Court ruled that the right to privacy is a fundamental right from Article 21 of the constitution.

Right to be forgotten – Jorawer Singh V Union of India. In this case, an American citizen was acquitted in a case registered against him under the NDPS ( Narcotic Drugs and Psychotropic Substances ) Act, 1985, but was facing employment because his name was still being presented in a judgment delivered using a simple google search.

The court invoked the right to be forgotten emanating from the privacy and ordered Google and India Kanoon to take down the judgments, as they were causing great harm and prejudice to the petitioner-  Calcutta HC directed the Kolkata police to immediately ” withdraw ” the Whatsapp messages and photographs -of a deceased woman with her friend, that were disclosed by it under the RTI Act,  Halo observed that right to privacy also includes the belief that a person should be allowed to carry their secrets to the grave.

” The obligation assumes a higher moral ground since the deceased cannot legend oneself against the belief that a person should be allowed to carry his/her secrets to the grave. ” The court said the concept of personal space and information also carries with it the right to be forgotten. “ Any information shared with another or put in the public domain does not the information of the source must remain in public memory for all times other words, concomitant to the right of private information is the from public memory.

” Court also highlighted that section 8(j) of the RTI bars disclosure information which has no relationship to any public or information officer is satisfied that public interest justifies.