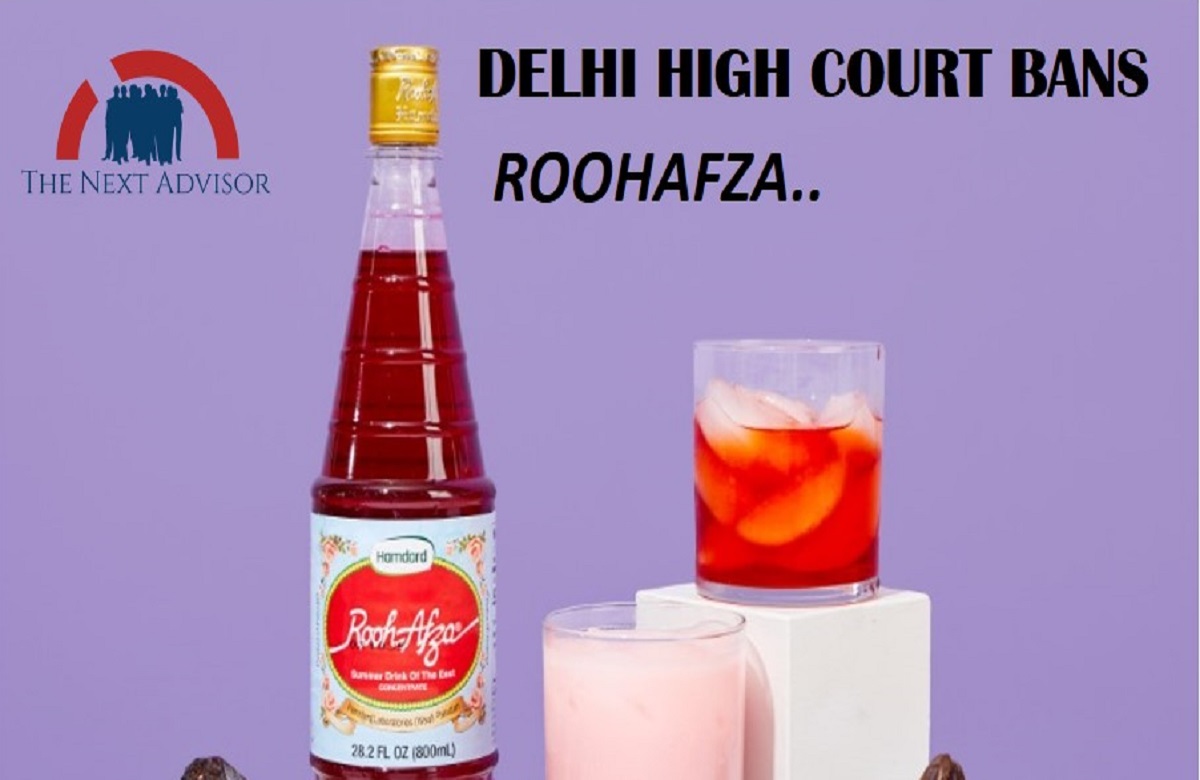 Delhi High court has directed Amazon to remove the listing of a drink manufactured by a Pakistani company under the name “Rooh Afza ” from its platform in India. And Delhi High Court Bans Rooh Afza …

The order, passed on September 7, came in a plea filed by the Indian social welfare NGO Hamdard National Foundation saying some of the “Rooh Afza ” listed on the e-commerce site in India are not manufactured by Hamdard Laboratories (India),

But by a Pakistani company whose details are not mentioned on the packaging.

Let us see what is the opinion of the Honorable Supreme Court and why Delhi High Court Bans Rooh Afza …?

The court said: “Rooh Afza is a product which has been consumed by the Indian public for more than a century now, and its quality standards have to comply with the applicable regulations prescribed by the Food Safety and Standards Act and Legal Metrology Act.

Surprisingly, an imported product is being sold on Amazon without complete details of the manufacturer being disclosed.

The formula for the sherbet was invented by Hakim Hafiz Abdul Majeed, who owned a small clinic that practiced Unani, an ancient tradition of Graeco- Arabic medicine that continues to be popular in the Middle East and some South Asian Countries. Unani is recognized by the Ministry of AYUSH as one of the “Traditional & Non-conventional systems of health care and healing which include Ayurveda, Yoga, Naturopathy, Ubabi, Siddha, Sowa-Rigpa, and Homoeopathy, etc.

After the partition of India and the creation of East and west Pakistan, Rabea Begum’s elder son Hakim Abdul Hamid stayed in India, while the Younger son, Hakim Mohammed Said, moved to West Pakistan. This is why the Hamdard National Foundation owns the right over the drink in India, while Hamdard Laboratories (Waqf) manufactured it in Pakistan. Earlier in 2019, following reports of the syrup shortage in India close to, Hamdard Laboratories Pakistan offered to supply Rooh Afza via the Wagah border as permitted by the Indian government.

Apart from the violation of Hamdard’s rights over Rooh Afza, the listing of Pakistan-manufactured products was found to be lacking the contact details of the manufacturer, meaning a consumer would find it difficult to distinguish between the Indian – and Pakistani-made syrups.

The court also said in an order that when the option to view selected sits the Hamdard store selected in a Pakistan-based product listing, the user was directed to the Hamdard Laboratories India Website.

The Bench said since Amazon claims to be an intermediary, which is a medium, the provides a platform for interaction between people, it has an obligation to the names of sellers and their contact details with the product listings.

It directed Amazon to file an affidavit clarifying whether such details are mentioned on the Rooh Afza product listings, invoices, and product labels.

Amazon was asked to file the affidavit within four weeks. The next hearing in the matter is on October 31.