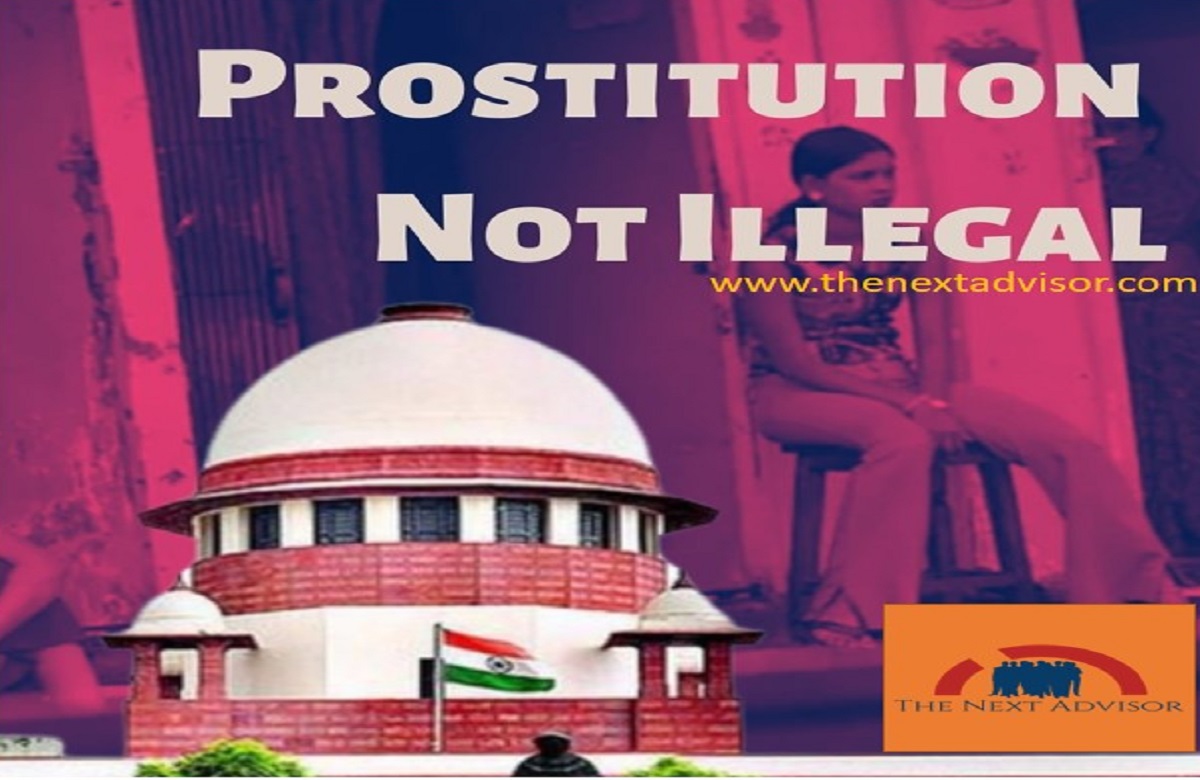 Hello Friends, Honorable Supreme Court give some guidelines while delivering the petition of the case named Buddhadeb Karmaskar Vs. State Of West Bengal &  Ors. and Supreme Court said at the time of judgment that Prostitution is a legal profession.

Recently, the supreme court issued some guidelines on prostitution, the Supreme Court has said that Prostitution is a legal profession.

The Supreme Court bench which was while doing Singhahi says that if someone is doing this work of his own volition, then the Police should refrain from interfering with him. He said that such a person has the right to lead a dignified life under Article 21. So after this judgment of the Supreme Court, the subject of discussion in the country is prostitution. If we talk about the Indian Penal Code, then according to IPC, prostitution is not a crime.

But some activities are punishable rich as

luring someone into prostitution in public places.

Handling of prostitution-related items in hotels.

According to a law, if a woman is found telling or telling someone, she can be arrested, along with this the call girl is not allowed to her phone number public. If found doing so, there can be a punishment of 6 months and there is also a provision fine. But if we look at Article 23 of the Constitution of India, it comes to know that any action related to human trafficking can come under the purview of crime, such as forcible making someone work and human trafficking has been said to be prohibited in it.

Supreme Court has said that Prostitution is a legal profession. It is a very appreciate judgment and it will make a drastic change in the thought process and thinking pattern of the normal and senior citizens of the society. It is a very hilarious judgment but to live with dignity is also the right of the Prostitutes. Prostitutes also have the same and equal rights as other people because they are also Indian citizens.