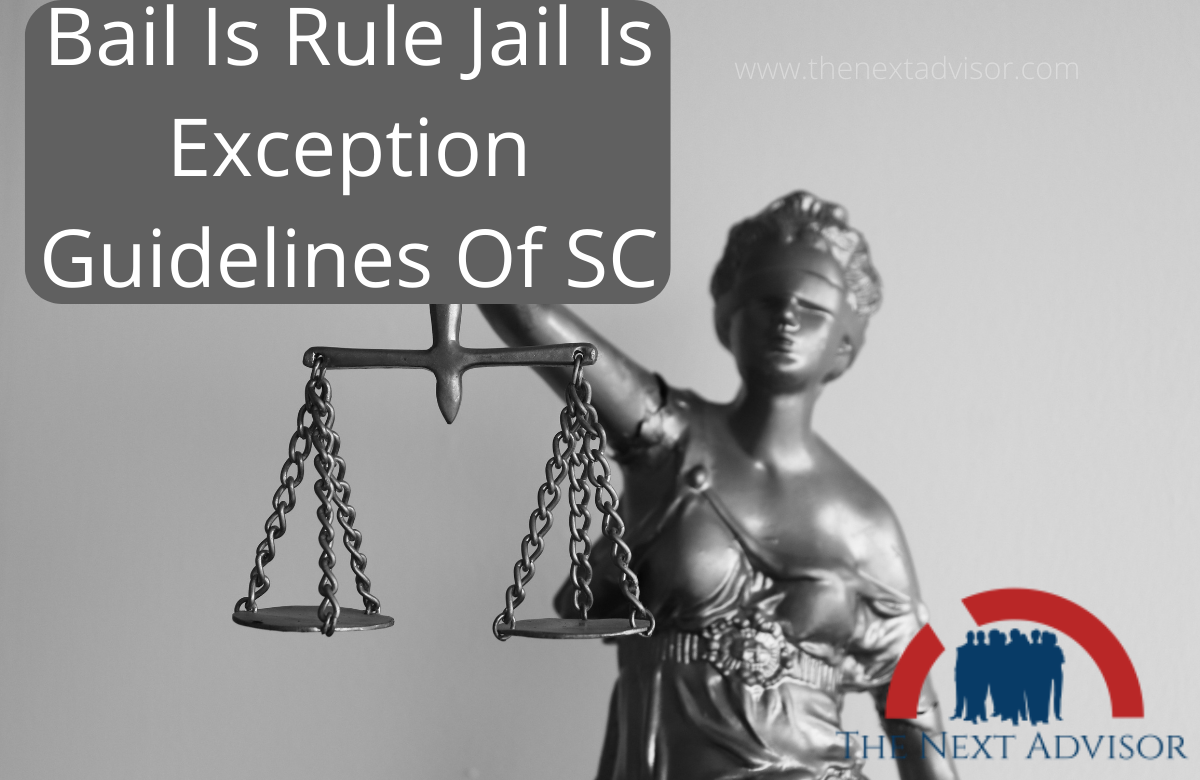 In Satender Kumar Antil Vs Central Bureau Of Investigation, Supreme Court has given the guidelines of bail and said that Bail is the Rule and Jail is the exception.

• Context of the Judgment – Rejection of bail applications and subsequent Appeals despite the guidelines issued from time to time.

• A large chunk of prisoners in the jails are undertrial prisoners ( 2 / 3rd of all prisoners ).

The majority may not even be required to be arrested despite registration of a cognizable offense, being charged with offenses punishable for 7 years or less. They are not only poor and illiterate but also would include women

• The Court also said that the problem is caused mostly due to unnecessary arrests, which are carried out in violation of Section 41 and 41A of the CrPC & 2014 judgment of Arnesh Kumar

• The Code of Criminal Procedure nowhere defines the term ‘ trial, the court stated that an extended definition should be given to the word ‘ trial and divided it into two – stages for the purposes of the grant of bail.

• The court reiterated that bail is the rule and jail is the exception. This is the touchstone of Article 21 of the Constitution.

• Presumption of innocence until proven guilty is another cardinal principle of criminal law.

• Cases involving the issuance of warrants

• Granting of bail both before and after conviction

• Exercise of the power by the investigating agency and the court

• Violation of the bail conditions, execution of bond, and sureties on the unassailable principle of presumption and right to get bail.

• Exceptions have been carved out as mentioned in Schedule I dealing with different contingencies and factors including the nature and continuity of offence.

The court referred to its 2014 judgment of Amesh Kumar v State of Bihar in order to give a commentary on arrest by police officers. In this case, it was held that a police officer before the arrest, in such cases, has to be further satisfied that such arrest is necessary to prevent such person from committing any further offence ; for proper investigation of the case; or to prevent the accused from causing the evidence of the offence to disappear, or tampering with such evidence in any manner ;

The court held that it is high time that a separate Bail Act should be enacted.

The provisions of Section 41 and 41A of the Code of Criminal Procedure are mandatory and any dereliction of duty on the part of the police officers should be reported to the higher authorities.

• There has to be strict compliance with Section 41 and 41A and any non-compliance would entitle the accused to bail.

• There need not be any insistence on a bail application while considering the application under Section 88 ( power to take bond ), 170, 204, and 209 of the Code.

• The State and Central Governments will have to comply with the directions issued by this Court from time to time with respect to the constitution of special courts.

• The State Governments and Union Territories are directed to issue standing orders for the procedure to be followed in Section 41 and 41A of the Code of Criminal Procedure.

• The Judgment of this court in Siddharth v State should be strictly adhered to and merely because a charge sheet has been filed would not ipso facto be a ground for arrest.

• While insisting upon sureties the mandate of Section 440 of the Code has to be kept in mind.

• The High Courts have been directed to find out undertrial prisoners who are unable to bail conditions, so that appropriate action can be taken under Section 440 of the facilitate their release