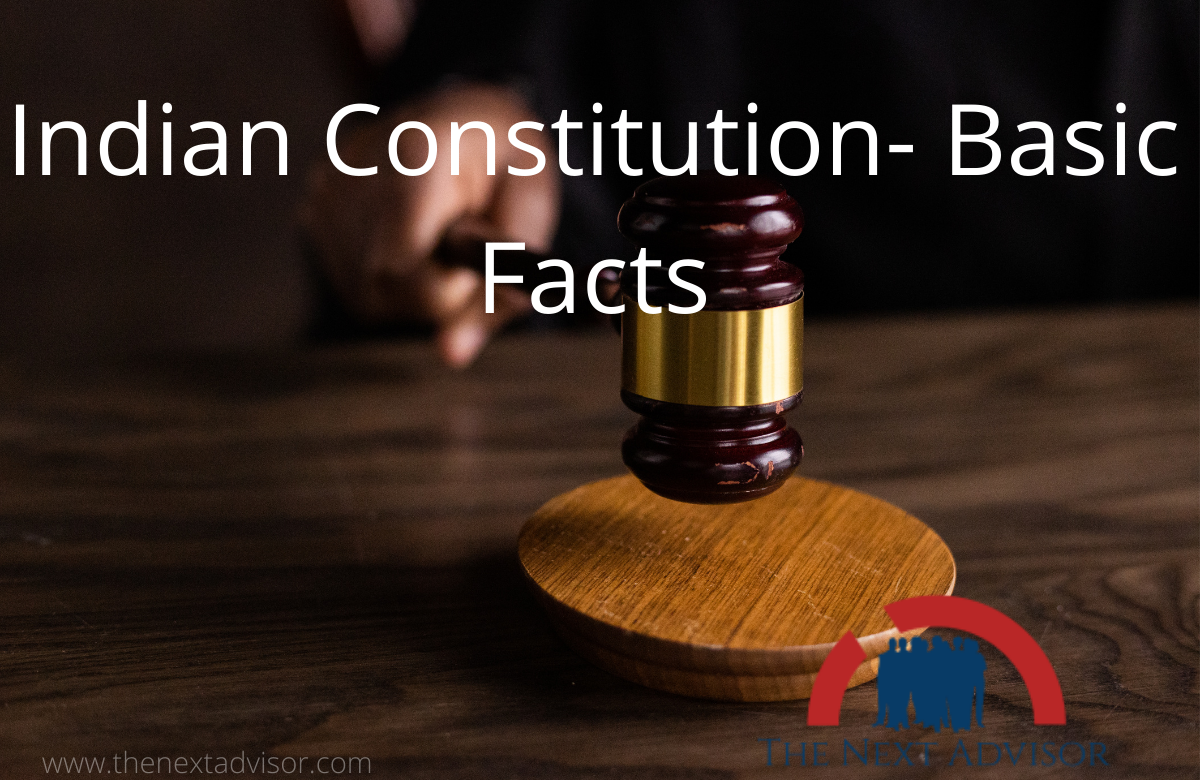 Some interesting facts about the constitution. 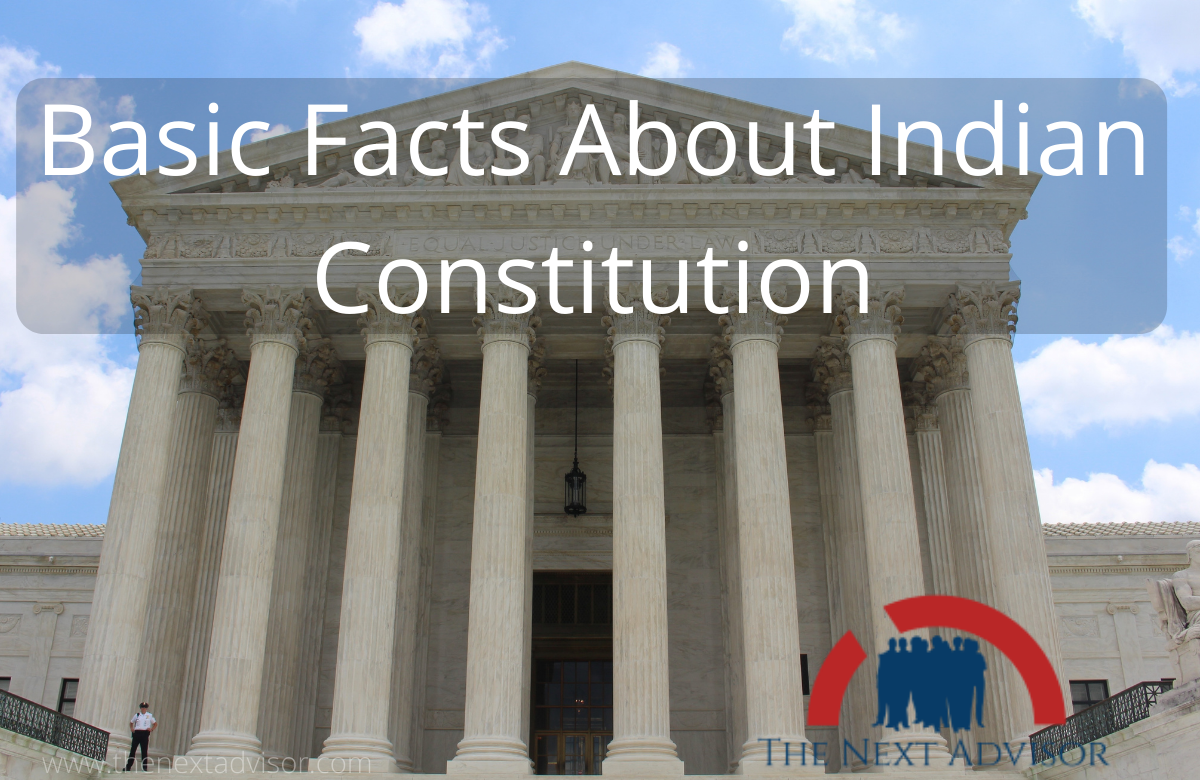 Five-year plans have been borrowed constitution of the USSR/Soviet Union. Now here again the scope for confusion, if you are asked from which country has been borrowed by their plans and Russia, is one of your options that’s not the right answer it is the Soviet Union or USSR which is undivided Russia.  The Constitution was originally written in two languages Hindi and English. Artist from Shantiniketan decorated the pages of the Constitution. The Constituent Assembly was made for the first time in December 1946. It to the three years complete the drafting of the constitution. The final draft of the constitution was adopted on November 26, 1949, this is also known as the lawyers say. The constitution came into force on January 26, 1950N which we celebrate as Republic day.

The preamble to the constitution

42nd amendment is also known as the Mini constitution. It was brought about in 1976 and it made the following key changes. Firstly that is the word secular to the Preamble. When Constitution was drafted initially in 1949 word secular is not a part of the original constitution, it was added in 1976 and India became a Sovereign, Socialist, Secular, Democratic, Republic State. It also added Article 51A which contains the fundamental duties. Swaran Singh Committee Report stresses the inclusion of fundamental duties in the constitution because around that time the emergency had happened in the wanted more protection in the constitution therefore fundamental duties were also included. Four new Directive Principles of State Policy were also added.

The 44th amendment was brought in1978. It made the right to property a legal right from a fundamental right. Before 1978 right to property was a fundamental right but after 1978 right to property became a legal Right. The Fundamental right is constitutionally guaranteed but legal right is not does not find a place in the constitution it is guaranteed to you by the virtue of some law or statute. Tt also added the ground of internal disturbance and armed rebellion as a ground of imposition of emergency. This is available for not declared emergency this account was added after 1978. One more directive principle which article 38 was also added by 44th Amendment. This directive principle required the state to minimise inequalities in income status facilities and opportunities. 44th Amendment also reached in the power of the Parliament to extend the proclamation of president rule beyond one year. It had to be extended after one year it could only be done for six months and had to be ratified every time it has to be extended for another period of Six Months. But the Parliament could extend the president rule beyond one year if it had to and need to take approval.

Right to freedom of religion,

Cultural and educational rights, and

Wherein it was held that the fundamental rights only be amended if the amendment does not alter the basic structure of the constitution.  Certain parts of the constitution were held as the basic structure of the constitution and it could not be amended.  The fundamental rights can be suspended during National Emergency except for the right enshrined under articles 20 and 21. Now Article 21 talks about the right to life and Article 20 talks about how you can not be tried for the same offence was under the same law. So these rights cannot be suspended during a national emergency.

So, the fundamental duties have been added by the 42nd Amendment brought about in 1976. It was contained in chapter IV- A of the Constitution and enshrined in Article 51-A of the Constitution. Initially, there were only 10 fundamental duties. Now, 86th Amendment added the 11th Fundamental Duty. Parents must send children between the ages of 6-14 to school. Fundamental Duties are not justiciable like Fundamental rights. Like they cannot be enforced in the Court of Law. Fundamental duties apply only to citizens, they do not apply to non-citizens.  Fundamental duties are imposed upon citizens, and there is a list of 11 duties that every citizen should perform. It is not something mandatorily or compulsorily fixed upon Indian citizens. It is something which we should do and if we do not do it no one can take us to the Court of law for the same.

Now, as I had told before, the Indian Constitution has borrowed a lot of features from different countries. From the British, Constitution they have borrowed the parliamentary system. So, India has a parliament we send elected representatives there and we do not have a president like the USA but a president only a titler head and it is the Prime Minister and elected representative to present the state. The constitutional head of the state for example in Britain, the queen is the monarch and she is the Constitutional Head of the State. In India, we have the President who is the Constitutional Head of the State.  The Lower House of Parliament is more powerful than the Upper House. The responsibility of the Council of Ministers towards the Parliament. So the Council of Ministers is answerable towards the Parliament. Prevalence of the rule of law is also something that we have borrowed from the Indian Constitution.

From the USA we borrowed the Preamble. The fundamental rights, the functions of the voice President, the procedure of amending the Constitution, the nature and functions of the Supreme Court, and the fact that the judiciary should remain independent of the other two organs that are the legislature and the executive. From South Africa, we have borrowed proportional representation.
From Australia, we borrowed the concrete list and from Ireland, the Directive Principle of the State Policy. The Indian Constitution was borrowed many concepts from the constitution of different countries.

The features of the Indian Constitution

So the central government has the last set. We also have the residuary list on which only the Central Government can legislate.

Separation of powers. So we have three organs i.e., Executive, Legislature, Judiciary.
So, the powers that are separated to these organs and as they do not overlap with each other. And that’s called the Separation of Powers.

Independence of the judiciary