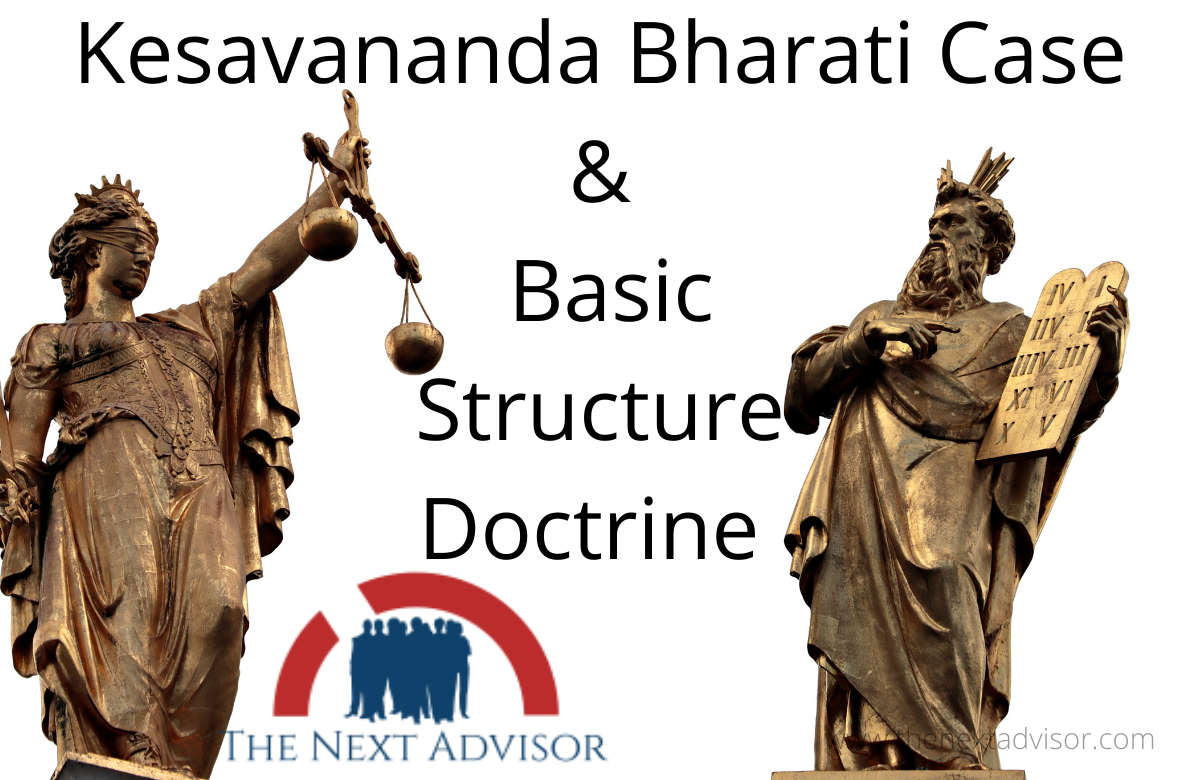 This is India’s longest-running case, it was proceeding for 68 Days. More than 100 cases were cited in the Judgement of this case. The Constitutions of more than 70 countries was compared constitutions of more than 70 countries were compared t find out What is Wrong and What is right. . Do you know how long the judgment is? It is almost 703 pages.

But the most important thing is that one of the most important causes of the Indian Constitution is that of Kesavananda Bharati vs the State of Kerala. So let us understand the background of this case.
After getting independence, all the state governments get involved in fixing their social and economic condition. And after the constitution comes, citizens get fundamental rights. Then they realize that equality is their right.

But the system at that time was that the resources and means of production were with a few selected people. Gradually it started to be realized that the concentration of wealth, is not right, and to change it the states have to change their Existence laws and System.

The State Government of Kerala thought to fix its social-economic condition and laws like the Zamindari system, Tenancy Law, and Land Ownership,  passed the Kerala Land Reform Act to fix all this.
Now these Land Reform Acts used to impose restrictions on who could own how much land. Basically, it was restricting the property rights of the citizens, so using this act, the State Government of Kerala acquired the land of the Hindu monastery Edneer Matha in the Kasaragod District of Kerala.

Due to this takeover of the Kerala government, the income of Matha ends, and then there is a problem in handling all affairs of Matha, then this land acquisition is challenged by Matha’s head. The Head of the Matha was Kesavananda Bharati. And who presents their case in the Supreme Court? Nanabhoy Palkhiwala

Look, this was the Land Reform Act. Restrictions were imported on the right of property of the citizens. That is why in March 1970, Kesavananda Bharati filed a writ petition in the Supreme Court challenging and opposing the Kerala Land Reforms Act. And said that the Land Act Violates citizens’ fundamental rights such as Article 14, Article 19(1), Article 25, and Article 26. His point was that it is a citizen’s right to own and manage land and these fundamental rights should be protected.

At that time, there were many such cases were pending in the Supreme Court such as Bank Nationalization Case (1970), Madhav Rao Scindia Case(1971), and Golaknath Case(1967), and in these cases, you will see clearly that two very strong parties of India were power-struggling. Now, which are these two parties? Parliament and Judiciary 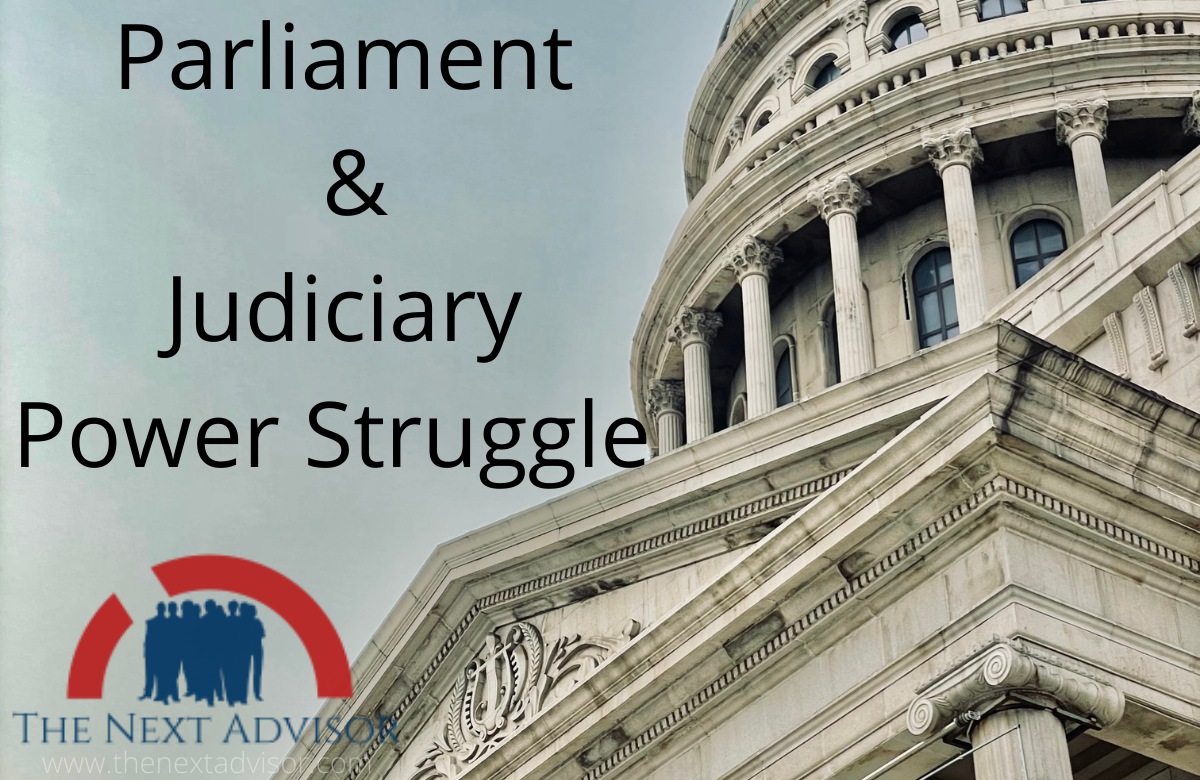 On the one hand, the statement of the Parliament was that through Article 368, we have got the power that we can amend the Constitution as we wish. We have unlimited power. But the Supreme Court did not agree with this statement of Parliament. That is why a bench of 11 judges of the Supreme Court was constituted in the case of Golaknath vs the State of Punjab.

In the Golaknath case, when the question came to the fore that the Parliament has so much power that it can amend the constitutional provisions as it pleases and can also change the fundamental right. Then in this case, while answering this question, the Supreme Court imposed a number of restrictions on the power of the Parliament to amend the Constitution. What does the parliament do after that?

Parliament Brings 24th, 25th & 29th Amendment Acts to remove the restrictions imposed on them. So that Parliament can get back its power.

24th Amendment Act empowers Parliament to amend the constitution. And the 25th Amendment Government can wire private property for its personal use and the compensation that will have to be paid for it will be decided by Parliament. The Land Reforms Act was put in the 19th Schedule through the 29th Amendment. Now, what is so special about the 9th schedule? Whatever laws go in the 9th schedule, questions cannot be raised on them and these laws cannot be reviewed in court, then the Land Reforms Act got immunity from any type of question.

So while these three Constitutional Amendments were also challenged along with the Land Reforms Act in this case. Basically, a lot of issues were raised in this case. But the main question of this case was

Main Questions of this case

1. Can Parliament amend the Fundamental Rights?

2. And if the answer to this question is yes, then how long will it be extended?

2. FRs are to protest citizen’s freedom

2. Parliament has the right to put restrictions on FRs

Supreme Court Judgment with answers to both questions

1. Can Parliament amend the Fundamental Rights?

Do you know that this is the longest Supreme Court bench of 13 judges was constituted for this judgment? The judgment of this case had come with the majority of 7:6. The Judgement of the  Gorakhnath case was overruled to this Judgment which said that Parliament doesn’t have the power to amend the Fundamental Rights. And at the same time, the Supreme Court said that under Article 368, the Parliament has full power to amend any provision of the Constitution.

2. The Parliament has powers to what extent?

The Parliament cannot modify the basic features of the Constitution.
And this is called the Basic structure doctrine.

25th & 29th Amendment Act held valid by the Supreme Court while giving the Judgement. At the same time, the Supreme Court also said that if any Article has been inserted in the 9th schedule and if through this Article/Provision basic structure is violated, then they can be subject to judicial review.
So in this landmark judgment, the Basic Structure Doctrine was introduced.

-The supremacy of the Constitution,

-The rule of law,

-Independence of the judiciary,

-The doctrine of separation of powers,

-The parliamentary system of government,

-The principle of free and fair elections,

It would qualify for the basic features and Supreme Court said in the Judgement of Kesavananda Bharti case that more features will be added to this list (Indicative List)  in the coming time(future). And whether a feature is essential basic or not, will be decided by the court according to the facts of each case.

Kesavananda Bharti vs the State of Kerala, the case is very important because the Supreme Court has delivered a good judgment by using creativity. And introduced the Basic Structure of Doctrine.

In this case, the Democratic of India was given a safeguard for the time to come.