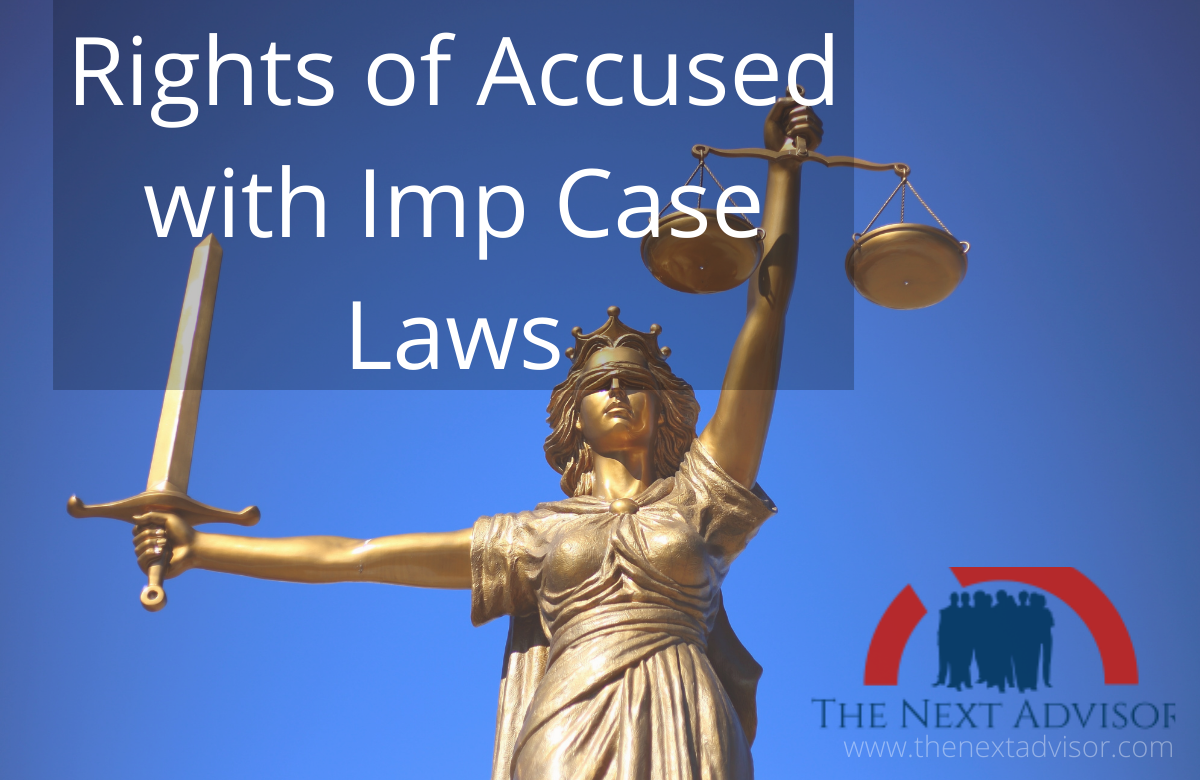 Hi, friends today I am here to tell you information about the Rights of the accused, as you know accused has some rights like the accused will not be arrest without any reasonable grounds, or the accused should be present before the magistrate within 24 hours of his arrest or has right to get bail if the offense is available and if the offense is non-bailable so accused has right to take bail by the Court, and the magistrate will decide that whether he will get bail or not. So, the accused has so many rights under the law. One thing you should know that, considering the settled principle of Criminal Jurisprudence i.e., “Every Accused is Presumed To Be Innocent, Until Proved Guilty.” this presumption is under Human rights. Today  I will tell you about the rights of Accused and explain it with the Landmark Judgment of the Supreme Court which will be very useful to you.

In Buddh Singh v. the State of Haryana, it has been held that only punishment can be given to a person under the law in force at the time of committing the offense.

No one should be tried with respect to the same subject matter. CPC and CrPc in both this Code there are provisions for this double penalty, if we see in CPC, then the principle of Res-Judicata applies for it. And in The Code of Criminal Procedure U/S 300 -Person once convicted or acquitted not to be tried for the same offense.

Right to be given an FIR copy by the police– When any person is made an accused in any case, that person is told in that case in which case he has been imprisoned and under which section of the offense he has been charged. A case has been registered. The police will hand over a copy of the FIR to him and give full details of the case against him. 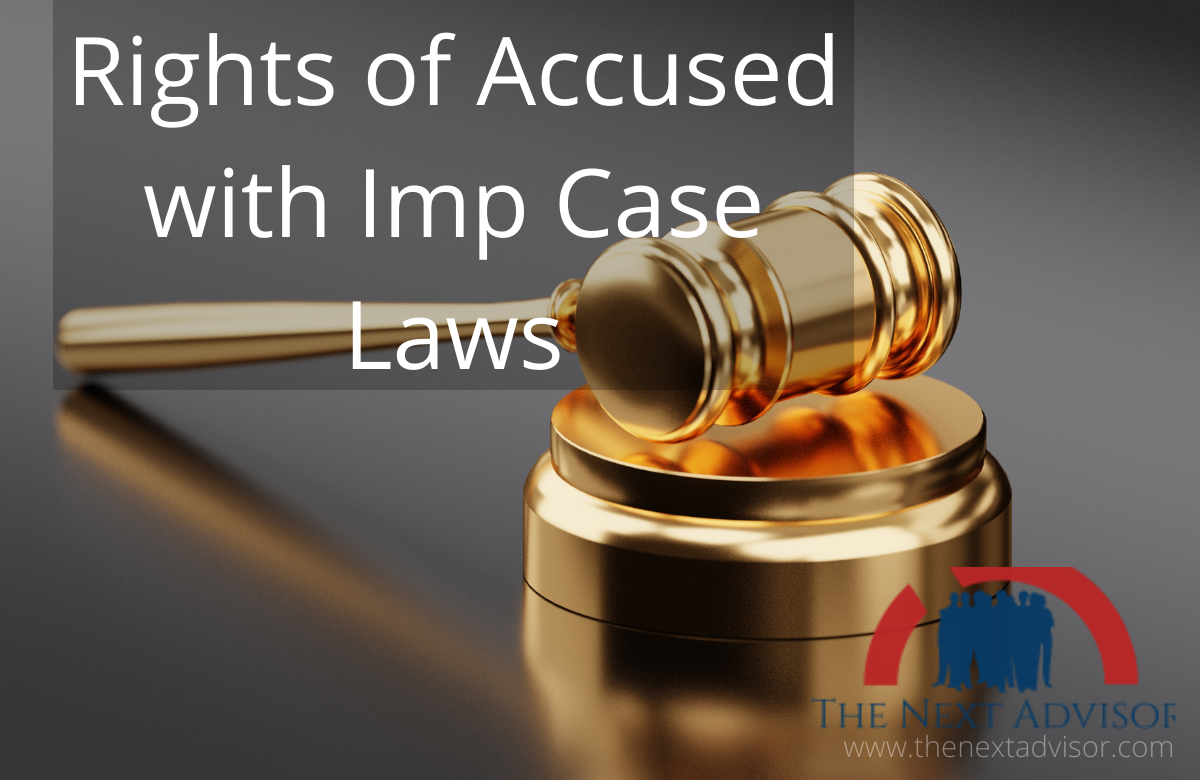 Right to Bail – If the accused has been made an accused in a bailable offense, the person shall be informed by the police that the offense committed is bailable and may be released on bail in that offense.
In DVA Patnaik v State of Andhra Pradesh, it has been held that the running of electric current on the walls of the prison is violative of Article 21. Right to acquire, hold and dispose of property A person also has the right conferred by Article 21.

Right to Speedy trial – The Supreme Court in the case of Abdul Rehman Antulay Vs R S Nayak has laid down detailed guidelines for speedy trial of accused in criminal cases. In this, the court has held that the Right to a speedy trial is the fundamental right under Article 21 of the Indian Constitution.

Compensation for death in police encounter – In the case People’s Union for Civil Liberties vs Union of India, the petitioner filed a public interest suit under Article 32 praying the court to order an inquiry into the fake encounter in which two persons were killed by the Imphal police. Instruct appropriate action against the guilty police officers
The police should provide compensation for death in an encounter and compensation to the family members of the deceased. It was held by the Court that the killing of two persons in a police encounter is a direct infringement of life and personal liberty under Article 21.
Compensation should be provided by the government to the next of kin of the deceased.

Protection against death in police custody- It is the duty of the state to protect persons arrested in police custody and prisoners in jail.
In DK Basu Vs. State of West Bengal, the Supreme Court has even said that – Death in police custody is the worst crime in a civilized society governed by the rule of law.
Produced before the magistrate within 24 hours- Section 167 of CrPC is considered important for the accused. Under this section, instructions have been given to the police that if it arrests any person, then he will have to be produced before the magistrate within 24 hours. Meaning if the police arrest a person, then in any case he will have to be produced before the police within 24 hours and the magistrate will have to tell on what basis he was arrested.