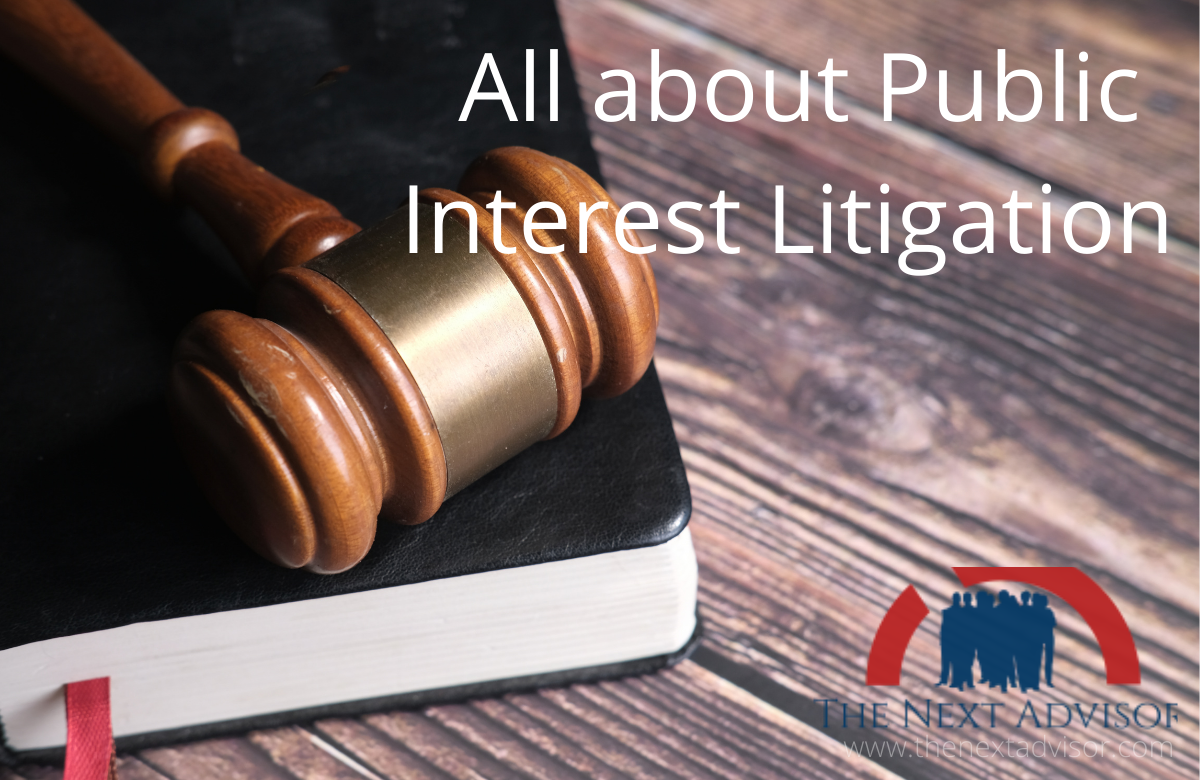 Hi friends, today we will talk about PIL. Whose long-form is public interest litigation, which is called in Hindi “Janhit Yachika”, and which is called “Jahiya” in short. I will try to tell you today, what is Public Interest Litigation? And also trying to give information about how PIL is filed and I will also tell you answers to some questions related to PIL.

So the first thing about whether you are unhappy or upset by any event happening around you, or you are unhappy with some government policy or decisions or you feel that some government decisions are violating the human rights or they are being deprived of their rights, due to which social injustice is happening and corruption is being encouraged. If you are feeling any of things or if you feel like this then you should know about PIL. So, socially for such people who want to fix the society through law or If any person wants to bring change in the society, then PIL is a powerful tool for them.

So, today in the form of question and answer I will try to tell you all processes of filing PIL. The questions will be mine and the answers also be mine so that you can get some information about PIL in very simple language.

What is Public Interest Litigation (PIL)?

Public interest litigation, in Indian law, is a provision for litigation to protect the public interest. Unlike other ordinary court petitions, it is not necessary that the aggrieved party should approach the court himself. It can be filed by any citizen or the court itself in favor of the victims. Yes, the Court itself can also file and any citizen can bring it to the Court.

The cases of PIL so far have brought relief to the people in a very wide area, such as Rights of Prisoners, bonded labor, Armed forces, Child labor, Urban development, environment and resource, consumer affairs, education, politics, election, public policy, Human rights, etc……..There are many cases related to which have come in the Judgement, due to which the change the society has come in a big way. Judicial activism and PIL have largely paralleled in our country and PIL has always been welcomed and supported by middle-class people. Here everyone should keep in mind that PIL is not defined in the Indian Constitution nor in any law. It originated as a constitutional interpretation of the Supreme Court, whose full credit hoes to the Supreme Court itself. Also, note that it has no international equivalent and it is seen only as an Indian concept. The idea of this kind of petition first came to America, as I have read somewhere, it is called a “Social Action Petition” in America. It is said so that, it is the invention of the judiciary and it is a Court made law.

Now let us understand what are the benefits of PIL?

First of all, due to this type of petitions, awareness of their rights and judiciary among the public is increasing. It expands the sphere of fundamental rights. This gives new rights to individuals as we have seen in the last few years. Such petitions obstruct the executive and legislators to perform their constitutional duties.  PIL is a big step in ensuring corruption-free administration.

How to file a PIL, and who has the right to file PIL?

Any Indian citizen can file a PIL, the only condition is to file it for public interest rather than private interest. This meaning If an issue is of public importance in a big way, then any Indian citizen can raise it in the Court, or any Court itself can take this cognizance. Also, inform you that the COurt itself can appoint a later by taking cognizance of the matter appointed to such cases.

Now the question remains that,

in which Court to file the PIL?

So you should know that this PIL can be filed only in Supreme Court and High Court. And for both of these provisions of Article 32 and Article 226 of the Indian Constitution have been given.

Then a question comes that what is the procedure for filing PILs?

You may be wondering what are the charges for filing PIL?
So the fee charged for PIL is very less as compared to other petitions filed in other courts. So all the participant’s names you have added in petitioner and for each respondent, you have to pay ₹50/-

Do judges generally accept PILs?
The average time taken by the Supreme Court and High Courts to accept petitions is 30% to 50%. Usually, only those petitions are entertained in which the judges agree with the facts mentioned and they feel that the matter must be heard and it is necessary for the public interest.

How long the PIL will take for a hearing depends on the seriousness of the case. When the petition is related to some other human rights and fundamental rights, then the judges try to hear these petitions as soon as possible. And in today’s period, public interest litigations are also increasing due to which the hearing of cases started getting delayed.

Now with all this information, you will hardly have any question about PIL left in your mind.