The Oaths Act. Ohhh, Not understand. Let me explain to you the famous line which is known to all of you. “I swear by placing my hands on the Geeta that whatever I say, I will say the truth and will not say anything other than the truth.” Remember something? Yes, it is a filmy line. So, You all know about The Oaths Act 1969. I will explain it today. 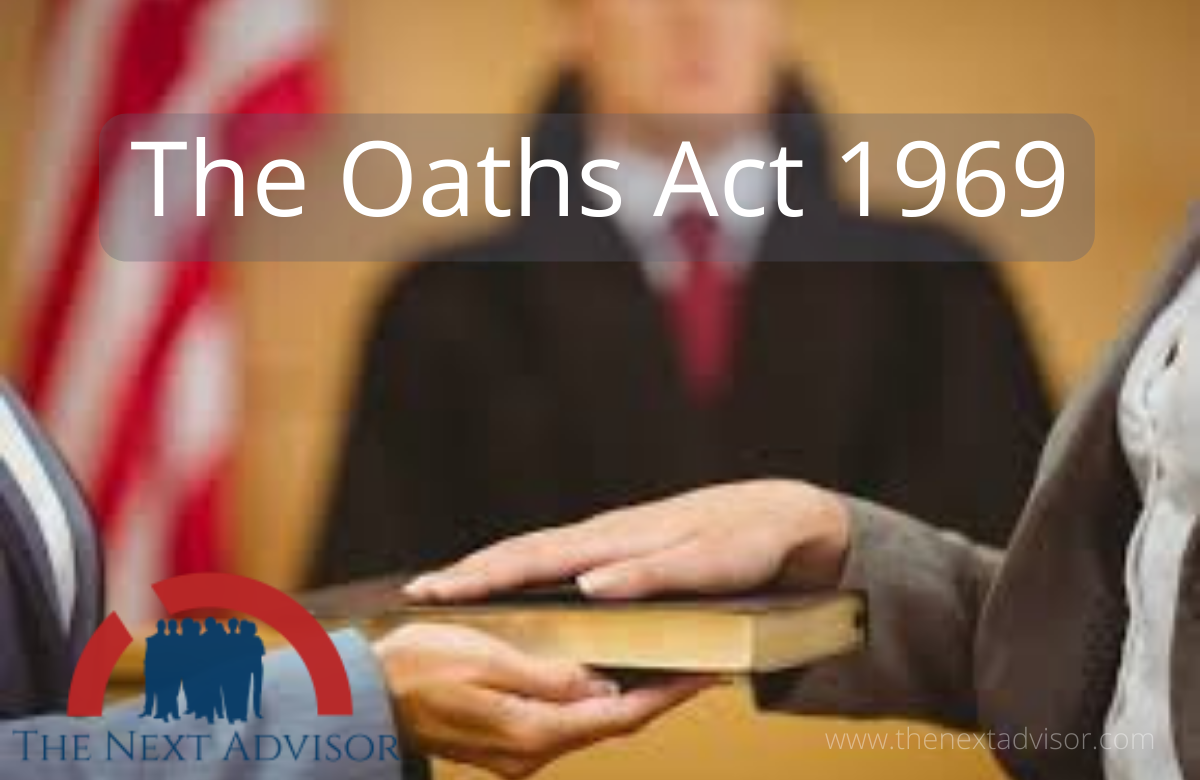 So, what is shown in movies is not practiced nowadays. Now some of you must have this question in your mind. How did such a unique practice start in India and What is its history?

And this question must have come to the mind of some people, “due to which region this practice was abolished?”

See, when India was ruled by the Mughals, the practice of swearing by placing hands on the religious book was started.
At that time people had a lot of inclination towards their religion and it was believed that if any Indian took an oath by placing his hand on his religious book, then he would not lie.

After that when British rule came to India, Britishers also adopt this same logic. And then the Britishers did what he used to do for everything.

Now, what did the Britishers do?
The Britishers used to make laws for everything. So for this, Britishers made the Indian Oaths Act 1873. After this, uniformity started being followed in every Indian court. In fact, this law was followed even after independence. From 1950 to the 1960s as well, Hindus on Gita and Muslims on Quran, and on the Christian on Bible, the end of every religion swore by placing its hands on its religious texts.

This practice continued in India for many years even after Independence Day. This whole series is over in 1969 when the Law Commission in its 28th report gave some recommendations/suggestions to revamp the Oaths Act 1873.
And due to these suggestions, The Oath Act 1969 came in place of the Oaths Act 1673. Which is still followed.

So why were these changes brought?

These changes were brought to make the system Secular and Uniform. So every person in the country should not take an oath by placing his hands on different religious books, but all should take an oath in the same way.

Then the question remains what will you say in court now?

Well, yes, one more thing is worth understanding if a child of 12 years or less comes into the court, then no oath of any kind is taken from him.

Now there is one more question, “what if someone takes a false oath or gives false testimony in court?”

You have the question,” what if someone gives false testimony or false oath in court?”
So giving false testimony in court and taking a false oath, are considered offenses under section 193 of the IPC.
And for this, there is a provision for punishment U/S 193 of The IPC.

Section 193 in The Indian Penal Code

Illustration A, in an inquiry before a Magistrate for the purpose of ascer­taining whether Z ought to be committed for trial, makes on oath a statement which he knows to be false. As this inquiry is a stage of a judicial proceeding, A has given false evidence.

Illustration A, in any inquiry before an officer deputed by a Court of Justice to ascertain on the spot the boundaries of land, makes on oath a statement which he knows to be false. As this inquiry is a stage of a judicial proceeding. A has given false evidence.