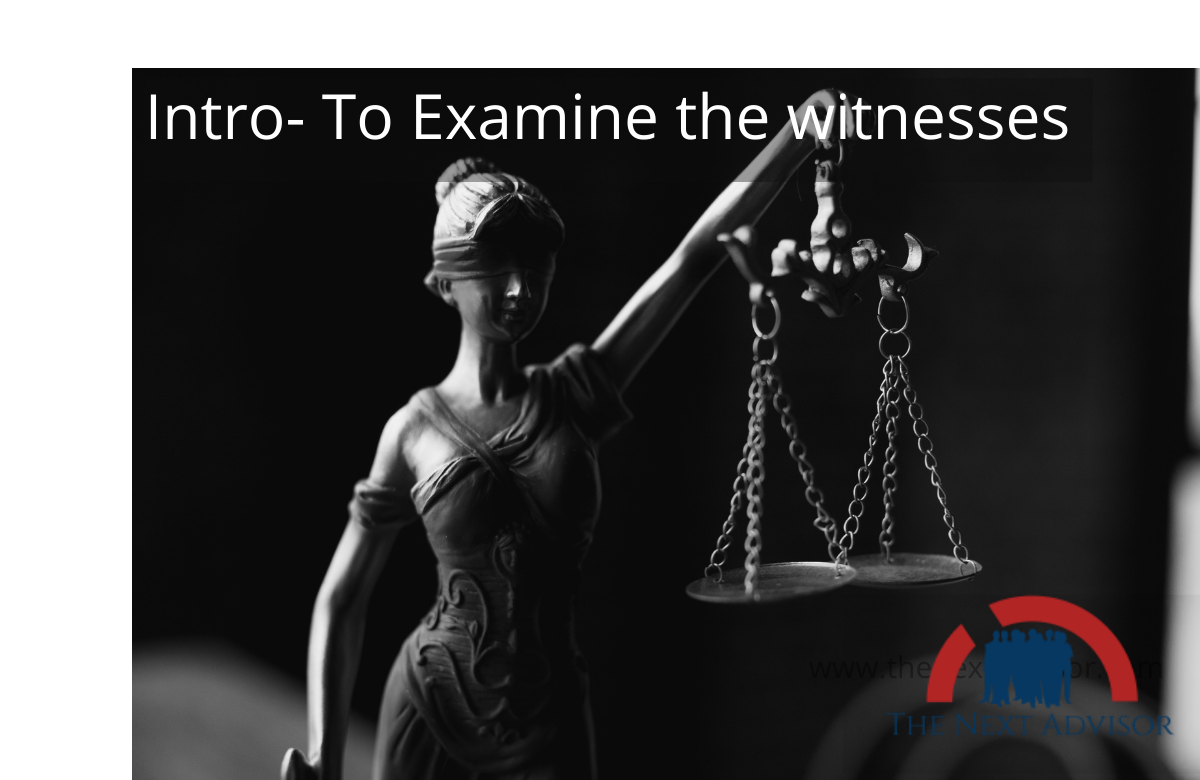 Witness-Who is a witness? And what is the Examination of Witnesses? Witness, one who gives evidence in a cause. A witness must attend in Court according to the requirement of his subpoena. If he has not been paid his lawful expenses, he may refuse to be sworn: but if he is once sworn, he must give his evidence. See Oath and Affirmation. In civil cases, as a rule, husband and wife are competent and compellable witnesses against each other (Evidence Amendment) Act, 1853. Section 1, but husbands and wives are not compellable to disclose communications between each other. As to criminal cases.

A witness is not obliged to answer any question which tends to criminate him.

On the application of either party, all the witnesses on both sides are ordered to leave the Court until called; and each is only called when his evidence is actually required. If a witness who has been ordered out of Court remains, it is contempt, if wilful, and may be treated as such; but his evidence is not rejected. Each witness remains in Court after he has given his evidence, and is expected not to communicate with that outside. But every party to the cause is entitled to be present throughout, though he is about to given evidence. The application is made either before the opening of the case or before the first witness is called.

A witness cannot have the precincts of the Court, without leave after the evidence of the side is over, not even when the Judge to sum up, for any witness may at the discretion of the Judge be recalled at any time before the verdict is given.

What is Law? What is the definition of Law?