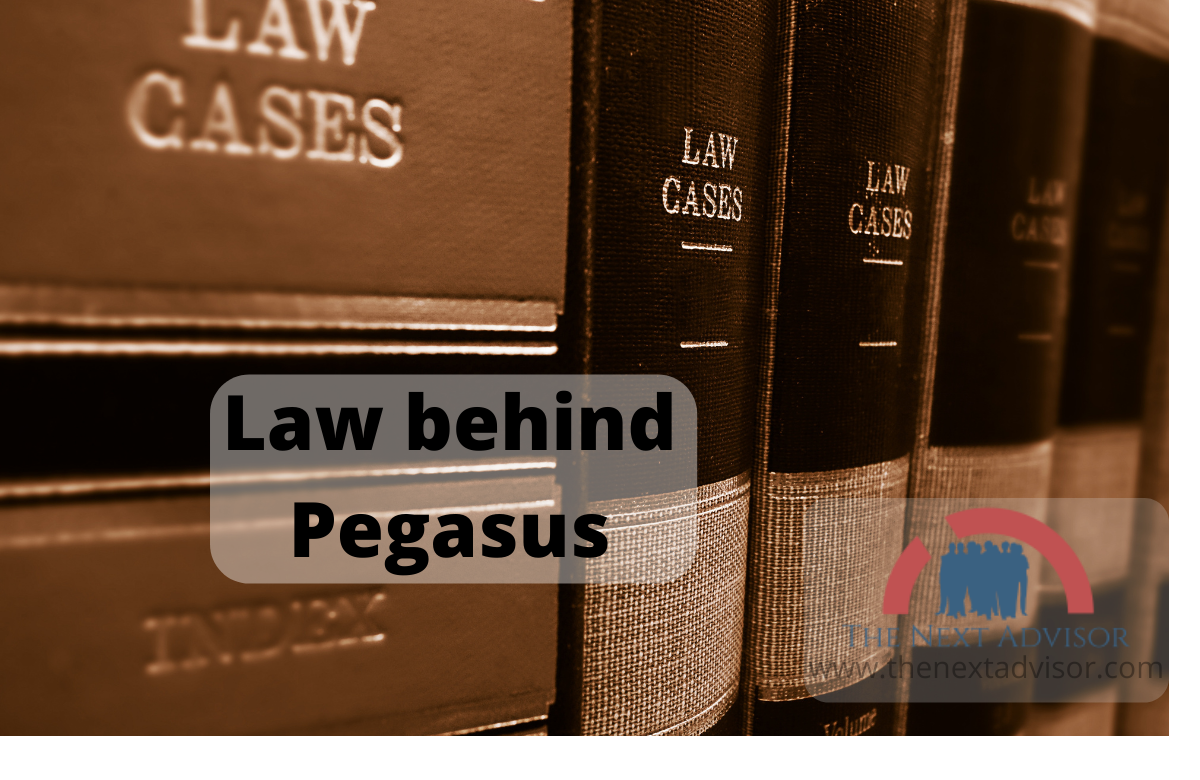 One word is very much discussed nowadays, it is Pegasus. Pegasus is being said that it is spyware and it is spying by entering people’s phones. so, let’s talk about what is spyware and who made it? It is alleged that the government is doing espionage, while the government has shied away from it, so can the government get people spied, and if it can, then under which law can it be done? and if someone has been spied on, what is the remedy for him? so, friends let us talk about all these questions and let us find their answers.

Pegasus is software that comes under the category of spyware. The one that is designed for spying is called spyware. so who made this Pegasus then the Israel company has created the Pegasus. So it is clear from the name itself, that spy means Jasus and ware means some string.

NSO has stated that this Pegasus is being given to using only to government companies and government agencies, private are not agencies being allowed to use Pegasus. This statement has created a ruckus that, is the government spying on Indians? To whom are you talking, what area are you messaging, and even if you are not talking to the mobile but mobile is with you then this Pegasys can record your conversation, and it can also make the video by using the camera of your mobile, and it works in all applications of your mobile like your mobile is being handled by someone else.

Let us know, whether the Indian government can do any such espionage? and if yes so let us know under which law?

Under Section 5(2) of the Indian Telegraph Act 1855, On the occurrence of any public emergency or in the interest of the public safety the central government or a state government or any officer specially authorised on this behalf by the Central Government or State Government may if satisfied that it is necessary or expedient so to so in the interests of the sovereignty and integrity of India the security of the state friendly relations with foreign states or public order or for preventing incitement to the commission of an offence for reasons to be recorded in writing by order direct that any message or class of messages to or from any person or class of persons or relating to any particular subject brought for transmission by or transmitted or received by any telegraph shall bot be transmitted or shall be intercepted or detained or shall be disclosed to the government making the order or an officer thereof mentioned in the order provided that the press messages intended to be published in India of correspondents accredited to the central government or a state government shall not be intercepted or detained unless their transmission has been prohibited under this sub-section.

It should be noted that phone intercept is allowed only for 60 days under this law but under some emergencies, it can be extended up to 180 days. it is important to know that according to this law, no right of privacy is violated and there is no law or provisions over the Right of Privacy, it comes under Article 12 of the Universal Declaration of Human Rights Act, 1948, and under this Article, But when it comes to the safety of the nation the Right of privacy is not above it.

But friends it is important to know that if it is being done in the interest of the nation by the government and if it gas permission in writing then it does not come under crime.