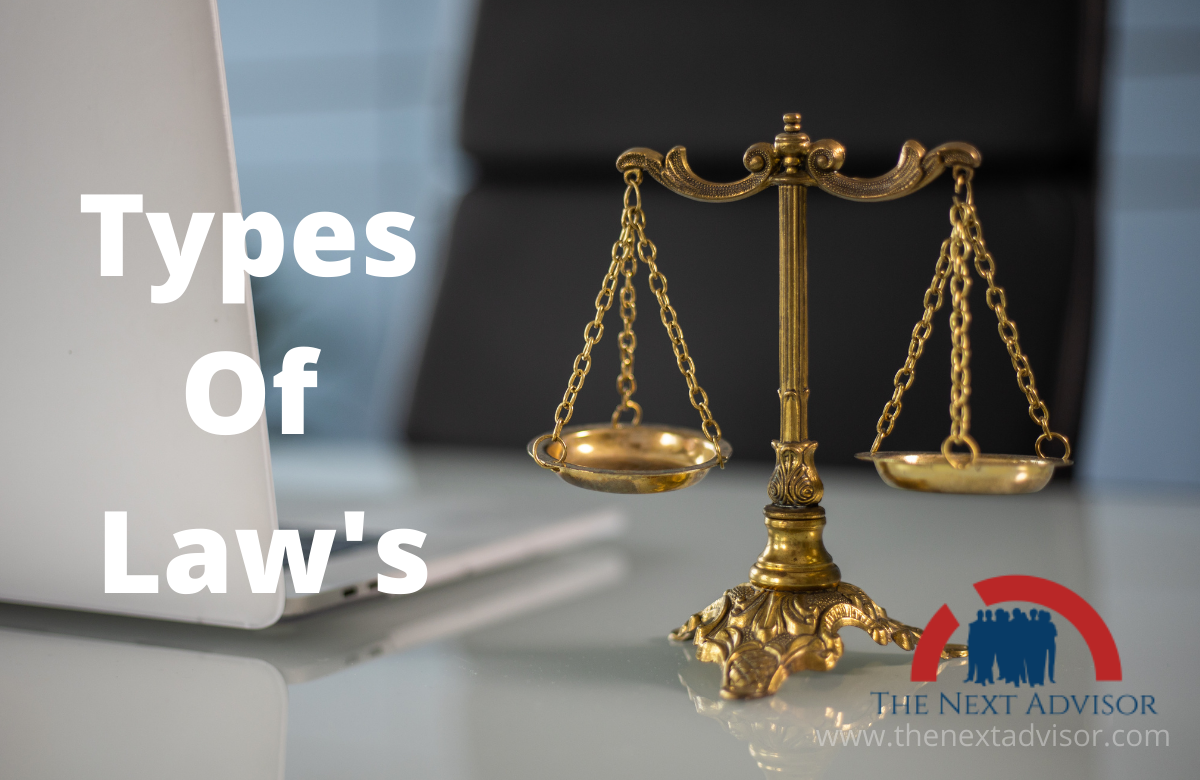 Hi Everyone! Welcome to my blog once again. Today’s topic is to discuss the types of Law. So let’s begin.

You have already seen many times on TV and in the various program including serials and all. For example the words like U/S  307 of IPC, U/S 302 of IPC, or about the Sections of The Code of Criminal Procedure. But do you know? How many laws are exist in India?. There are two types of Law. i.e., Criminal and Civil.

So, friends here I explain the different types of law.

But before moving ahead we need to first understand the meaning of the listed words below that sometimes we got confused.

Act –The term encompasses not only physical acts such as turning on the water or purchasing a gun- but also refers to more intangible acts such as adopting a decree, edict, law, judgment, award, or determination. An act may be a private act, done by an individual managing his or her personal affairs, or it may be a public act, done by an official, a council, or a Court. When a bill is favorably acted upon in the process of legislation, it becomes an act.

Code- A collection of written laws gathered together, usually covering the specific subject matter. A systematic and comprehensive compilation of laws, rules, or regulations that are consolidated and classified according to the subject matter.

Quick Single: What is Law? What is the definition of Law?

Article– An article is a separate and distinct part of a written instrument, such as a contract, statute, or constitution, that is often divided into sections. A written instrument, containing a series of rules and stipulations that are each designated as an article.

Section- A section refers to a distinct portion or provision of a legal Code or set of laws, often establishing a particular legal requirement. For example- Section 5 of the Indian Contract Act.

Types of laws of the Indian Judicial System