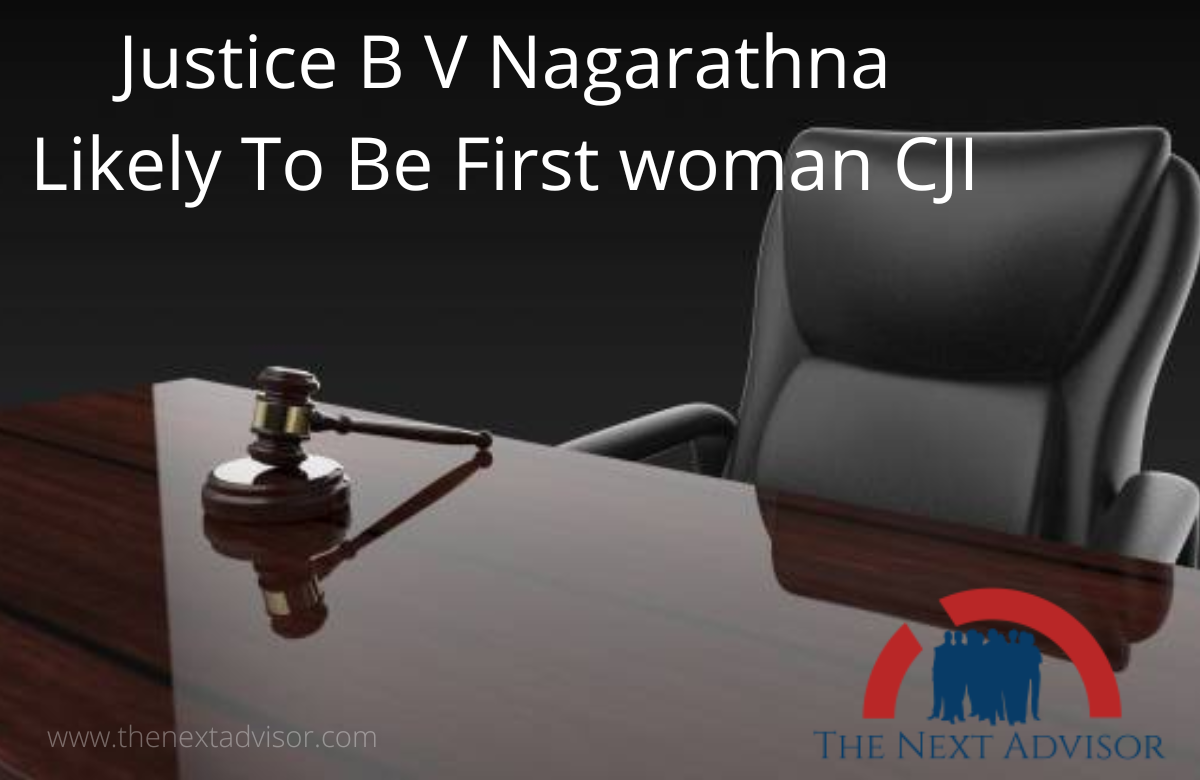 She was Born on October 30, 1962. Nagarathna was appointed as an additional judge in 2008 and was elevated to the position of a permanent judge of the Karnataka HC two years later.

PERSONAL LIFE – She is the daughter of E.S. Venkataramiah, who was CJI for around six months in 1989. She Married B.N. Gopal Krishan has two daughters.

She completes her graduation from Jesus and Mary College ( History Honors ) of Delhi University. Justice Nagarathna did LL.B. from the University of Delhi.CAREER She started her career at a Law Firm in 1987. Justice Nagarathna worked 21 years in that law firm unless she became a judge of the High Court.

Justice Nagarathna appeared as a Lawyer before Supreme Court in matters of Land Acquisition, Administrative, Constitutional, Family, and Business.

Justice Nagaratna has also represented the Karnataka State Legal Services Authority ( KSLSA ). She has also been the ‘ Amicus Curiae ‘ in many cases such as the case of rejuvenation of lakes in the city of Bengaluru.

She was made an additional judge in the Karnataka High Court in February 2008. Later, she was reinstated as a Permanent Judge in February 2010.

CAREER AS JUDGE – Now, almost 11 years later, She has been made a judge of the Supreme Court.

In the case of the Gokarna temple, She had ruled that the order of the Karnataka government to hand over this temple to Ramchandrapur Math is wrong. The Supreme Court had also affixed its seal on it.

In service and labor matters, She said in a judgment that illegitimate children are also entitled to be appointed on compassionate grounds. She has also ordered the transfer of teachers to suit the family situation.