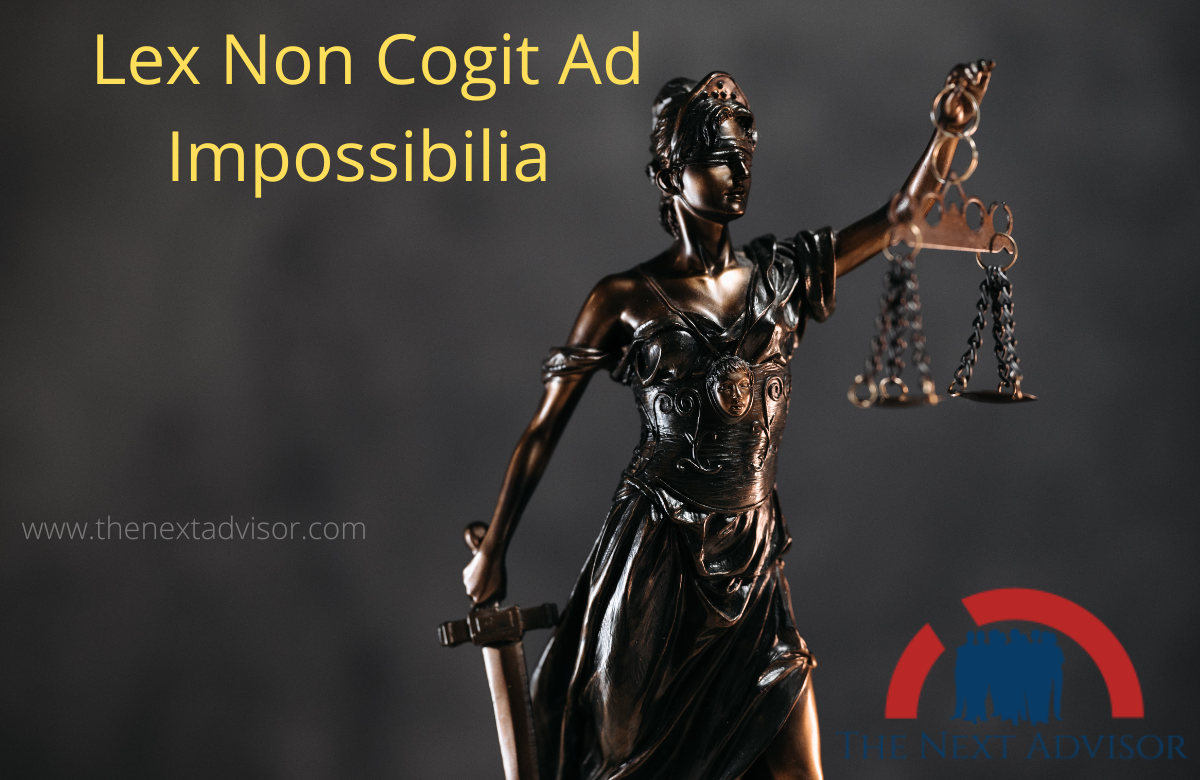 Lex Non-Cogit Ad Impossibilia – Initial Impossibility – It means at the time when the party entered into an agreement it is impossible to perform.

This occurs when the party entered into the contract but due To certain circumstances is unable to perform the contract.

Grounds of Application of Maxim named

-Non-occurrence of a contemplated event

-Death or incapacity/illness of party.

– A day before the concert the hall caught on fire.

– B sued for breach of contract.

– The court held that A is not liable since it was impossible for him to perform the contract.

-The defendant, a pianist, agreed to perform on a certain day.

-The very day of the performance the pianist called in sick.

– The plaintiff sued the defendant

-the court held that being sick made it impossible for him to perform.

Henry hired a room from Krell for two days in order to view the coronation procession of Edward Vii, but the contract itself made no reference to that intended use. The King’s illness caused a postponement of the procession. The defendant refused to pay for the room.

LEGAL PRINCIPLES – The court held that the contract was frustrated. henry was excused from paying the rent for the room. The holding of the procession on the dates planned was regarded as the foundation of the contract.

SIGNIFICANCE – Change in circumstances Contracts may also be frustrated where there is an event that destroys the central purpose of the contract such that all its commercial purpose is destroyed. For the contract to be frustrated in this way, all commercial purposes must have been destroyed. if there is some purpose to be found in the contract then it will continue. An example of this can be found in another case that came about from Edward Vii’s postponed coronation.

Krell v . Henry 2 KB 740 -Defendant agreed to hire a flat for a king’s coronation. A certain booking amount was also given in advance. The coronation got canceled. The plaintiff sued the defendant for breach. the court held that since the coronation was canceled It became impossible to perform the concert. Exception When a person enters a contract in spite of knowing the Impossibility. In such a case he is liable to pay compensation.