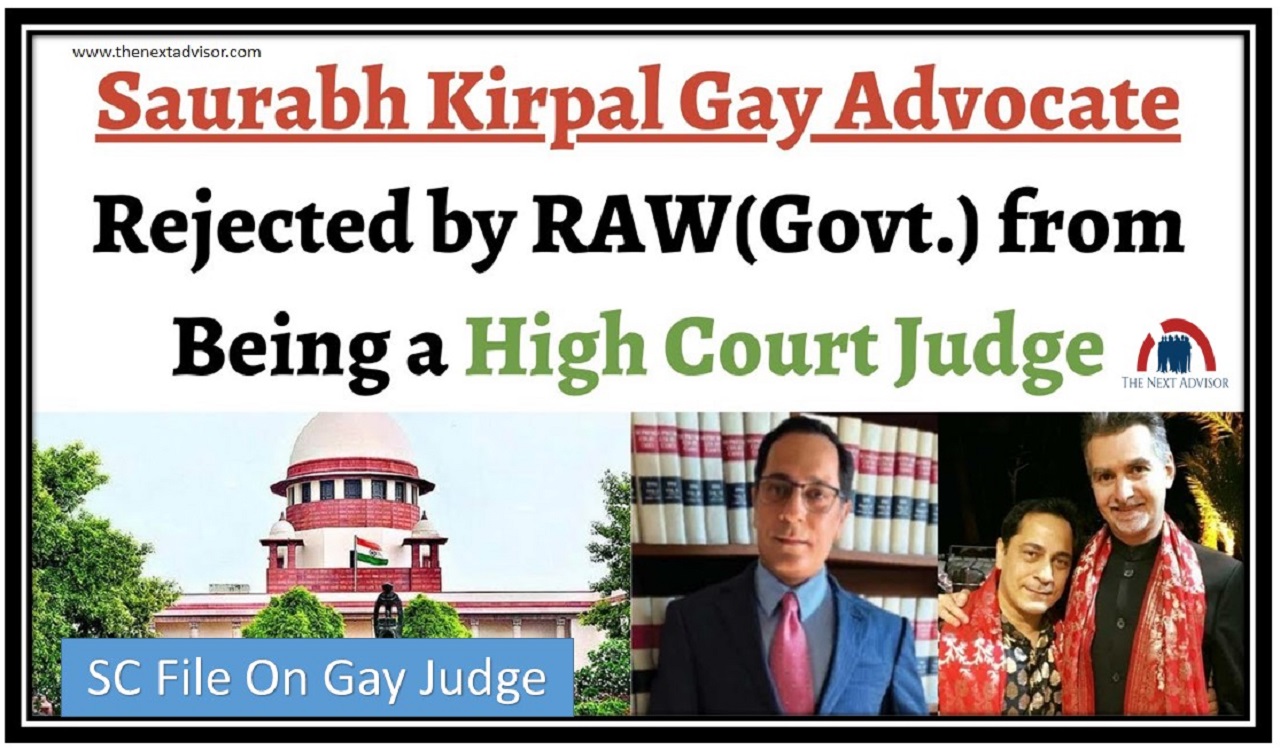 The supreme court collegium headed by CJI DY Chandrachud has rejected “Objections” of the research and Analysis wing to reiterate for the second time the name of hay senior advocate Saurabh Kripal for appointment as a judge of the Dehli High Court. While the RAW had expressed apprehensions over Kripal’s same-sex relationship with swiss national Nicolas Germain Bachmann, the law ministry had objected to Kripal’s ardent involvement and passionate attachment to the cause of gay rights and said since same-sex marriage is not legalized in India, such characteristics of his could involve possible bias and prejudice.

I am a gay activist only because I’m a lawyer, says senior advocate Saurabh Kripal has come into the limelight recently with the Supreme court collegium reiterating his name as a judge of the Delhi High Court.

Who is Saurabh Kripal?

The son of Bhupinder Nath Kripal, who served as the 31st chief justice of India in 2002, and Aruna Kripal, would be the country’s first openly gay judge if appointed. the 50-year-old senior advocate, who has been practicing for over two decades, studied physics at Delhi University’s St Stephens college before securing an undergraduate degree in law from Oxford University. He earned his master’s degree in law from Cambridge university and worked at the United Nations, Geneva.

In a statement reiterating its recommendation for the appointment of Kripal as a judge of the high court, the three-member collegium, headed by the chief justice of India.

ARTICLES 124 AND 217 OF THE INDIAN CONSTITUTION DEAL WITH THE APPOINTMENT OF JUDGES TO THE SUPREME COURT AND HIGH COURTS. A high court collegium is led by the incumbent chief justice and two other senior judges of that court.

First judge case – It declared that the “Primacy” of the CJI’s recommendation on judicial appointments and transfers can be refused for cogent reasons.