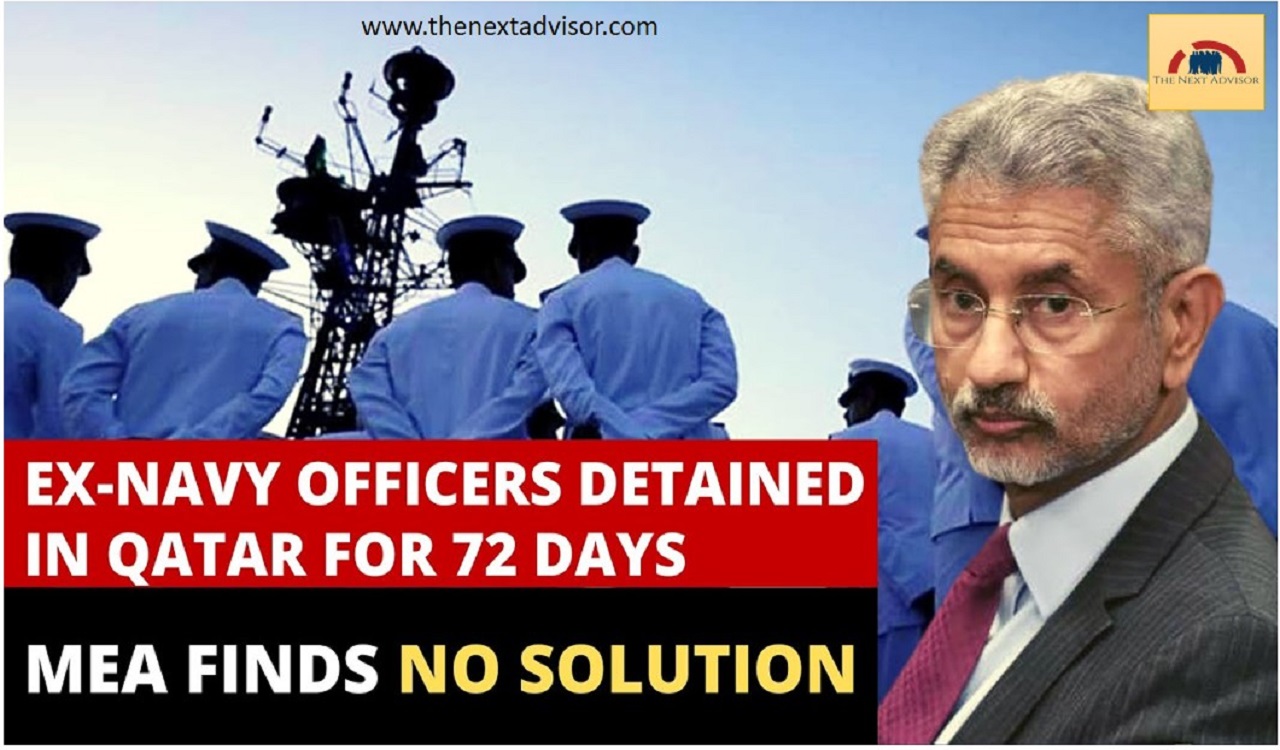 Ex-Navy Officer In Jail In Qatar

Since 127 days, 8 ex-Indian Navy officers in jail in Quater.

Eight returned Indian Navy personnel who were arrested by Qatari authorities in August will mark 127  days in imprisonment in Doha on January 14. In response to a question on the efforts the government was making for their release, External Affairs Minister S Jaishankar told parliament that their imprisonment was a “Sensitive matter”. More than a month has passed since that statement on December 8.

The eight veterans are captain Navtej Singh Gill, Captain Saurabj Vasisht, Commander Purenendy Tiwari, Captain Birendra Kumar Verma, Commander Sugunakar Pakala, Commander Sanjeev Gupta, Commander Amit Nagpal, and Sai, or Rajesh. We’re working at Dahra Global Technologies and consultancy services, a defense services provider company owned by an Omani national, a retired squadron leader of the Royal Omani Air Force. The website of the company, which no longer exists said provided training, logistics, and maintenance services to Qatari Emiri Naval Force. Managing Director commander purnendy Tuwari received the Pravasi Bharatiya Samman award in 2019 for his services in furthering the bilateral relationship between India and Qatar. He is the only person from the armed forces to have received the award. The charges against the men have not been made public, but their solitary confinement has led to speculation that they have been detained in connection with a security-related offense. The family members say they have not been informed about the charges by Qatari authorities.

Significance of the matter –

The long custody of the veterans for reasons not yet in the public domain is a test for Indian diplomacy, its engagement with the Indian diaspora, and considering that these men were in the Navy, the rules of the game for the re-employment of defense services personnel in other countries. This a question that is bound to recur when the Agniveers take up careers outside the armed forces after their 4-year contracts. India and Qatar have boosted their diplomatic ties over the past decade or so and expanded them to include defense training. More than 100 ex-Naval officers are stationed in Doha, and continue to work for Dahar technologies but curiously, the company’s website is no longer accessible. Its Oman-based owner, a former air force officer, was also arrested but is now out on bail.

In 2021, India was among the top four export destinations for Qatar and is also among the top three sources of Qatar’s imports. The bilateral trade is valued at 15 billion, which is mostly LNG and LPG exports from Qatar worth over 13 billion. So this was all about the 127 days, Ex-Navy Officer In Jail In Qatar.