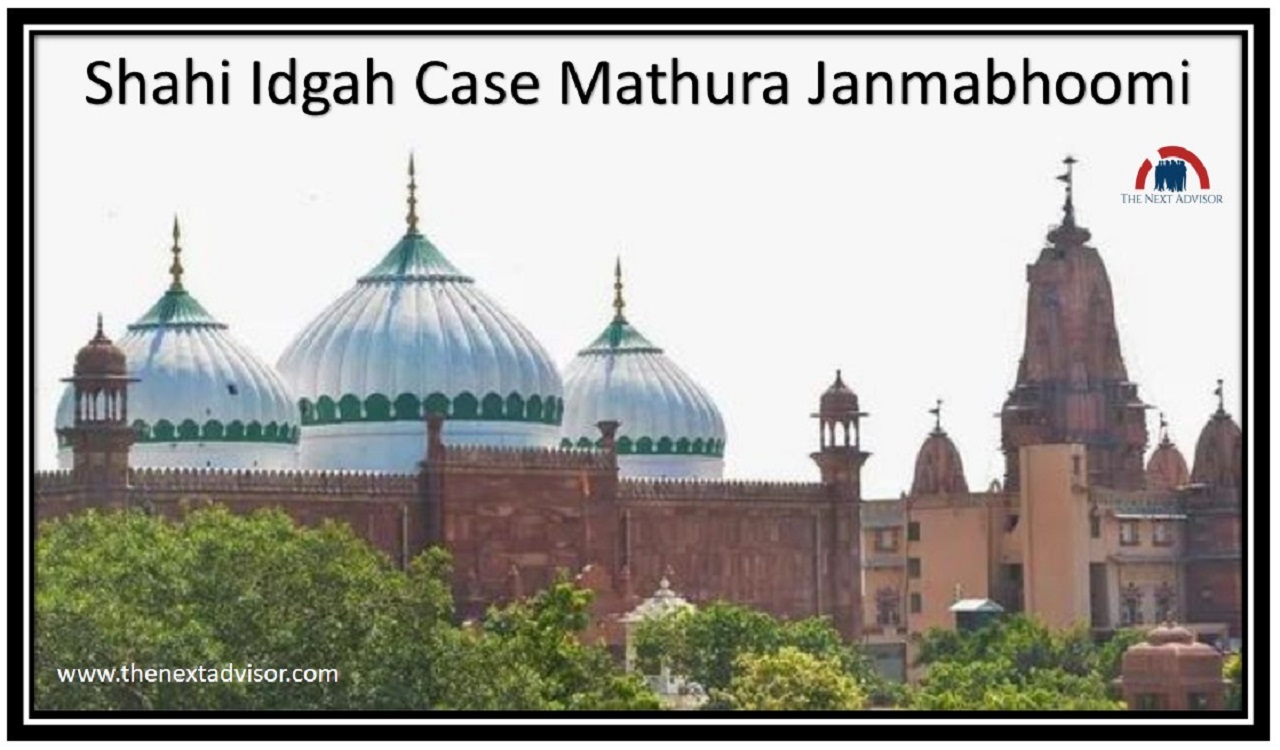 unlike Ayodhya, Mathura has clear archaeological and historical evidence of temple construction and demolition throughout history.

Marathas under Peshwa Baji Rao I along with Bundela’s chief remade the temple during Muhammed Shah Rangila’s rule. 1803 Battle of Patpargnj in Delhi, Mughals lose all suzerainty over adjoining areas. Marathas move south.  Raja Patnimal of Benaras gets the temple land from the British post the days of Permanent Settlement of rupees 1410.

In 1952 Krishna Janmasthan Trust was formed by leading industrialistsJaidayal Dalmia, and Hanuman prasad poddar. They constructed a temple from 1953 onwards, which happens to be the present temple. In 1968, Agreement was signed between the Trust and Eidgah committee members to 3 acres to the Eidgah committee.

Tavernier shows the best testimonial of Krishna Janmasthan. He was a jeweler and wrote a book in 1650 travels. A civil court in Mathura has ordered a survey of the Shahi Idgah Masjid and sought a report on the same by January 20, in one of the petitions related to the Shahi Idgah mosque-Shri Krishna Janmabhoomi temple dispute.

Civil Judge (Senior Division) Sonika Verma passed the order earlier this week on a civil suit filed by Hindu Sena president Vishnu Gupta and vice president Surjit Yadav. The suit was filed on December 8 this year and sought possession of the site at which the mosque stands and the removal of the Shahi Idgah mosque. The Mathura court has now directed the Court Amin (court officers) to visit the disputed premises and conduct a survey of the area. The court officers have been asked to submit a report with site plans and maps before the court by January 20, 2023, when the petition will be taken up next.