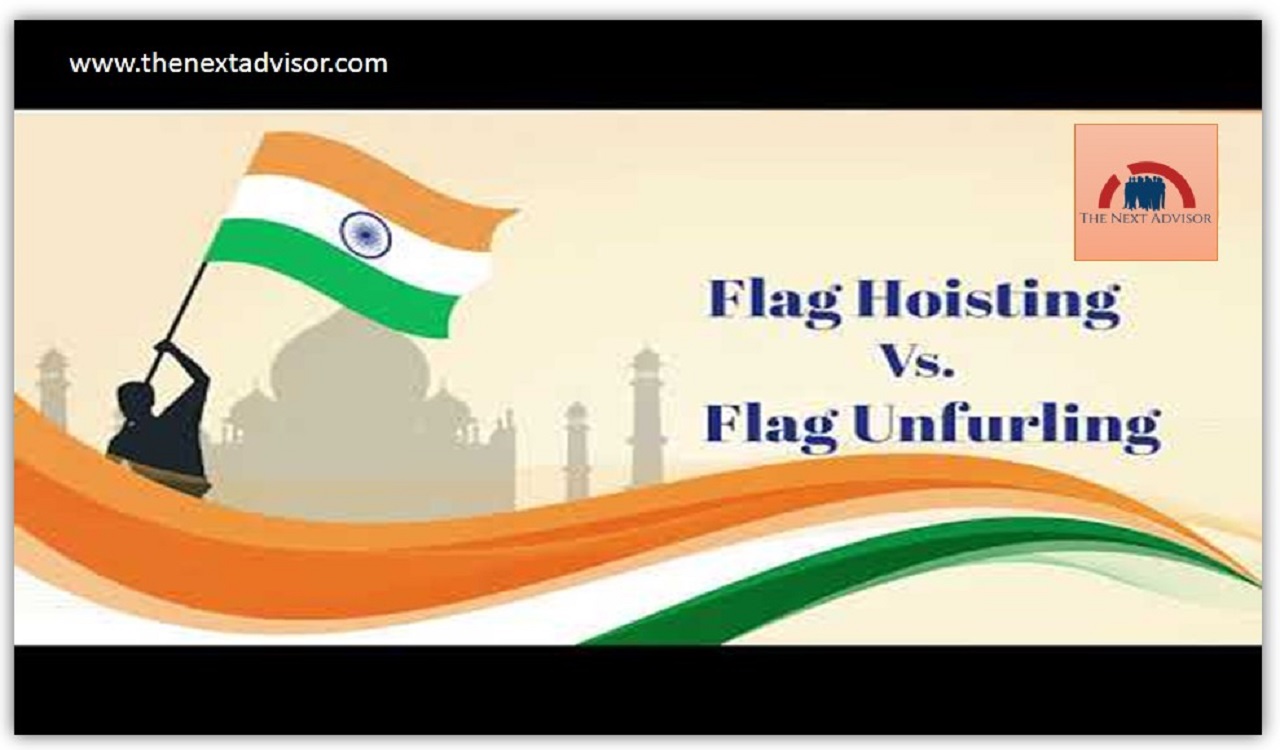 Flag Hoisting vs Unfurling, know the difference between the 15 August & 26 January flag ceremonies.

In spirit and pride, India is commemorating 75 years of Independence. To unite the nation in the tricolor, the ‘Har Ghar Tiranga’ campaign, under the aegis of ‘Azadi Ka Amrit Mahotsav’ is underway. Indians across the country are on a spree to procure and hoist the tricolor in their homes, establishments, localities, and offices.

But the question remains –

on Independence Day is the National Flag hoisted or unfurled? Many people believe that the terms hoisted and unfurled are synonyms, but there is a significant difference between the two.

On 15th August, Prime Minister Narendra Modi will hoist the national flag to honor the historical event of India’s Independence. On Republic Day, the President of India unfurls the flag on Rajpath before presiding over a parade. While both the events honor and pay respect to the national flag and might look the same in one way or another, but there are some differences in the ceremonies.

1. On Independence Day, the hoisting of the flag signifies the rise of a new nation, free from colonial domination. On Republic Day, the country celebrates the day when the Constitution was adopted.

2. The positioning of the flag matters a lot! One can spot the difference in unfurling and hoisting in the positioning of the flag. When the national flag is hoisted, it is tied and sits at the bottom of the pole. The Prime Minister raises the national flag to honor the day’s historical event. Whereas, when the flag is unfurled on Republic Day, it is closed and tied at the top of the pole. The President unfurls it without pulling the flag up as it takes place on Independence Day.

3. The difference between the two ceremonies is that when India became Republic, it was already Independent.