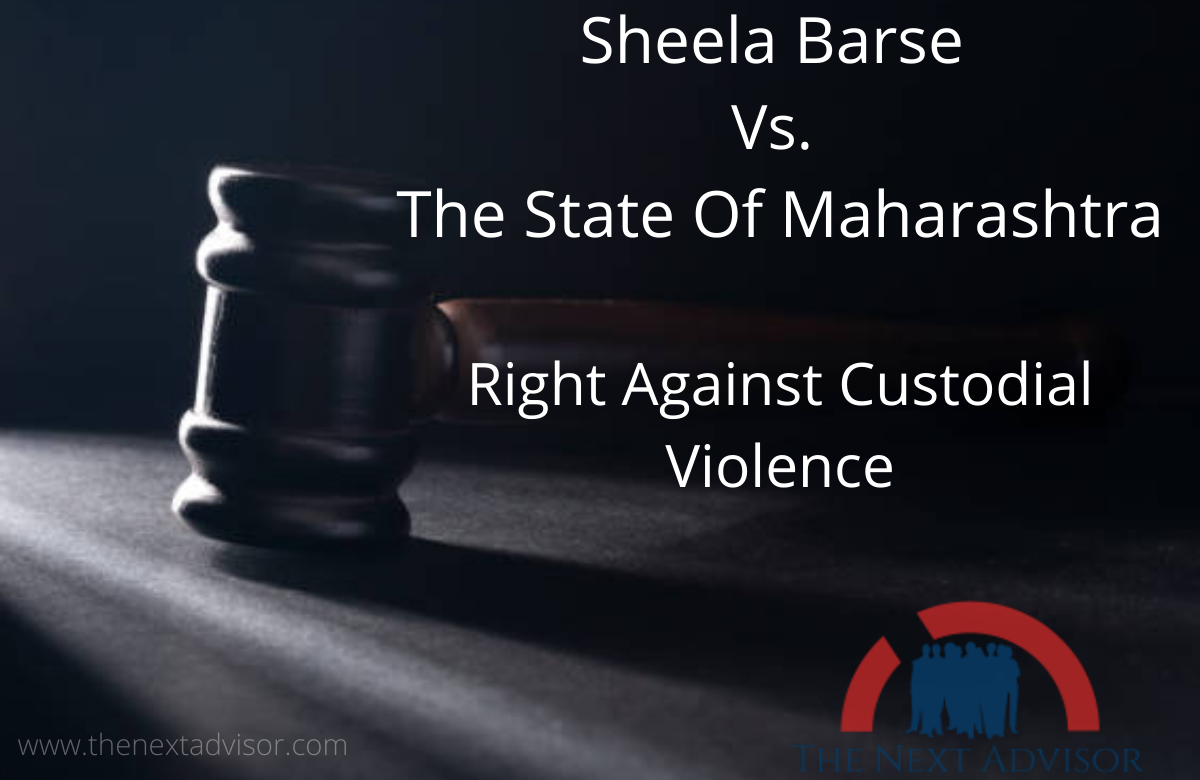 Introduction of the Sheela Barse Vs. The State Of Maharashtra case

The writ petition was based on a letter addressed by Sheela Barse, a journalist, complaining of custodial violence to women prisoners whilst confined in the police lock-up in the city of Bombay. The petitioner stated in her letter that she interviewed fifteen women prisoners in the Bombay Central Jail with the permission of the Inspector General of Prisons between 11 and 17th May 1982 and five out of them told her that they had been assaulted by the police in the police lock-up.

Facts of the Sheela Barse Vs. The State Of Maharashtra case

The Court in order to verify the allegation of a letter possession directed Dr. Desai of the college of social work in Bombay to visit the Bombay central jail and interview women, prisoners, there. The report afforming the facts of the letter provided a detailed account of the problems and difficulty facing women prisoners. It also narrated a specific incident of two foreign national women prisoners being duped and defrauded by the lawyer.

Now What was the question of law to decide before the Honorable Court.

The question of law to this case that the court addressed owing to the revelation made in both the letter and the report was concerning life and personal liberty guaranteed in the Indian Constitution, and including those and especially those who have been priced out of the legal system as convicts or undertrial prisoners.

In the Judgment Supreme Court held that,

The Honourable Court held that deprivation of access to the law to prisoners would jeopardize the Right to equality which is found in Article 14 and the Right to life and personal liberty is protected and mentioned in Article 21 of the Indian Constitution.

“Imagine the helpless condition of a prisoner who is lodged in a jail who does not know to whom lie com turn for help in order to vindicate Iris innocence or defend Iris constitutional or legal rights or to protect himself against torture and ill-treatment or oppression and harassment at the hands of his custodians. It is therefore absolutely essential that legal assistance must be made available to prisoners in jails whether they be under-trial or convicted prisoners.”

The decision of the Court:

The court issued the following guidelines with regard to protection to the women prisoners in police lock-ups:

ii. Court further directed that interrogation of females should be carried out only in the presence of female police officers/constables.