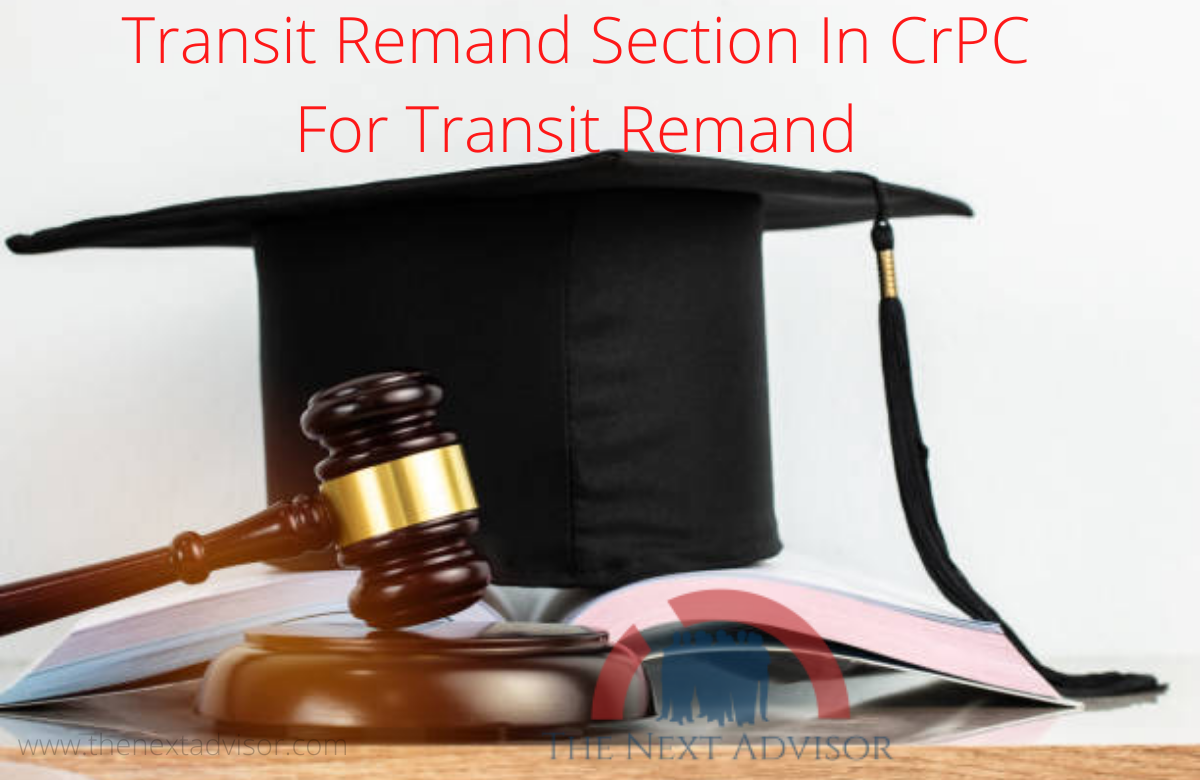 What is transit remand? and whether there is a provision in the CrPC about it? Means What is the Transit remand Section in CrPC?  First of all, you should know that CrPC empowers any police officer to arrest any person. But those rights are limited. Limited means that the police may arrest only such person who has committed a non-cognizable offence, but a warrant has been issued by a court against such person or may arrest such person in which any congressional force of non-cognizable offense has done.

Police can arrest a person who has committed a cognizable and non-bailable offense without a warrant. Now suppose if a magistrate has issued a warrant, then the question is where will the execution of that warrant take place?, then the CrPC says that the execution of the warrant can be done anywhere in the whole of India.

An example is a man who has committed an offence in Allahabad of UP but lives in Bhopal, Madhya Pradesh. Now the magistrate has issued a warrant to arrest him. Here the Magistrate will be from Allahabad because the crime happened in Allahabad. Where will that person be arrested now?

What does the CrPC rule say? Its provisions are given in sections 57 and 67 of CrPC. So for this, we need to understand section 57 & Section 167 of CrPC. Both these sections say that no arrested person shall be kept under detention for more than 24 hours without the permission of a magistrate. He has to be produced before the magistrate within 24 hours.

From our example, we can see that the person arrested in Bhopal will have to be produced before the Magistrate of Allahabad within 24 hours of his arrest. Now if we talk about today’s era, the train is running., the bus is running and Airplan also has another option to travel, then a person can travel from Bhopal to Allahabad in 24 hours.

But if we talk about 1860, at that time, Was it easy to produce in front of a magistrate before 24 Hours of the arrest? also by deciding the travel from Bhopal to Allahabad within 24 hours? And suppose there is still a possibility that What will happen if the police are going from Bhopal to Allahabad with that arrested person in the car and the vehicle breaks down on the way and the police are unable to reach the Allahabad court with that person within 24 hours?

Then there was the violation of Fundamental Rights of the person who has been arrested. For this, a provision has been given in Section 76 CrPC which is called transit remand. (Transit Remand Section in Crpc)
Transit remand means to transport a person from one place to another to give that person in the custody of the police.

So that arrested person was issued to move from one place to another that warrant is called transit warrant. The provision of transit warrant will be found in section 76 of CrPC.

Person arrested to be brought before Court without delay. The police officer or other person executing a warrant of arrest shall (subject to the provisions of section 71 as to security) without unnecessary delay bring the person arrested before the Court before which he is required by law to produce such person: Provided that such delay shall not, in any case, exceed twenty- four hours exclusive of the time necessary for the journey from the place of arrest to the Magistrate’s Court.

-The one who has issued the arrest warrant in the example is the Allahabad court. The person arrested in Bhopal has to present before Allahabad Court within 24 hours of his arrest. But sometimes it is not easy to reach from one place to another within 24 hours.

For example, while taking that arrested person from Bhopal to Allahabad, the vehicle got damaged or there was some other problem for the police and the police could not reach Allahabad within 24 hours, then for this exemption provision is given in CrPC.

No section in the law is provided without exception, but, explanation, situation, etc… Law is not linear. Section 76 sub-clause ( 1) of CrPC states that excluding travel time, the remaining time will be considered as 24 hours.

Meaning that if it takes 2 days to reach Allahabad from Bhopal, then those 2 days should be excluded/removed/exempted, and taken before the magistrate within 24 hours. Meaning that if the police vehicle gets damaged in transporting that person, then if it takes them 2 days to reach Allahabad from where they started, then except those 2 days, the remaining time will be counted as 24 Hours.  This is the transit remand section in CrPC.