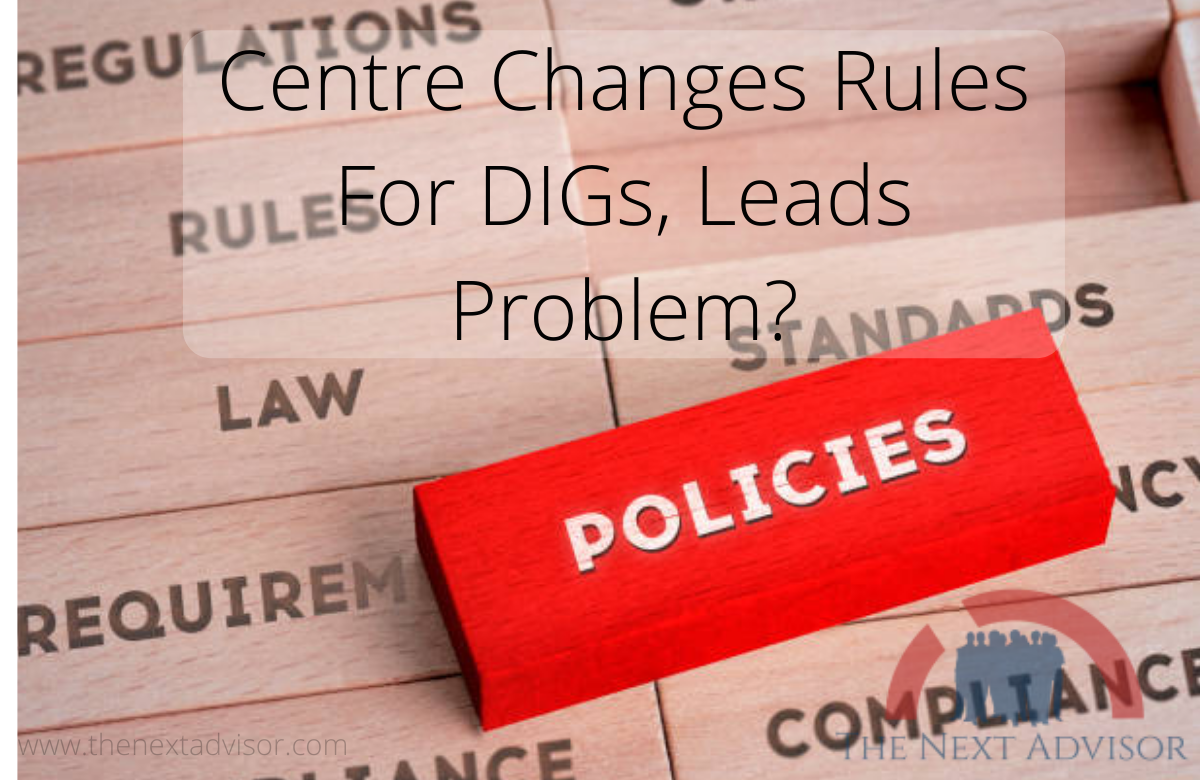 Centre brings changes to Centre Deputation Rules for DIG. The question is Centre changes rules for DIGs, Will it lead to a central state problem? Recently, the Department of personnel and training issued an order in which DoPT dropped to empanelment rule for deputation of DIG-level IPS officers.

In an order issued on February 10, the Department of personnel training has said that those IPS officers coming to the Centre at DIG-level would no longer be required to be impaneled at the level with the Union government. What is the empanelment rule? Why government brought these changes?

Whenever we talk about All India Service, it is the role of the central government in this. The postings of these officers get through UPSC exams but they work with the State government. But through state government, they come in the deputation of the Center.

The department of personnel and training (DoPT) had sent a communication to all States seeking their opinion on the proposal to amend Rule ( Deputation of Cadre officers) of the Indian Administration Service (cadre) Rules 1953. Through the amendments, the union government plans to acquire powers to depute IAS / IPS and IFoS officers to the central Government and Ministers without necessarily taking the State government’s nod.  ..:

1. States should make available the names of such officers (Central Deputation Reserve (CDR)) who can be deputed to the Centre. The CDR cannot be more than 40% of the actual strength at any point.

2. If there is any disagreement meant between the Center and the State, the matter shall be decided by the Central government and the State shall give effect to the decision of the Center “within a specified time.”

4. In a specific situation where services of cadre officers are required by the Central government in “public interest” the State shall give effect to its decisions, within a specified time.

What is the proposal?

Department of Personnel and Training ( DoPT ) has issued an order which said that IPS, officers coming to the Center at the DIG level would no longer be required to be impaneled at that level with the Union Government. These are the levels of the IPS officers given below, from the higher level to lower level,

What does empanelment mean?

According to existing rules, a DIG-ranked IPS officer with a minimum experience of 14 years could only be deputed to the Center if the Police Establishment Board empaneled them as DIGS at the Centre.

The PEB chooses the panel on the basis of officers’ career and vigilance records. The new order makes the entire pool of DIG-level officers in a state eligible for central deputation. ,

What is Empanelment? & What is rule of law for empanelment?

What does this mean? :- Empanelment is the process of preparing a select list of officers suitable to be considered for selection to positions under the Central Staffing Scheme at the levels of Joint Secretary, Additional Secretary, and Secretary to the Government of India.

Empanelment is not promoted to a particular grade. Promotion to the relevant level, which is earned in the respective cadres, would typically precede empanelment. Since empanelment is a select list of those who have already been promoted, the criteria for empanelment have to be more stringent than that for promotion. It must also be recognized that empanelment means that an officer is found fit to occupy positions at national policy/program formulation levels.

This is indeed an extremely responsible level and only the best available talent should be identified for these positions. Accordingly, there is no alternative but to use merit and demonstrated competence as the basis for empanelment.

The Group also noted that Empanelment is not an assurance of posting under the Central Staffing Scheme. The numbers of empaneled officers need not. Therefore, strictly correspond to the number of vacancies likely to arise in a year.

After detailed discussions, the Group makes the following recommendations with regard to Empanelment:

1. The output of the empanelment process would be a list of officers found suitable for selection to specific positions under the Central Staffing Scheme, together with their respective Domain assignments. All impaneled officers must be informed of the fact of their empanelment, including Domain assignment.

2. individual batches may be taken up sequentially along with those from previous batches that are due for review. Thus, there would be a fresh batch to be considered each year and some review batches. Cases of such officers who are not impaneled when their batch is taken up for consideration on the first occasion may be reviewed up to twice more. Before each review, for the joint Secretary’s level, an officer should have earned two more annual PARs and for higher levels one more annual.

3. A norm of impaneling not mare than 50% of the officers of the fresh batch, for the Joint Secretary level, should be adopted., All the non-impaneled officers of the review batches, who secure higher overall scores, in the evaluation, compared to the last impaneled officer of the fresh batch, may also be impaneled. Thus, the percentage of empanelment within a batch may go over 50% after the review stage.

The percentage of officers of the fresh batch impaneled at higher levels would be lower and would need to be worked out on the basis of the likely vacancies, as well as the cushion to allow meaningful selection for particular positions depending upon the skills and bạckground.

4. In awarding scores to each candidate, for empanelment to positions of Joint Secretary and above, the empanelment committee may adopt the formulation suggested in Model B (above) for promotions except that the zone of consideration would be the entire fresh batch and review batches. The transition provisions may also be the same as for promotions under Model B.

5. The UPSC should be involved in the empanelment process. Interviews for empanelment to the positions of joint Secretary and above should be introduced., The interview would validate the claims of skills for the higher position, and would not be a personality test.

But why the center has been removed from the selection process for central deputation?

Of Course, there is a Shortage … !!!! Therefore, Centre Changes Rules For DIGs.

Sources in MHA said the move is aimed at increasing the pool of DIG-level IPS officers for central deputation in the backdrop of massive vacancies in central police organizations ( CPOs ) and the Central Armed Police Forces ( CAPFs ).

According to CPOs and CAPFS data, out of 252 posts reserved for IPS officers at the DIG level at the Centre, 118 are vacant.

The Center had in November 2019 had written to states requesting more officers saying more than 60 % of posts remain vacant since states do not spare their officers.

Will this step help?

According to MHA sources, the idea is to ease up the process of central deputation as verification of records takes a long time. As the number of DIGS is high, the empanelment process has become cumbersome and it was taking as long as one year to just complete the process of empanelment.

Removing the empanelment requirement increases the size of the pool of officers available to the Centre.

Note: This would not automatically allow DIGS to come to the Centre. Officers would still have to be put on the offer list for central deputation which is decided by the states and the Center in consultation. Also, states would have to be willing to relieve them.,

Will states have a problem?

Under the proposals sent in December 2021 and January 2022, the Center would have more powers to demand, within a stipulated time frame, a certain quota of officers from the state for central deputation, and also to call any IAS officer on central deputation in ” public interest”.

According to the MHA data, as of January 1, 2020, there were 908 vacancies against a sanctioned strength of 4,982 IPS officers. The number of districts in some states has doubled in a decade or so but the availability of officers remains low still. 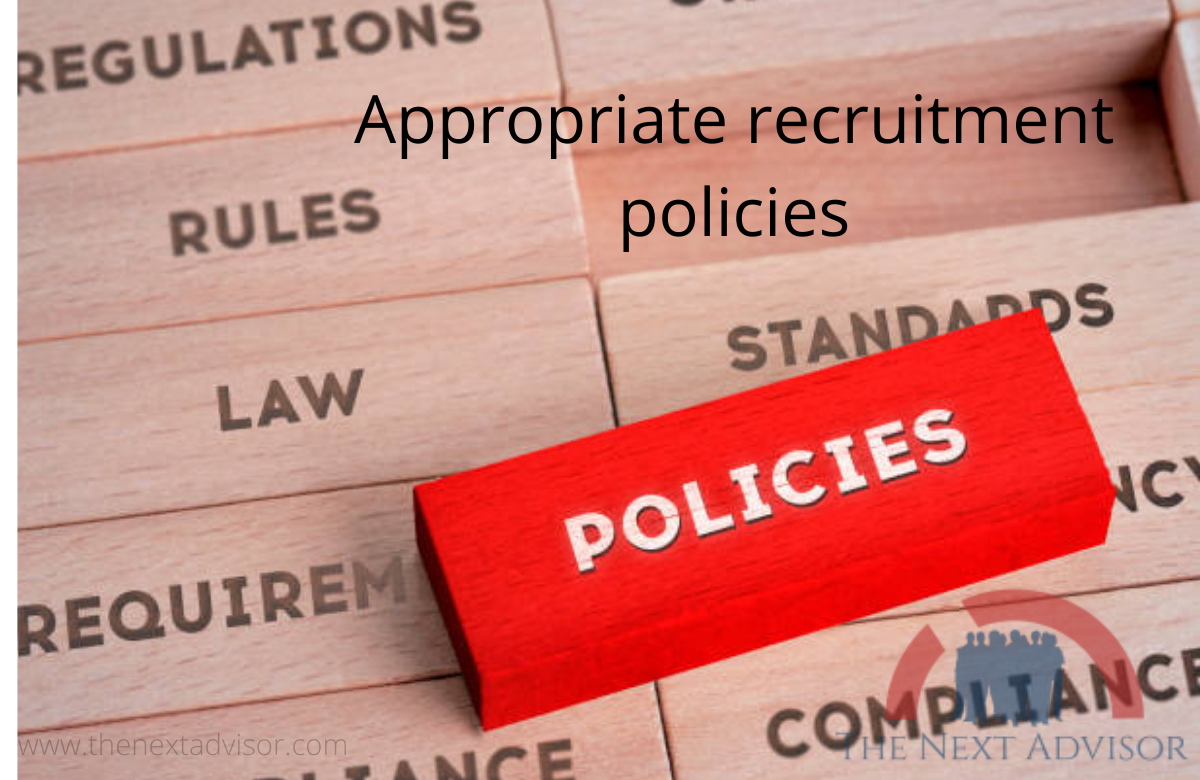 Is Empanelment removal a solution? to decrease the shortage of central deputation.

NO…because it is not a perfect solution or permanent solution.

Then what is the solution?

And because of this, there was the problem of shortage. But now the recruitment level is high but still, the problem of the shortfall is not solved. So for this central government can bring appropriate recruitment policy like the government should keep an eye on when retirement is going to happen and when an appointment is happening and how many retirements are happening and according to that how much recruitment is necessary? and how many appointments are being made?

3. Better promotion policies:- promotion policies or performance evaluation at the government level is quitely abysmal. For example, In UP there is a shortfall at IG level and DIG level. But if we see ADG level is high, that means the entire batch of DIG is promoted to ADG level. This is happened due to Political pressure.

Therefore to avoid this type of problem center can adopt these 3 solutions. This is all about the Centre Changes Rules for DIGs and rule of law for center deputation.