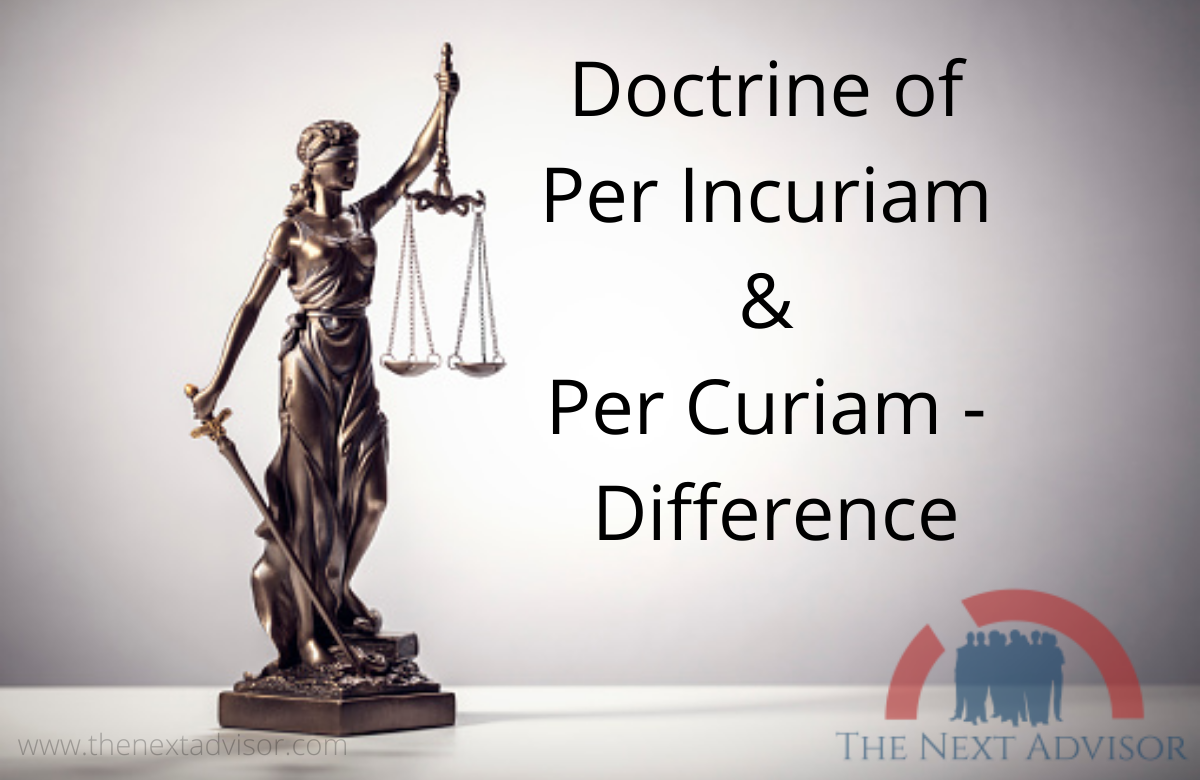 What is Per Incuriam?

Meaning: Of a Judicial Decision was wrongly decided because the judge or judges were ill-informed about the applicability of the law. A judgment is per incuriam is one that has been rendered inadvertently.

Per incuriam, literally translated as “through lack of care”, refers to a judgment of a court that has been decided without reference to a statutory provision or earlier judgment that would have been relevant.

Illustration of Per Incuriam:- Two (02) illustrations come to mind.

What is Per Curiam?

Latin for “by the court.” An opinion from an appellate court that does not identify any specific judge who may have written the opinion. Per Curiam decisions are given that label by the court issuing the opinion, and these opinions tend to be short. The opinions will typically deal with issues that the issuing court views as relatively non-controversial.

Per Curiam decisions are not always unanimous and non-controversial. So this is only the difference between these two law terms and there is nothing to know about the Doctrine of Per Incuriam & Per Curiam – Difference.