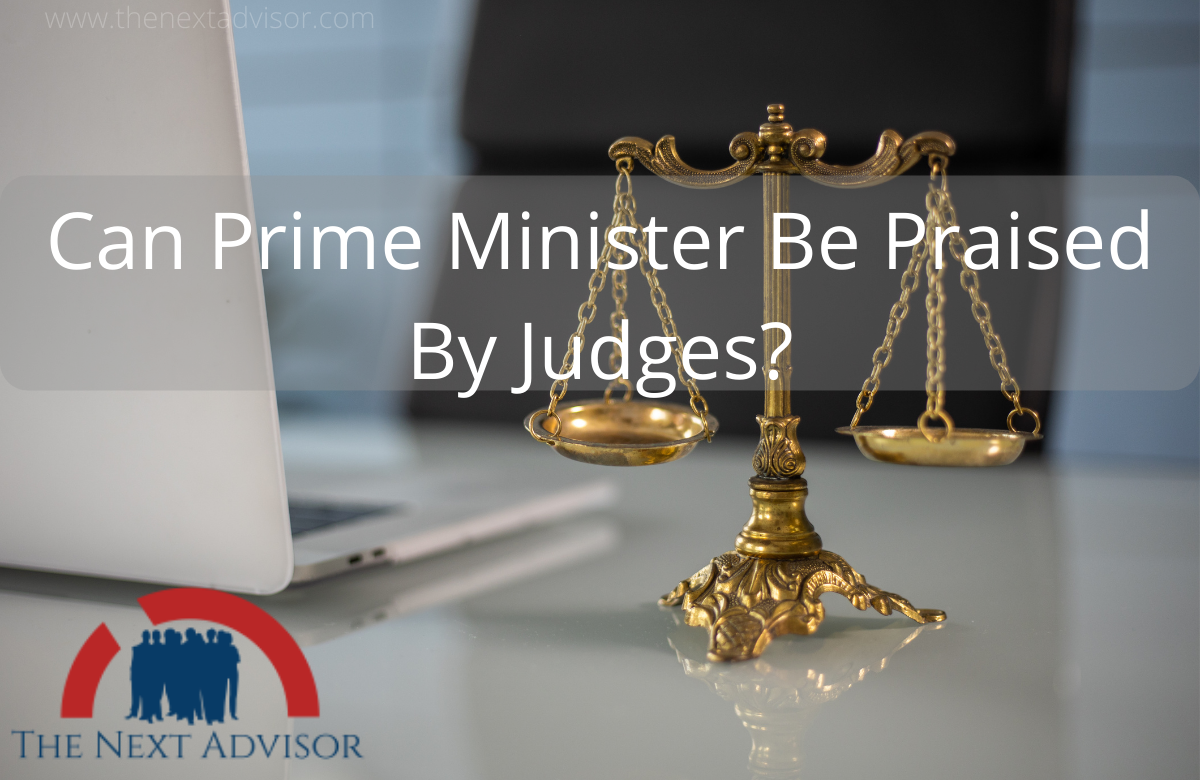 Let us see the Five incidents where Constitutional Courts were Praised by Honourable Judges. Can we say that judges are in the favour of the government of Prime Minister Modi?

•This was one of the first instances of a judge of a Constitutional court openly heaping praise on the Prime Minister.

•Justice MR Shah, who was then the Chief Justice of Patna High Court referred to Modi as a model and a hero.

• Justice Shah is currently a judge of the Supreme Court of India having been elevated to the top court in November 2018.

• He was rendering the vote of thanks at the inaugural ceremony of the two-day International Judicial Conference organized by the Supreme Court.

• Justice Shah features twice in the list, the latest being certain remarks made by him in February 2021.

• While his comments in 2018 had come under media scrutiny, the latest one did not receive much attention.

•In his speech, Justice Shah referred to PM Modi as a ” popular, loved, vibrant, visionary ” leader.

• The remarks came during the Gujarat High Court’s Golden Jubilee celebrations which saw the attendance of PM Modi.

• While the praise mentioned above were not part of any judicial orders but were remarks made by judges personally during speeches delivered by them or while answering media, Kerala High Court chose to make some remarks favoring PM Modi during the hearing of a case and such remarks also reflected in the judgment given by it on December 21 in that particular case.

• The case was a petition that sought to remove Prime Minister Narendra Modi’s photograph from the vaccination certificates issued on the Cowin portal.

• Single – judge Justice PV Kunhikrishnan during the hearing of the case on December 13, demanded from the petitioner what was wrong in having PM Modi’s image on the vaccine certificate.

• “What is the problem if Prime Minister Modi’s name is there on the vaccine certificate? You work at an Institute named after Jawaharlal Nehru, he is also a Prime Minister. Why not ask the university to remove that name also, ” the judge remarked orally.

• Upon hearing the contention of the petitioner’s counsel that the vaccination certificates issued in other countries do not contain the photographs of their respective leaders, Justice Kunhikrishnan orally observed,

• ” They are not proud of their Prime Minister, we are proud of ours . He became PM because of the mandate of the people. We have different political opinions but he is still our prime minister,” the judge said.

• “when the country is facing a pandemic situation and at that time, the Hon’ble Prime Minister of India, gave a message in the vaccination certificate with his photographs to boost the morale of the citizen”.

• ” In such situation, while issuing a certificate for COVID – 19 vaccination, if the Prime Minister of India gave a message with his photograph that with the help of medicine and strict control, India will defeat COVID – 19, what is wrong with it, ” the judgment said

• “The Prime Minister of India is not a person who entered the parliament house by breaking the roof of the parliament building. He came to power because of the mandate of the people. The Indian democracy is being praised by the world. is elected because he has got people’s mandate,” the judgment said.

• This was the latest of the instances when a Constitutional court/judge chose to laud the Prime Minister.

• Justice Shekhar Yadav of the Allahabad High Court in a judgment rendered on December 23, 2021, praised the initiatives of PM Modi for his efforts towards ” free vaccination ” in a country with a huge population like India. “

•”The Prime Minister of our country, has run the campaign of free corona vaccination in a country with a huge population like India, which is commendable and the court praises him and request the Hon’ble Prime Minister to take strong steps in view of the situation of this dreadful epidemic, and consider exploring the possibility to stop and postpone rallies, meetings, and the upcoming elections because unless there is life, there is no meaning to the world, “ the High Court said.

• Interestingly, the observations came in a case totally unrelated to the PM or his policies – a bail petition of an individual.