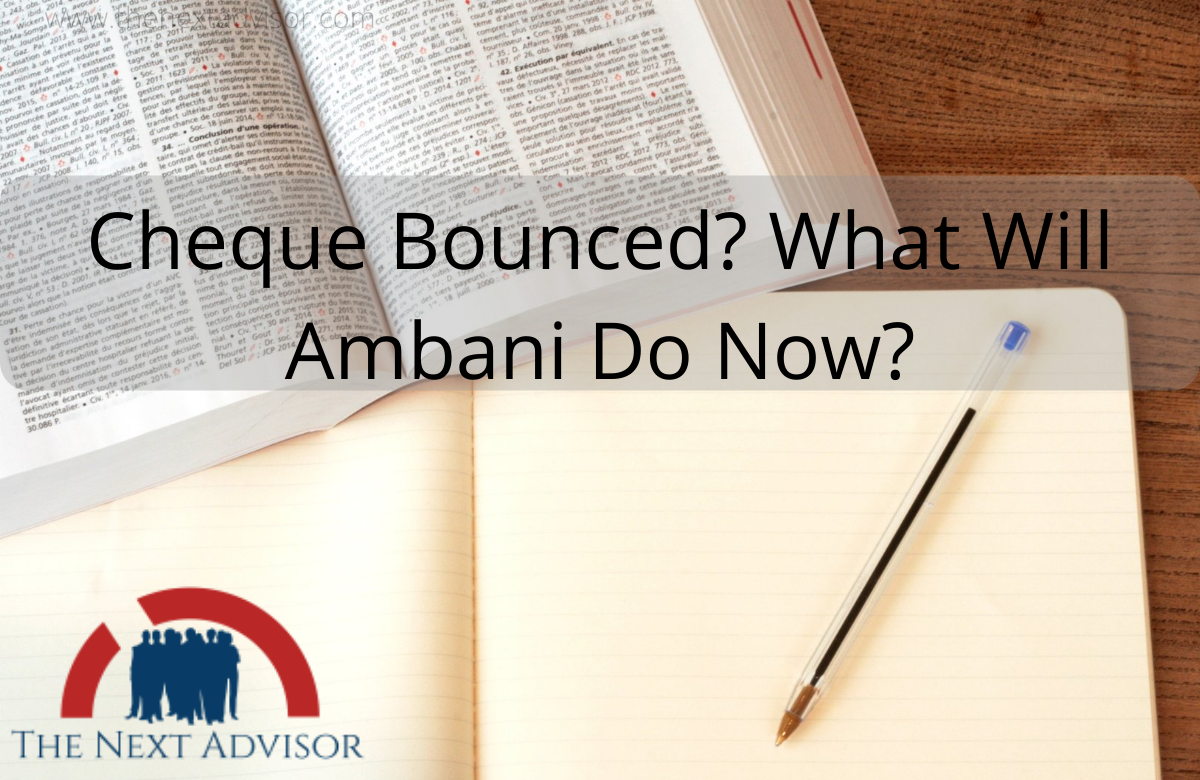 Today we will know what you should do or what you can do if your cheque bounces? We will take an example to understand this.

Ambani gave a check of ₹8000 to Riya. Then Riya deposits it in the bank and it is dishonored. All the provisions that are available on the dishonored cheque in India have been discussed in the Negotiable Instruments Act and especially all the provisions up to sections 138 to 142 of this Act are given in respect of cheque bounce.

First of all, Riya has to keep in mind that the check is valid up to 3 months from the date which is written on that cheque. The cheque is valid for 3 months. Riya has to deposit that check by visiting the bank within 3 months. And if that check gets dishonored in the bank, then there is some provision available to Riya for that.

First of all, we should know due to which reasons the check can be dishonored. There are some main reasons which are three.

So can Riya file a case against Ambani in the Court after getting this dishonor memo from the bank? the answer is no because within 1 month of getting the dishonored memo, ie within 30 days. Serving a notice is a condition precedent for filing a Complaint. Riya will have to send a legal notice to Ambani. And by this legal notice, Riya has to demand that cheque amount from Ambani.

Because it may happen that Ambani does not know that there is no money in his bank or there may be some other reason which is not in the knowledge of Ambani and Cause that check bounced is also not known to Ambani. As many times we do not even know that the members of our family withdraw money from our account. Some for the house expenses, some for the school fees of the children and we do not know.

So in order to save an honest person who does not know about their mistake,  it is mandatory to give this legal notice to save them from that mistake. So there is no format of legal notice but some things should be your notice.

If Ambani does not process the payment to Riya even in these 15 days, the cause of action starts from the 16th day. So within the next 30 days from this 16th day, within which Riya can file the case against Ambani in court. This case is filed under section 138 of the Negotiable Instruments Act.

One thing to keep in mind is that demand notice must be in the written format.

The offence of check bounce is a criminal offense in which you can either be imprisoned for 2 years or you have to pay double amount of your check amount to the complainant. As in this case, if Ambani had to give ₹ 8000 to Riya, then now Ambani will have to pay ₹ 16000 to Riya as a punishment/fine. One important thing that is also necessary to understand here is that the transaction of that debt should be legal.

Now let’s see about a very famous case, after which you will understand the thoughts of our legal system about the cheque transaction and about the negotiable instruments.

We will understand this from our example.  Ambani had to make legal money to Riya. For that payment, Ambani cut a check but that check was dishonored.

Now as soon as the check is dishonored, Riya sent a legal demand notice to Ambani and said in it that your check has been disordered. As soon as you get this notice, process this payment to me within the next 15 days from the day of this notice being served to you. But even in these 15 days, if Ambani does not process the payment to Riya, then Riya goes to the court and files a complaint against Harsh.

From this judgment, we understand that all these provisions which are given in Section138 of the Negotiable Instrument Act are given to process the money to the person who is suffering the loss due to that cheque bounce. And the motive of that Negotiable instrument Act is the person should be paid for the cheque amount.

That is, the financier that he has lost should be filled back and he will get his money. The Motive of the Negotiable Instrument Act does not mean that the offender should be punished. its motive is that the person in front should get his money back. The only motive of the Negotiable Instrument Act is that the person whose payment is due should get his payment back

So from this, we understand that the offence of check bounce is compoundable.  Meaning even if the case is registered, both the parties can compromise and can receive the payment and withdraw the complaint at any stage of the case during the trial.