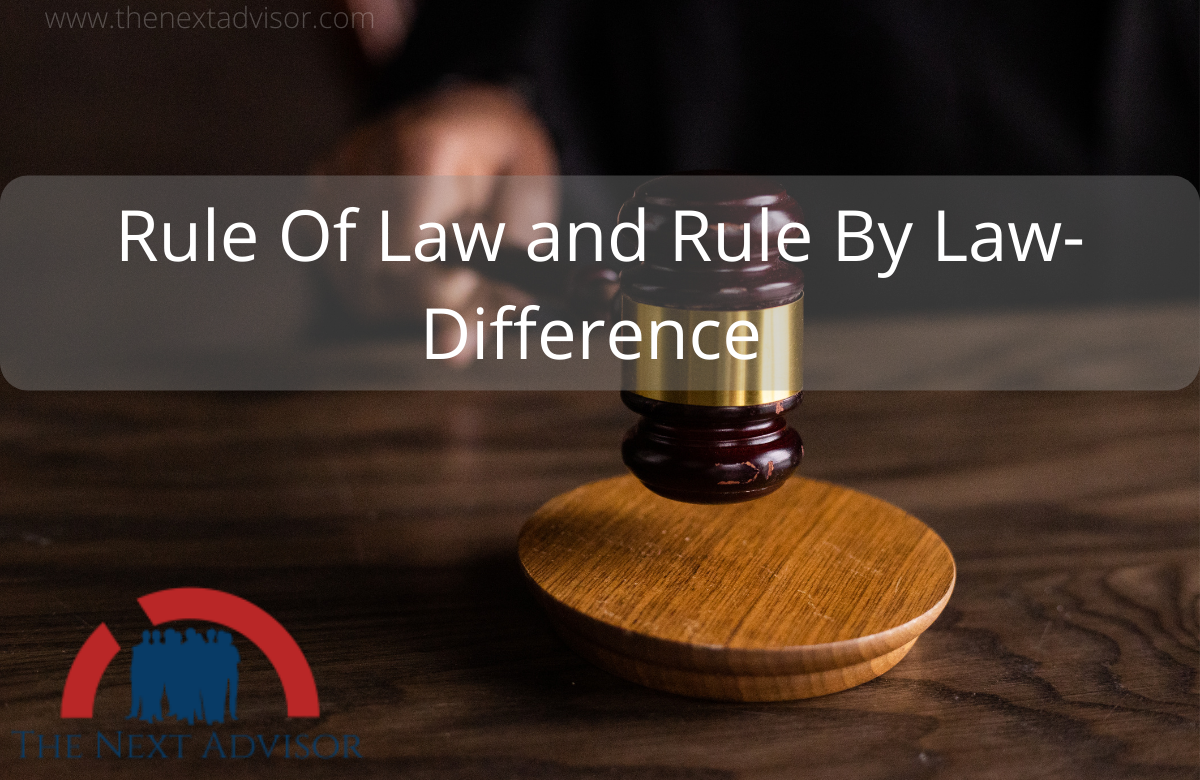 Hello friends, I would like to put your attention towards the very important topic by the view of study about law, i.e., Rule Of Law and Rule By Law. I will also explain here the main difference between the R. O. L and R. B. L.

Rule of Law (R. O. L) ( Lex is Rex )R. O. L is a mechanism, process, institution, practice, or norm that supports the equality of all citizens before the law The Constitution of India intended for India to be a country governed by the R. O. L.

The King is not the law but the law is king Chanakya: King should be governed by the word of law

• Plato said the meaning of R. O. L is that it is supreme in nature and nobody is above the law.

• Aristotle said that law should be the final sovereign of the state. ,

• The supreme law-making authority of that country.

Example:- MEN & WOMEN SHOULD ONLY CUT THEIR HAIR ACCORDING TO THE 28 GOVERNMENT-APPROVED HAIRSTYLES.

• Law rules over all people including the person administering the law

• There must be enforcing authority to enforce principles of law.

• This authority can be best found in courts.

• Equality in not an absolute concept in India

R. O. L is an integral part of the Basic Structure of the Constitution Article 13, 21 provides a further check against arbitrary executive action of the government. To understand it deeply please refer: Kesavananda Bharati vs State of Kerala