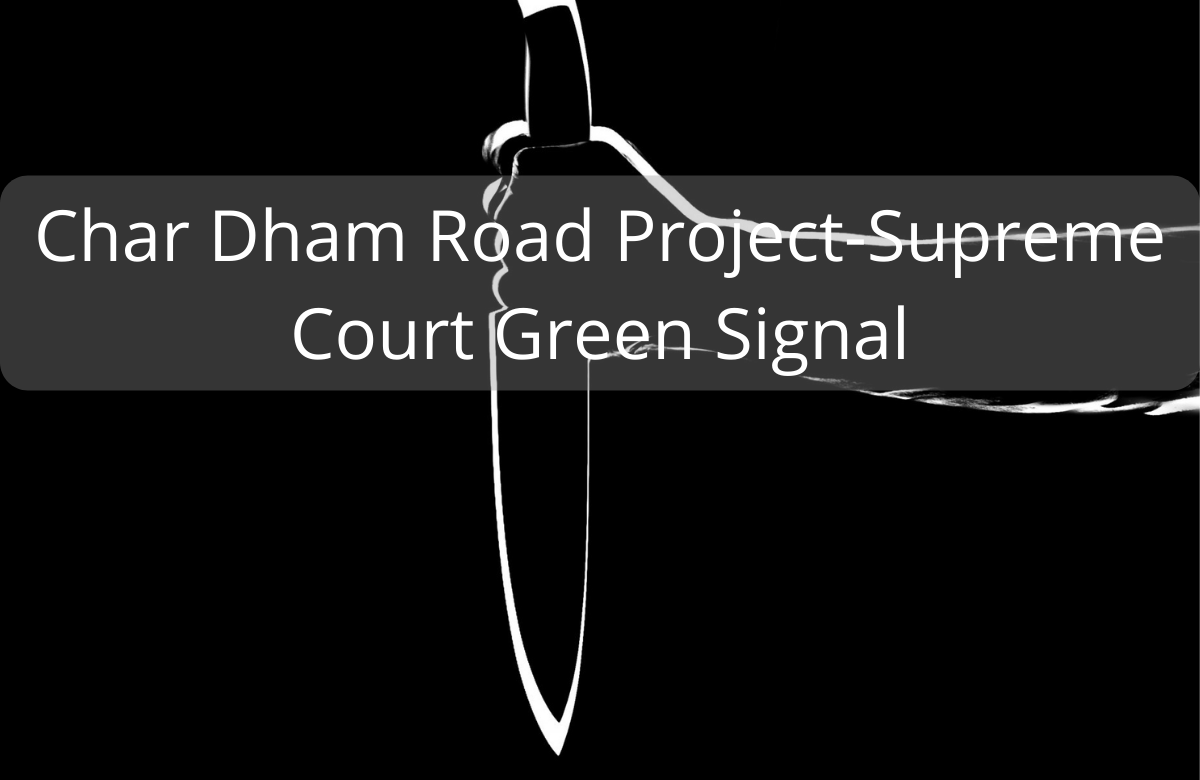 Supreme Court also constitutes a committee to be led by former Supreme Court judge AK Sikri to ensure all remedial measures are taken in the interest of the environment and recommendations of the committee are implemented while going ahead with the project.

The oversight committee shall receive all support from the Defence Ministry of Road Transport, Uttarakhand Government and all-district magistrates.

In September, Supreme Court upheld the recommendation of four HPC members, including Chopra, to limit the carriageway width 5.5 m (along with 1.5 m raised footpath), based on a March 2019 guideline issued by MoRTH for mountain highways. The majority report by 21 HPC members, 14 of them government officials, favoured a width of 12m as envisaged in the project following national highway double-lane with paved shoulder standards: 7 m carriageway, 1.5 m paved shoulders on both sides, and 1m earthen shoulders on either side for drains and utilities (hillside) and crash barrier (valley side).

A wider road require additional slope cutting, blasting, tunnelling, dumping and deforestation – all of which will further destabilise the Himalayan terrain, and increase vulnerability to landslides and flash floods.

HPC chairman Chopra wrote to the Environment Ministry in August 2020, underlining how the project was being implemented in brazen violation of statutory norms “as if the Rule of Law does not exist”.

Work without valid permission: Project work and felling of trees on different stretches, adding up to over 250km, has been continuing illegally since 2017-18. A work order issued by the state Forest Department in September 2018 did not only post facto but also legally untenable.

In fact, the department had written to the developer back in February 2018: ” Char Dham project is related to the ambitious plan of the Honourable PM… considering the importance of the project… tree felling in the stretches quoted above is almost complete of the in-principle approval is a clear violation.”

Misusing Old Clearances: Work started on stretches adding up to over 200 km on the basis of old forest clearances issued to the Border Roads Organisation during 2002-2012. This is illegal and defeats the regulatory purpose since the scope of work has changed drastically with “enormous hill cutting” undertaken.

Much has just been pushed down the slope along NH-125, posing a serious threat to the environment and local habitat.

False Declaration: Tree felling, hill cutting and much dumping on stretches adding up to over 200 km commenced by falsely declaring that these stretches did not fall in Eco-Sensitive Zones of Kedarnath Wildlife Sanctuary, Rajaji National Park, Valley of Flowers National Park.

Work without seeking clearance: Work began on various stretches, adding up to at least 60 km, after withdrawing applications for forest clearance without furnishing reasons.

Violation of SC directive: Work started on stretches adding up to at least 50km, even though the state government said an affidavit in April 2019 that stretches, where work had not already begun, would be subject to the direction of the SC.

Ecologist: ” no convincing argument exists in the recent affidavit of the MoD to ignore and override the profound and irreversible ecological damage to the Himalayas that will impact each and every one of us and generations to come”,

The wider the road, the quicker the defence deployment and supplies. But widening a mountain highway, particularly on the young, still-unsettled Highways, runs the risk of leaving the slopes more unstable. In fact, the HPC argued that “a disaster-resilient road is much more critical” than a wider road “prone to frequent blockages, landslides and recurring slope failures”, concluding that an intermediate width for Himalayan highways was more judicious even for the country’s defence needs.

The Supreme Court on Tuesday allowed the Central to construct all-weather roads with 10-metre tarred surfaces, as opposed to the 5.5-metre-wide road ordered earlier, as a part of the Char Dham project. Many of these are strategic feeder roads leading to the Indo-China border, according to officials familiar with the matter.