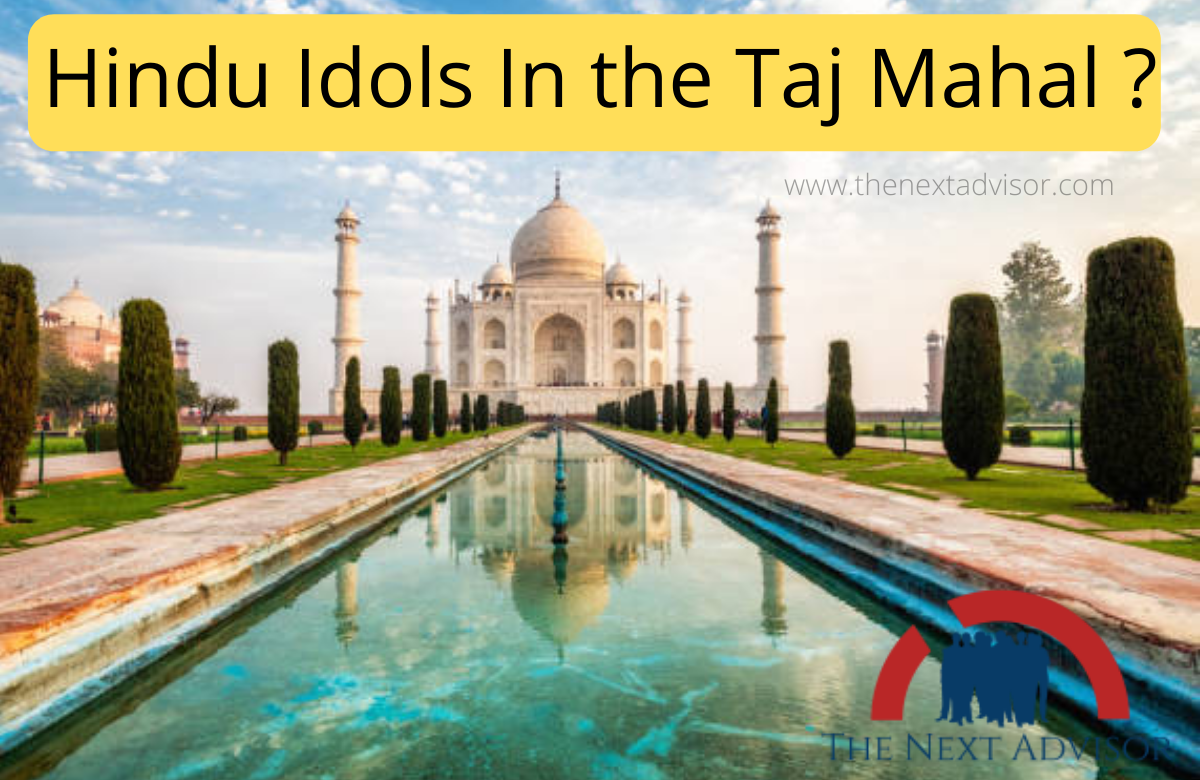 To find out the answer to the question of whether it is the Hindu Idols in the Taj Mahal? Petition filed in Allahabad High Court to “Open 22 rooms in Taj Mahal”. The Petitioner said “I have demanded that the 22 doors of rooms of the monuments which are closed should be opened to see the truth (whether it is Hindu Idols in the Taj Mahal or not?, whatever it is,” the Petitioner said.

A petition filed in the Lucknow bench of the Allahabad high court has sought directives from the Archaeological Survey of India (ASI), To open 20 rooms inside the Taj Mahal in Agra to ascertain whether Hindu idols and inscriptions are hidden there.

Bharatiya Janata Party (BJP) media in charge of Ayodhya district, Dr. Rajneesh Singh has filed the petition which is yet to come up for hearing. Advocate Rudra Vikram Singh is representing the petitioner in court. “There is an old controversy related to the Taj Mahal. Around 22 rooms in the Taj Mahal are locked and no one is allowed to enter. It is believed that in these rooms there are idols of Hindu gods and scriptures,” said Dr. Rajneesh Singh.

“I (Petitioner) have filed a petition in the High court seeking directives to ASI to open these rooms to ascertain facts. There is no harm in opening these rooms and setting to rest all controversies,” said Singh. In the plea, the petitioner has sought directives from the court to the state government to constitute a committee that would examine these rooms and looks for any evidence related to Hindu idols or scriptures there.

RTI (Right To Information) SINCE 2020 Rajneesh Singh said he has been trying to ascertain facts about the 22 locked rooms of the Taj Mahal since 2020 through the Right to Information Act (RTI). Singh filed an RTI in 2020 with the union ministry of Culture seeking information about the rooms.

“Since 2020, I (Petitioner) have been trying to ascertain facts about the locked rooms of Taj Mahal. I had filed a Right to Information. Replying to the Right to Information, the union ministry of Culture informed the Central information Commission (in Delhi) that their rooms were locked due to security reasons,” Singh said. And no detail was provided about these rooms, he(Petitioner) added.

“When all my efforts failed then I have approached the Lucknow high court seeking directives to the government to open these rooms and constitute a fact-finding committee to find out whether Hindu gods and scriptures are inside them,” he added.

The plea, filed through advocate Rudra Vikram Singh, argued that many Hindu groups have been claiming that, the Taj Mahal is an old Shiva temple which was known as Tejo Mahalaya and this is supported by many historians as well.

“It is said that Taj Mahal was named after the name of Shah Jahan’s wife Mumtaz Mahal, However in many books, the name of the wife of Shahjahan was described as Mumtaz-ul-Zamani, not Mumtaj Mahal, Also the fact that the construction of a mausoleum takes 22 years for completion is beyond the reality and totally an absurdity,” the plea stated.

“It is there in many History books that in 1212 AD, Raja Paramardi Dev had built Tejo Mahalaya temple palace (presently Taj Mahal). The temple was later inherited by Raja Maan Singh, the then Maharaja of Jaipur. After him, the property was held and managed by Raja Jai Singh but was annexed by Shah Jahan (in 1632) and later it was converted into a memorial for the wife of Shah Jahan.

The plea stated that in the 22 permanently locked rooms in the upper and lower portion of the four-storied building of Taj Mahal lies a temple of Shiva.