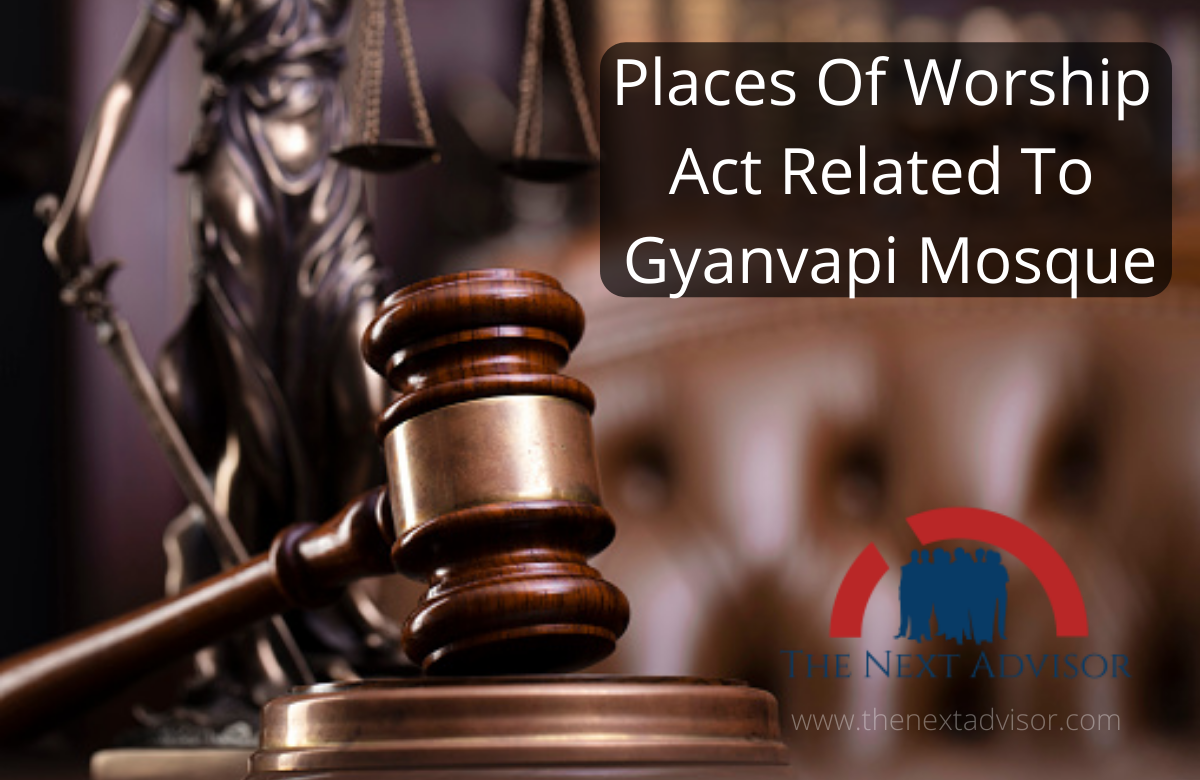 The court has ordered the district magistrate to seal the area and prohibits the entry of any person to the area. Varanasi Court has ordered to open the basement of Gyanvapi Mosque and conduct an archaeological survey to determine whether the mosque was built by Mughul Emperor Aurangzeb atop the destroyed portion of the temple.

Five Delhi-based women moved to the Varanasi Court with their plea on April 18, 2021, seeking permission for daily prayers before the idols of Hindu deities on its outer walls. The Court appointed a committee to survey and videography of basements in the Gyabvapi-Gauri Shrinagar complex and asked it to submit the report by May 10. The survey was stalled amid objections by the mosque committee, which claimed that the advocate commissioner appointed by the Court did not have the mandated film inside the premises.

The court, on May 12, ordered the committee to continue the survey and submit the report by May 17. The Anjuman Intejamiya Masjid management committee of the Gyanvapi mosque has petitioned the Supreme Couer to stop the survey. The petition states that both the 1991 and 2021 petitions are against the Places of Worship (Special Provisions) Act, 1991.

Let us see the Places of Worship Act, 1991, and the Provisions and challenges to the Act.

History The Act was brought by the PV Narasimha Rao government in the background of the Ram temple movement. BJP leader LK Advani’s Rath Yatra was getting massive popular support and Further tensions rose high in the country after Advani was arrested in Bihar and Kar sevaks were shot at in Uttar Pradesh.

In this background, A Bill was introduced by the then-Union Home Minister in the Narasimha Rao Cabinet Mr. SB Chavan, to prevent communal unrest. While presenting the bill, Home Minister S B Chavan said:

The preamble of the Act–

Section 4 of Places of Worship Act 1991:-Declaration as to the religious character of certain places of worship and bar of jurisdiction of courts,

Section 4 (1):- It is hereby declared that the religious character of a place of worship existing on the 15th day of August 1947 shall continue to be the same as it existed on that day.

• The Provisions of this section 4 of the Places of Worship Act are not applicable to Ancient sites of archaeological importance and are covered under the Ancient Monuments and Archaeological Sites and Remains Act, 1958.

Section 5 of Places of Worship Act:- Act not to apply to Ram Janma Bhumi-Babri Masjid. —Nothing contained in this Act shall apply to the places or places of worship commonly known as Ram Janma Bhumi-Babri Masjid situated in Ayodhya in the State of Uttar Pradesh and to any suit, appeal, or other proceeding relating to the said places or places of worship.

Section 6 of Places of Worship Act:- Punishment for contravention of section 3—
(1) Whoever contravenes the provisions of section 3 shall be punishable with imprisonment for a term which may extend to three years and shall also be liable to a fine.

Section 7 in The Places of Worship (Special Provisions) Act, 1991:- Act to override other enactments.—The provisions of this Act shall have effect notwithstanding anything inconsistent therewith contained in any other law for the time being in force or any instrument having effect by virtue of any law other than this Act.

The Places of worship Act 1991/ Law is challenged two times

1. law was a contravention of the principle of secularism as laid down by the Constitution.

2. The Centre has barred remedies against illegal encroachment on places of worship and pilgrimages and now Hindus, Jains, Buddhists, and Sikhs cannot file a or approach a high court under Article 226. Therefore, they won’t be able to restore their places of worship and pilgrimage including temple endowments in the spirit of Articles 25-26 and the illegal barbarian acts of invaders will continue perpetuity,”.

• it bars judicial review, which is à basic feature of the Constitution

•One of the petitioners challenging the Act said “maintenance of status quo as in 1947 ln response, religious places is like closing eyes similar to that of pigeons against the advancement of cats. This… will means the preservation of tensions for the coming generations.

•The petitioners had also claimed that Section 4 of the Act discriminates between Hindus and Mus with respect to restoring possession of places of worship.

• “The Places of Worship Act is intrinsically related to the obligations of a secular state. It reflects the commitment of India to the equality of all religions. Above all, the Places o Worship Act is an affirmation of the solemn duty which was cast upon the State to pre and protect the equality of all faiths as an essential constitutional value, a norm the status of being a basic feature of the Constitution.

• The law speaks to our history and to the future of the nation.

•Historical wrongs cannot be remedied by the people taking the law into their own hands. In preserving the character of places of public worship, Parliament has mandated in no uncertain terms that history and its wrongs shall not be used as instruments to oppress present and the future”.

•”The Places of Worship (Special Provisions) Act,1991 was introduced as a measure to provide and develop glorious traditions of love, peace, and harmony.”