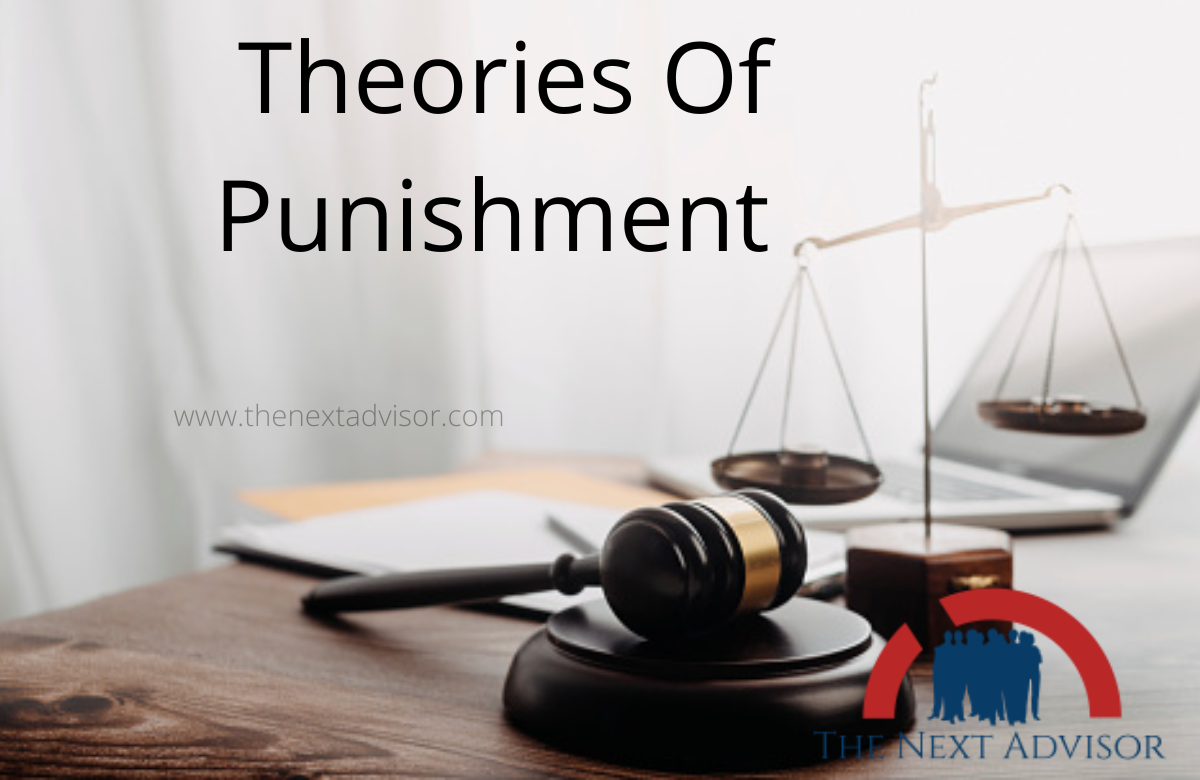 • In ordinary language, the term crime denotes an unlawful act punishable by the state. The most popular view is that crime is a category created by law ( I.e something is a crime if applicable law says that it is . ) One proposed definition is that a crime, also called an offence or a criminal offence, is an act harmful not only to some individual but also to the community or the state ( a public wrong ). (Theories of Punishment)

Such acts are forbidden & punishable by law. The idea that acts like murder, rape & theft are prohibited exists all around the world. what precisely is a criminal offence is defined by the criminal law of each country. Breaches of private law ( tort & contract ) are not automatically punished by the state but can be enforced through civil procedure.

Before understand the theories of punishment let us see the Classification & Categorisation of Crime.

• Offence against the person

• Offence against the state/crown/govt / political offence

• Offence against public Justice/order/administration of justice.

• Imprisonment ( which is either with or without labour )

• Whipping in some states Banislument and deathly.

• Suspension or deprivation of some political or Civil right, deprivation of office & being rendered incapable to hold office. The compulsion to remove nuisances.

The object of punishment is to protect society from mischievous and undesirable elements by deterring potential offenders, but preventing the actual offenders from committing further offences and by reforming and turning them into law-abiding citizens. Salmond stated an illustration, a murderer injured primarily a particular victim, but it’s the blatant disregard of human life but it’s beyond a matter of mere compensation b / w the murderer and the victim’s family. That’s why it becomes very important on behalf of society to punish the offenders.

PUNISHMENT CAN BE USED AS A METHOD OF REDUCING THE INCIDENCE OF CRIMINAL BEHAVIOUR EITHER BY DETERRING THE POTENTIAL OFFENDERS OR BY INCAPACITATING AND PREVENTING THEM FROM REPEATING THE OFFENCE OR BY REFORMING THEM INTO LAW-ABIDING CITIZENS.

● ” you hurt me and I will hurt you ” is its literal meaning. Most stringent and harsh of all theories, the RETRIBUTIVE theory believes to end the crime in itself. The retributive theory provides that the penal system should be designed to ensure that the offenders atone by suffering for their suffering should be of the same magnitude as that of their victims .

Infliction of punishment is justified in itself since ( offenders should be given their due. The theory, therefore, underlined the idea of revenge an eye for an eye and a tooth for a tooth’- the rule of natural justice. The pain to be inflicted on the offender by way of  punishment was to outweigh the pleasure derived by him from the crime; punishment is an expression of society’s disapproval for the offender’s criminal act. The justification for retributive theory is based on theological, aesthetic and expiatory grounds .

CRITICISM of Retributive Theroty- They ignore the circumstances of the criminal and whether the offender is young, the first offender, woman or the insane ( who need a lenient view of punishment ). An eye for a would turn the whole world blind. This theory has lost much of its relevance today .

The utilitarian considers the general aim of punishment as utilitarian which is the protection or security of society from the harm caused by crime. according to them, punishment serves some real purpose like deterrence ( in comparison, retributive theory considers punishment as an end itself ).

Deterrent means, ” infliction of severe punishment with a view to preventing the wrongdoer from doing a wrong second time, but also to make him an example to others who have criminal tendencies.A judge once said: ” I don’t punish you for stealing the sheep but so that sheep may not be stolen ” . The aim of punishment is not revenge but terror . • As Salmond rightly puts it, ” punishment is before all things deterrent and the main aim of the law of crime is to make the evil-doer an example and a warning to all that are like-minded with him “.

CRITICISM of Dettrrent Theory – Fails in the case of hardened criminals. Fails to deter ordinary criminals because many crimes are committed in a ‘ Spur of the moment ‘ without any prior motive or design.When capital punishment was being publicly awarded by hanging the person to death in public places many people committed crimes of pick-pocketing theft, assault or even murder in those men-packed gatherings despite the hastily scene.

The punishment to be effective and deterrent must be certain. The Criminal Justice system, which follows the principle that the prosecution should establish the guilt beyond reasonable doubt and the benefit of the doubt goes to the accused, he has never been able to use the punishment in a deterrent manner. Further, wrongful acquittals and convictions are not uncommon. • The deterrence theory principle has nothing to say about victimization ( where a man known to be wholly innocent is made to suffer.

• Also known as the ‘ theory of disablement’.according to this theory, punishment is based on the proposition, ” not to avenge crime but to prevent it “. The main aim of the theory is to disable the criminal. • Offenders are disabled from repeating the crime by awarding punishments, such as death, exile or forfeiture of an office.

Capital punishment prevents crime as it removes the criminal from society forever. By putting a criminal in jail, he is prevented from committing another crime . Bentham supported the preventive theory because of its humanising effect on criminal law . • Prevention would accordingly seem to be the chief and only universal purpose of punishment .

CRITICISM of Preventive Theory – punishment has the undesirable effect on hardening first offenders, or juvenile offenders when imprisonment is the punishment by putting them in the association of hardened criminals.

Crime is a product of various factors and cannot always be explained on the basis of hedonistic calculations of pleasure and pain. The focus shifted from the ‘ punishment ‘ to the ‘ correction ‘. • It emphasizes the renewal of the criminal and beginning of a new life for him.Reformation is defined as ” the effort to restore a man to society as a better and wiser man and a good citizen “. Punishment is used as a measure to reclaim the offender and not to torture or harass him.

The ultimate aim of the punishment is to ” resocialize ” the offender, to ” readjust ” him to society, and ” to change him deep inside “. A criminal is studied, like a patient in his entire socio-economic milieu, and not in isolation, to understand causative factors leading to criminality and then attempt to be made to reform or treat and rehabilitate the offender. While awarding the punishments the judge must take into consideration the age and character of the offender, his antecedents and the circumstances under which he committed the criminal act .

CRITICISM of Reformative Theory – The recidivism, hardened and professional criminals hardly respond favourably to these methods. It never commanded more than lip service from most its more powerful adherents .

According to the theory of compensation the object of punishment must not be merely to prevent further crime but also to compensate the victim of the crime. Conclusion No single theory whether deterrent, preventive, retributive or REFORMATIVE can help in eliminating crimes and criminals from society. It is only through an effective combination I two or more of these theories that an ideal penal programme can be drawn to combat crimes.

The expiatory punishment is based on morals. According to this theory, repentance or expiation by the offender itself is a punishment. If the offender expiates or rep ends, he must be forgive. The expiatory theory of punishment was prevalent in ancient Indian criminal law. Expiations we’re performed by way of uttering mantras, fasting or even burning oneself to death.

These are Six Theories of Punishment.