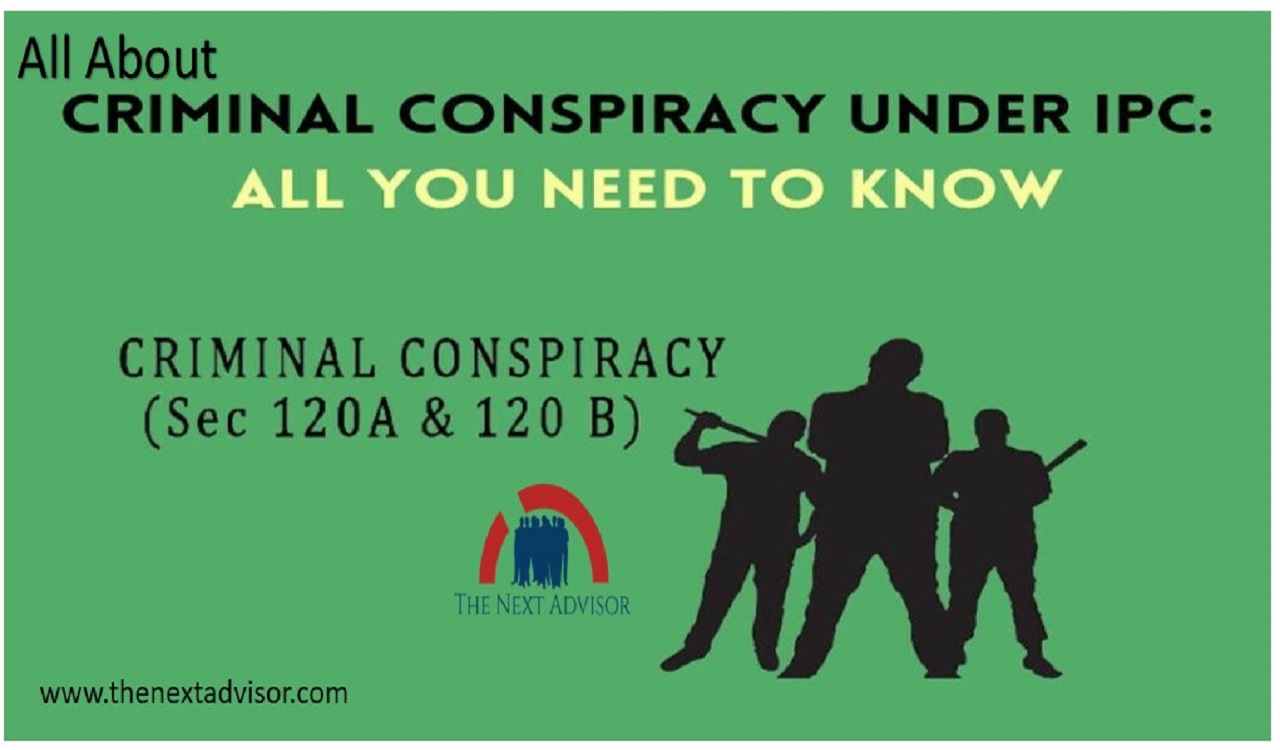 All About Criminal Conspiracy

1. Conspiracy as a substantive offense.

2. Conspiracy as a form of abetment.

3. Conspiracy to wage, attempt to, or abet war against the Government of India.

To constitute a criminal conspiracy some eccesitiols things are required which must be satisfied.

1. There must be an agreement between the persons who are aliens to conspire.

2. The agreement should be for doing an illegal act.

So the essential elements of a conspiracy are in mind. In the case of the conspiracy, it was held that the charge of criminal conspiracy cannot stand against the other accused means the two parties or two persons. The proof of communication is not essiciantle in the conspiracy.