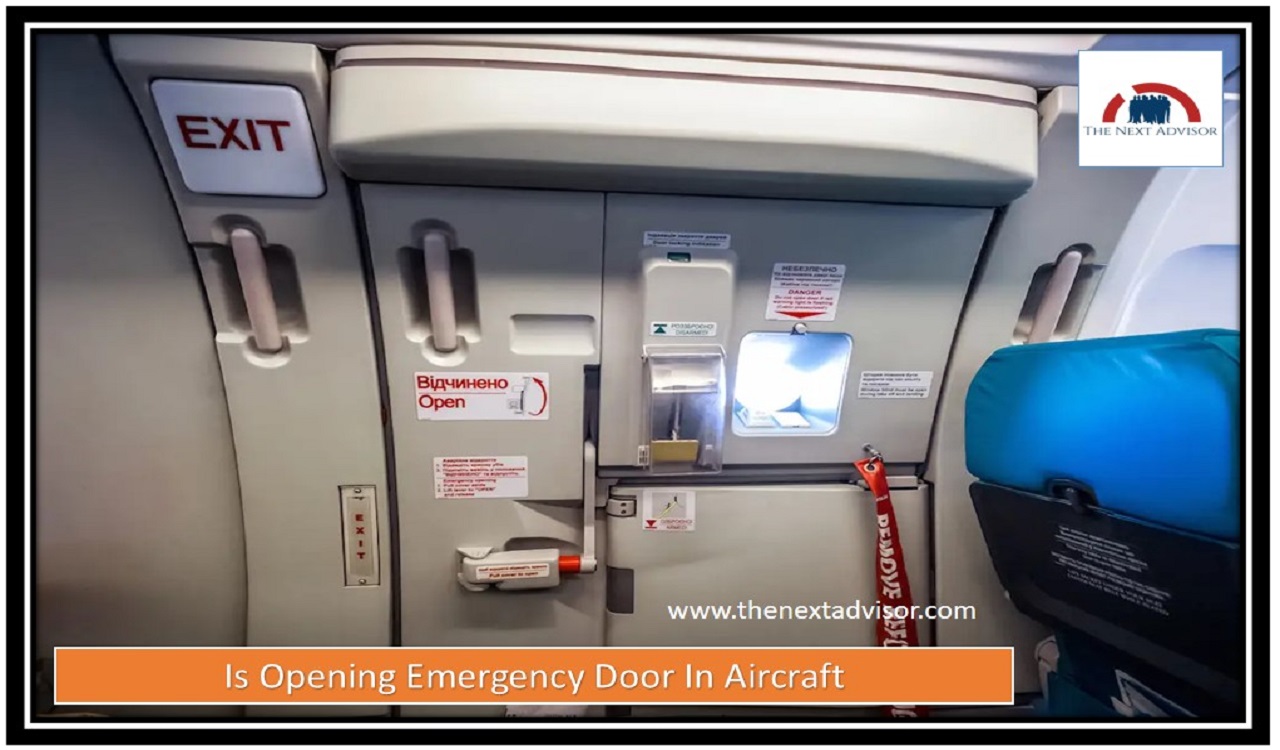 Is Opening Emergency Door In Aircraft

Tejasvi Surya, national president of the BJP Yuva Morcha and the party’s MP from Bengaluru South, allegedly opened the emergency exit of an Indigo aircraft at Chennai airport on December 10 last year. The aircraft was on the ground at the time of the incident. By protocol, the passengers were taken off and the aircraft left only after it had been thoroughly examined. This is not the first time a passenger has tried opening an aircraft’s emergency door. The airline released a statement on Tuesday, which did not name Surya, and only mentioned “a passenger traveling on flight 6E 7339 from Chennai to Tiruchirapalli on Dec 10, 2022” who had “accidentally opened the emergency exit.”

Where are emergency doors located?

In commercial jets, the doors are usually located above the aircraft’s wings, accessible by passengers.

Why do Aircraft have emergency doors?

Emergency doors, as the name suggests, are intended to help passengers and crew quickly evacuate an aircraft in an emergency. A ditching, crash-landing, a burning, when smoke fills the cabin, or any other event that may require an immediate evacuation to ensure the safety of passengers and crew on board. During testing and certification, aircraft manufacturers are required to demonstrate that all passengers, in maximum-seating capacity, can be evacuated within 90 seconds, Factoring in malfunctioning devices or blocked doors, during an emergency.

During testing and certification, aircraft manufacturers are required to demonstrate that all passengers, in maximum-seating capacity, can be evacuated within 90 seconds, Factoring in malfunctioning devices or blocked doors, during an emergency.

Is it scary to sit next to the emergency door?

Not at all. The seats next to the emergency exits have more leg space and are hence more comfortable. However, you must never try to open the door _ it affects flight safety, and constitutes a violation of regulatory rules, and you will be able for action.

As the Chennai incident illustrates, it is indeed possible for a passenger to open an emergency door when the aircraft is on the ground. There have been several instances around the world when a passenger has done so _ some have even stepped out and walked on the aircraft’s wings, and later told law enforcement that ” the cabin was stuffy and they wanted some fresh air”. It happens only in movies. In reality, neither passengers nor crew can’t do so mid-flight. That’s because humans don’t have the strength to overcome the tremendous air pressure pushing against the door in a pressurized cabin. According to airline pilot Patrick smith, the author of cockpit confidentiality and creator of the popular aviation website Ask the pilot.com, At a typical cruising altitude, up to eight pounds of pressure are pushing against every square inch of the interior fuselage.

That’s over 1,100 pounds against each square foot of the door.