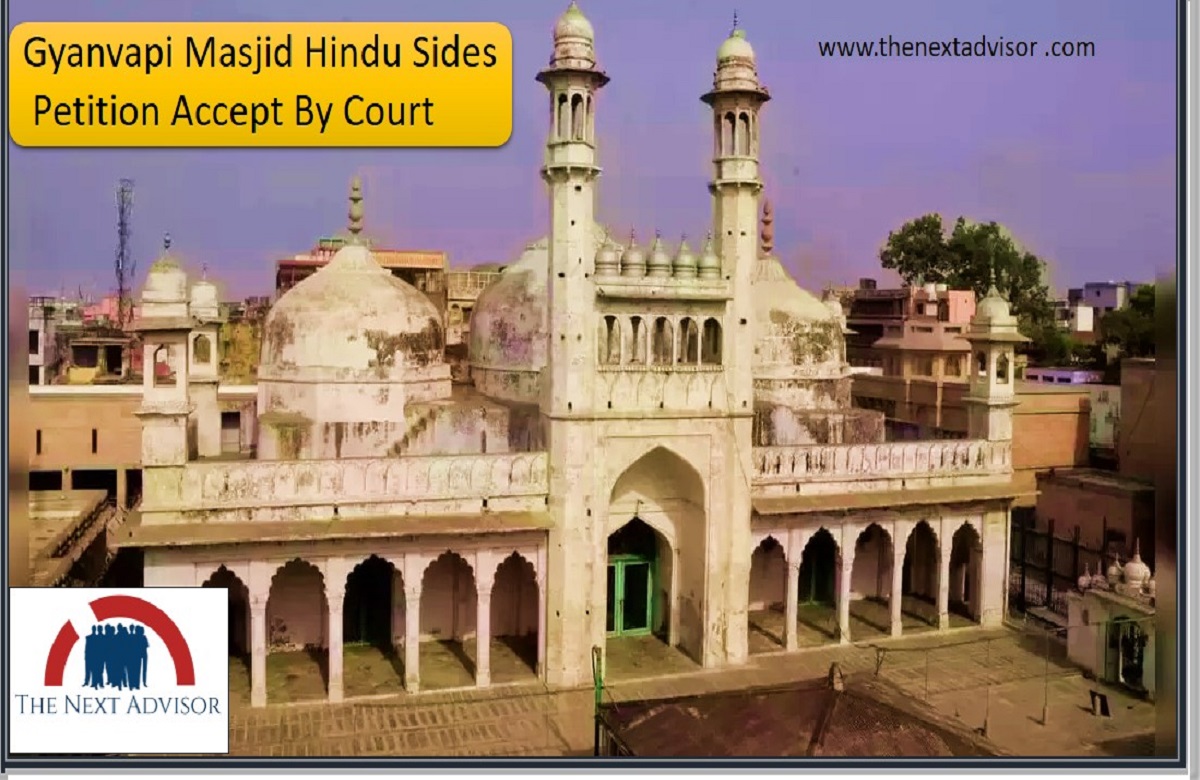 The self-styled Jyoturling Court Of Contempt Act 1971 of Lord Vishwanath in Kashi (Varanasi in Utter Pradesh ) is in the Gyancapi Complex. The petitioner also claimed Mughal Emperor Aurangzeb had destroyed a portion of the Kashi Vishwanath temple in 1669 and built a mosque named Gyanvapi Masjid.

The defense says that there was no temple in the Gyanvapi complex and the mosque is standing on the site from the very beginning. in 1991, the first petition in the case was filed in Varanasi court by Swayambhu Jyotirlinga Bhagwan Vishweshwar. The petitioner has sought permission to worship in the Gyancapi complex. He had placed three demands before the court including that the court should declare the entire Gyanvapi complex as a part of the Kashi temple. Besides, he also sought the eviction of Muslims from the complex area, and also a mosque in the complex was demolished.

In 1998 , Anjuman intezamia Masjid Committee filed a case at the Allahabad high Court . The committee in their plea before the court asserted that the temple-mosque land dispute could not be adjudicated by a civil court as it was barred by the law. it was in the direction of the high court that the proceedings in the lower court got stayed which continued for the past 22 years.

In 2019, a person named Rastogi filed a plea on behalf of swaybhu Jyotirlinga Bhagwan Vishweshwar in Varanasi district court. The petitioner demanded that an archaeological survey of the entire Gyanvapi mosque complex should be carried out. In 2020, the Anjuman Intezamia Masjid committee opposed the petition seeking an ASI survey of the entire Gyanvapi complex. in the same year, the petitioner again approached the lower court with a petition, requesting to resume the hearing as the Allahabad High Court had not extended the stay further.

Now, the court is hearing a petition by five Hindu women seeking daily prayers before the idols on the mosque’s outer wall. Following the survey and the reported finding of a sibling inside the complex, the court the spot in the complex to be sealed. On Monday, the Varanasi District in Uttar Pradesh ruled that the Petition of Hindu devotees in the Gyanvapi Mosque case is maintainable, Rejection the challenge to the petition by Anjuman Intezamia Masjid Committee.

Madan Mohan Yadav, an advocate of the Hindu side, earlier claimed that the survey team found Shivling in the complex near ” Wazoo Khana ” – A place inside a mosque where people wash hands before offering Namaaz. Earlier, the Supreme Court on May 20 transferred the civil suit filed by Hindu devotees on Gyanvapi mosque from the civil judge (senior division ) to the district judge of Varanasi, citing the complexities and sensitivity of the case and saying a senior judicial officer should handle it.

The apex court directed the district judge to first decide the application under Order 7 Rule 11 of CPC on maintainability files by the Mosque committee saying the civil suit is barred by a law of parliament. The Act says that no person shall convert any place of worship of any religious denomination or section. It contains a declaration that a place of worship shall continue to be as it was on August 15, 1947.

The law was enacted to freeze the status of all places of worship in the country on August 15, 1047. An exception was made to keep the Babri Masjid – Ramajanma Bhoomi dispute out of its ambit as the structure was then the subject of litigation. The dispute ended after the court ruled that the land on which the Masjid stood should be handed over to the Hindu community for the construction of a Ram temple.

The challenge to the Act questions the legality of the prohibition it imposes on any community laying claim to the places of worship of another. The 1991 Act will not apply in some cases. It will not apply to ancient and historical monuments and archaeological sites and remains that are covered by – The Ancient Monuments and Archaeological site and remains Act, 1958.

The Gyanvapi Mosque is a topic that is very important to think through the purpose of the religious topics. Because of this, the question before the Honorable Court is related to the worship of the Hindu and Muslim religions. And it is very important to avoid religious controversy between Hindu and Muslim religions. Let us see what the world Court gives the Judgement in this Petition.