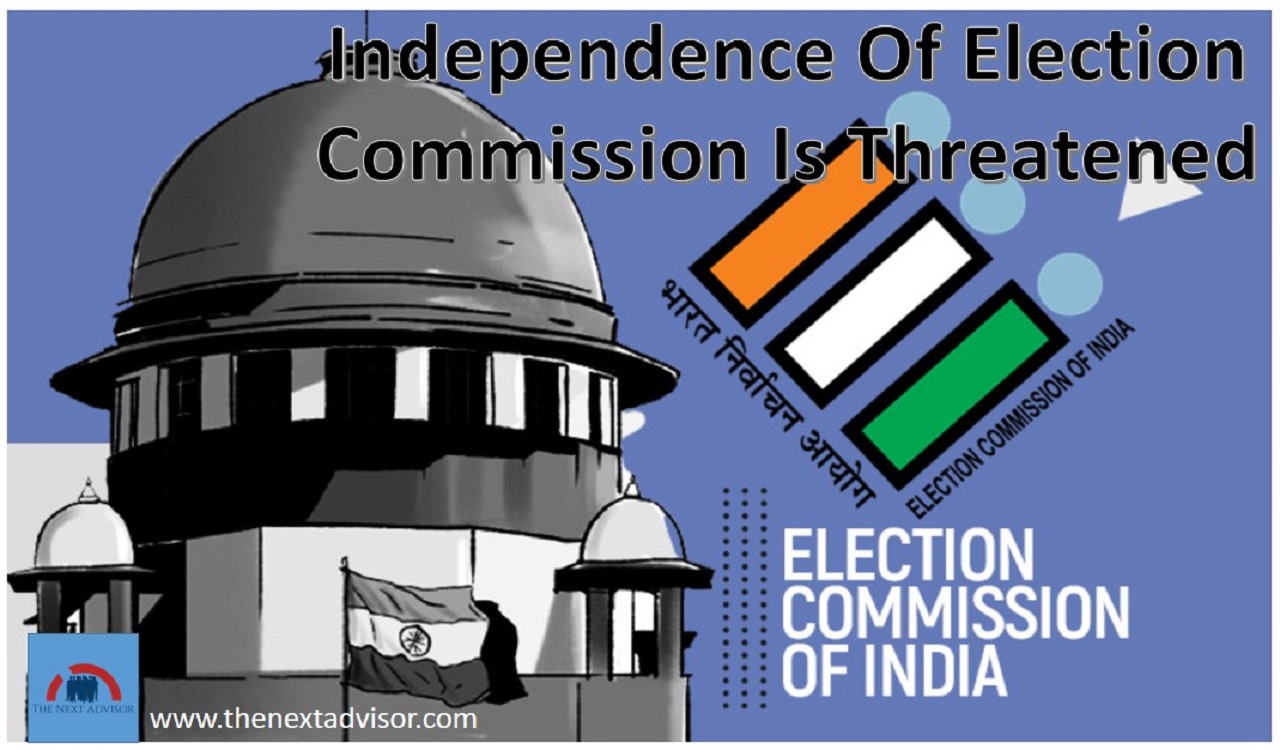 Independence Of Election Commission Is Threatened

A five-judge constitution bench headed by Justice KM Joseph is hearing a petition seeking reforms in the system of appointing election commissioners.

The Election Commission of India is an autonomous constitutional authority and watchdog of the Indian constitution responsible for the administration of electoral processes in India. Administers elections of the Lok sabha, Rajya sabha, and state legislative assemblies in India and the country’s present and vice president offices.

Originally the election commission had only one election but prompted by the supreme court’s observation in the case, the center brought a chief election commissioner amendment Later made act made ECI a multi-member. The appointment of the chief election commissioner and other elections shall be made by the president. There are no qualification criteria, generally, senior bureaucrats are appointed whichever is earlier. They hold office for a term of 6 years or until they attain whichever is earlier. can resign at any time by writing to the president. They can also be removed before the exiting of their term.

First, a list is prepared of all seniors then the list is sent to the law ministry which is then forwarded explained, and said, We need to see to what extent the court process. The existing system is working fine and there is no intervention in this case. The chief election commissioner can be removed from office only through a process of removal to that of a supreme court judge by an aliment judge of high courts and supreme court, CEC, Comptroller, and Auditor may be removed from office through a motion adopted by parliament.

Removal requires a special majority of 2/3rd members present and voting supported by more than 50% of the total strength of the person.

The apex court pointed out that the situation on the ground is alarming and that it wants a CEC like the late Seshan, known for bringing key electoral reforms as the poll panel chief from 1990 to 1996. is needed is that we put a fairly good procedure so that apart from competence, someone of strong character is appointed as the CEC. There is no procedure even after 70 years. Under Article 324, CEC and ECS have protection from arbitrary removal so that they have a full term. All these protection. You can avail of it, provided you have the term. When you have a term of just 188 days or 160 days, what is the point?

Collegium-like appointment. CJI suggested an appointment. Compulsory. Supreme court also mentioned constitutional mechanisms prevalent in countries like Sri Lanka, Nepal, Pakistan, and the United Kingdom in the appointment of election authorities. Speaker’s committee on the electoral commission, With membership drawn from MPs within the parliament, oversees the recruitment of electoral commissioners, The candidates for posts are then approved by the House of Commons and appointed by HM the Queen. The committee is for decoding any reappointment of members following the first term of service. First, a list is prepared of all senior bireault list is sent to the law ministry which is then forwarded to the explained, and said, ” We need to see to the court can process. The existing system is working fine to intervene in the system is working fine to intervene in this case.”

The bench said it wanted to know the mechanism that followed. It asked to produce the file on Thursday when it will hit the ministers.

So this was all about the Independence Of Election Commission Is Threatened.