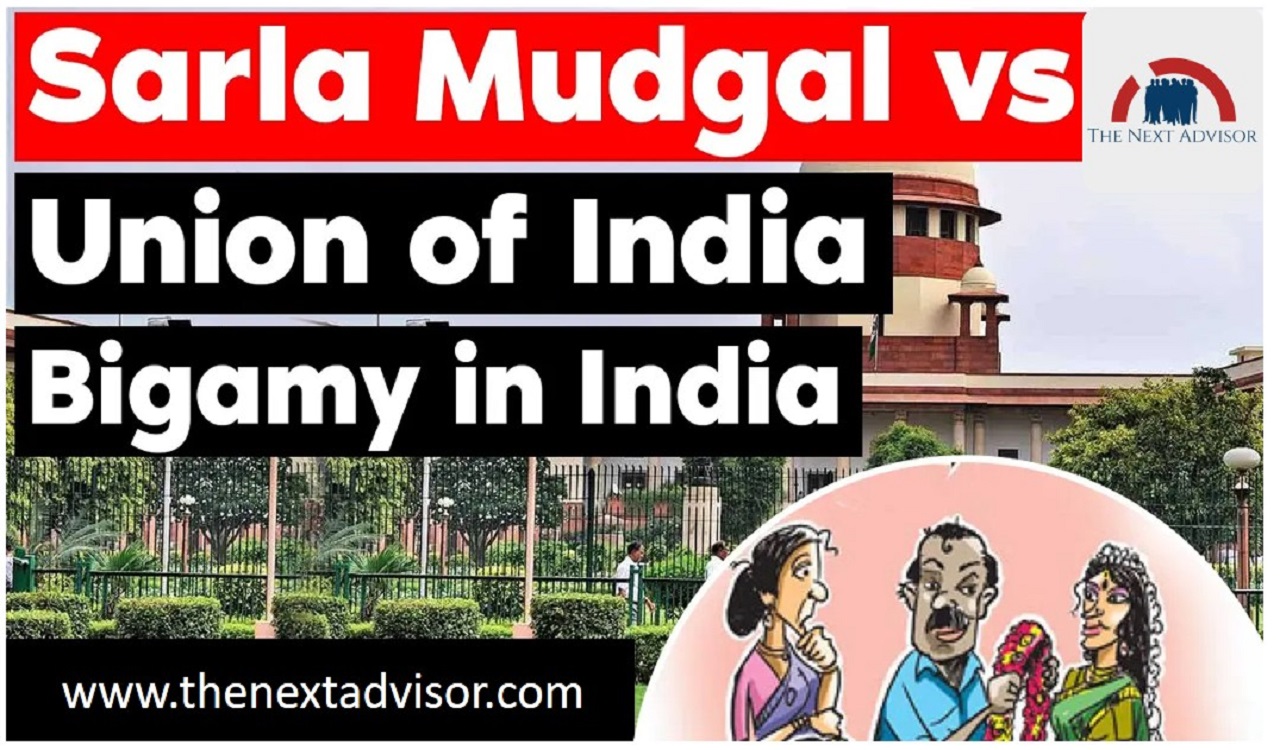 Sarla Mudgal Vs Union of India

Sarla Mudgal Vs Union of India.

The personal law codified. Ban was imposed on bigamy except for Muslims. Hindu Marriage Act, 1955 – Section 5(i) stipulates that marriage between two Hindus can be contracted only when ” neither party has a spouse living at the time of the marriage.” Here, ‘Hindu’ includes Buddhists, Jain, and Sikhs also. 494. Marrying again during the lifetime of husband or wife – Whoever, having a husband or wife living, marriage is void because of its taking place during the life of such husband or wife, shall be punished with imprisonment of either description for a term which may extend to seven years, and shall also be liable to fine.

‘ Section 494 can’t be enforced on Muslim men’ – Section 494 protects bigamous marriage among Muslim men since their law gives sanction for such marriages and it is the Muslim personal law that governs Muslims in matters of marriage and divorce. Petitions filed in the Supreme Court under Article 32. Sarla Mudgal, the president of NGO, Kalyani. Meena Matur, who was married to Jitender Matur since 1978, found out that her husband had married another woman, Sunita Narula’s alias Fathima after they both converted themselves to Islam. Sunita Narula alias Fathima contended that she and the respondent converted to Islam to marry.

Issues raised in the Court – Whether a Hindu husband, married under Hindu law, by embracing Islam, can solemnize a second marriage? Whether such a marriage without having the first marriage dissolved under the law, would be a valid marriage as the first wife/continues to be Hindu? Judgment – A marriage performed under the act cannot be dissolved except on the grounds given under Section 13 of the same act. Until this is done neither can marry again. The second marriage of an apostate would, therefore, be illegal marriage to his wife who married him under the Act and continues to be Hindu.

Conversion to Islam and marrying again would not, by itself, dissolve the previous Hindu marriage under the Act, but it will be a ground for divorce. Justice R.M. Sahi ( Dissenting Judgement) Implementation of UCC would lead to more bad than good. Uniform personal law can only be laid down when there is harmony between the people of all religions, and when their religion does not feel threatened.