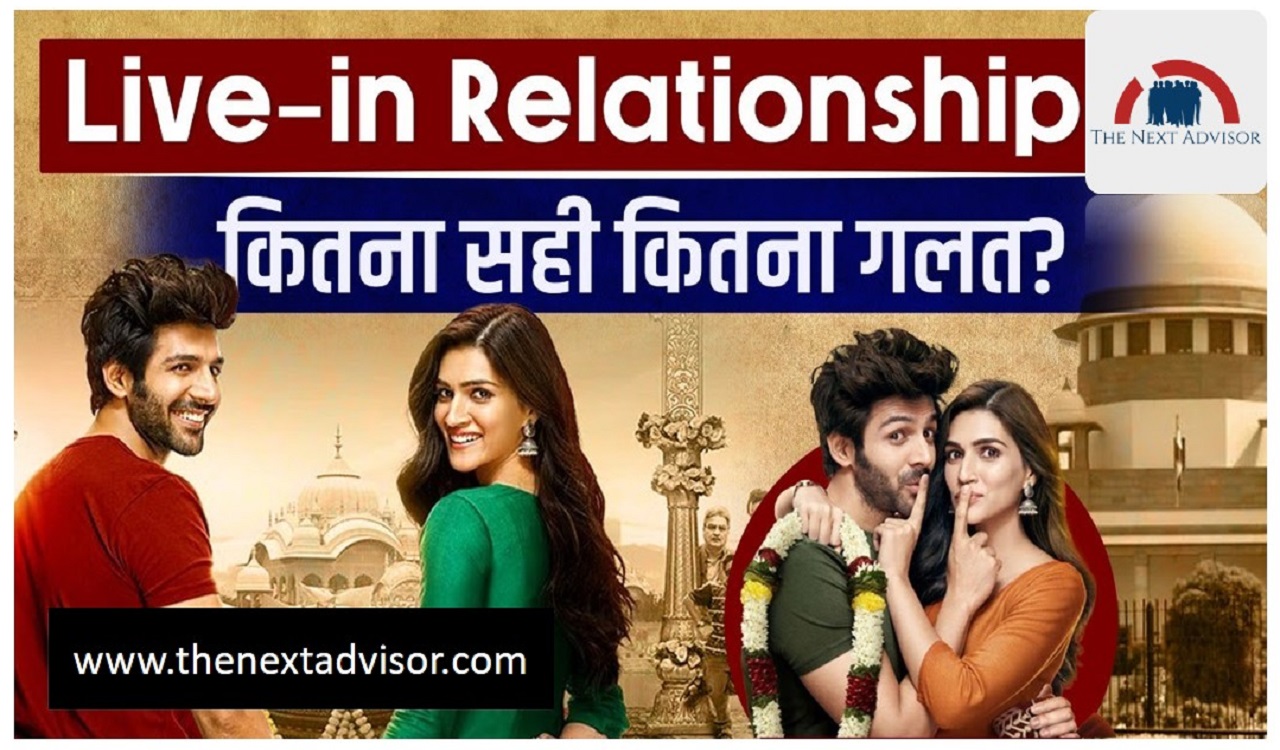 Live In Relationship In Indian Society…

Live In Relationship In Indian Society – A live-in relationship ( also called cohabitation in some countries0 ) Is an arrangement when two people involved in a romantic and sexual relationship as partners for a long term or permanently, decide to live together without marriage.

Reasons behind living in relation –

They may want to test their compatibility before they commit to a legal union. They may want to maintain their single status for financial reasons. In some cases, such as those involving gay or lesbian couples, or individuals already married to another person, the law does not allow them to marry. In other cases, the partners may feel that marriage is unnecessary.

According to Manu Smriti, in the Vedic period and afterward premarital relationships existed but were of rare occurrence. Hence the concept of living together before marriage is not new in India. In the Vedas, we find mention of eight types of marriages e.g. Brahma Marriage, Daiva Marriage, etc. of these, Gandharva marriage, has elements that are quite similar to that found in a live-in relationship.

A kind of revolution is evident in Indian society where people are accepting love marriages and increasingly adopting live-in relationships. These relationships are visible in metropolitan cities.

Importance of Institution of Marriage in Indian society –

Indian society is a conventional society, where the institution of marriage is considered to be sacred. In India, only those relations between a man and a woman are considered to be legitimate where marriage has taken place between the two based on existing marriage laws otherwise all other sorts of relationships are deemed to be illegitimate.

In 2006, in the case of ” Lata Singh V. State Of U.P,” it was held that a live-in relationship between two consenting adults of the opposite sex, though perceived as immoral, does not amount to any offense under the law. ” Badri Prasad Vs Deputy Director Consolidation,” observation was made.

But why social resistance to living in relationships –

Values Vs Noems Vs Mores Vs Institutions –

Values – Values are individual beliefs that motivate people to act or abstain from acting in certain ways. They serve as a guide for human behavior. Values can be classified as positive values – the values that we should try to inculcate in ourselves – e.g. Honesty, Respect for elders, obeying elders, etc.

Norms – The values are in abstract form ie. They exist as ideas and are beyond the comprehension of most. So Norms become the medium to express values, especially positive values. Norms can be defined as Accepted standards of behavior that most people agree to. E.g. Value – respecting elders.

Institutions are large-scale stable patterns of behavior that define, govern, and constrain the action of the individuals in society. Norms, when accepted by most of society, become, institutions e.g. Marriage is an institution, similarly Family is an institution. They provide a means to control society and the people who constitute it. Every individual is assigned a role depending on which he can achieve and regulate his status. They help to maintain order in society.