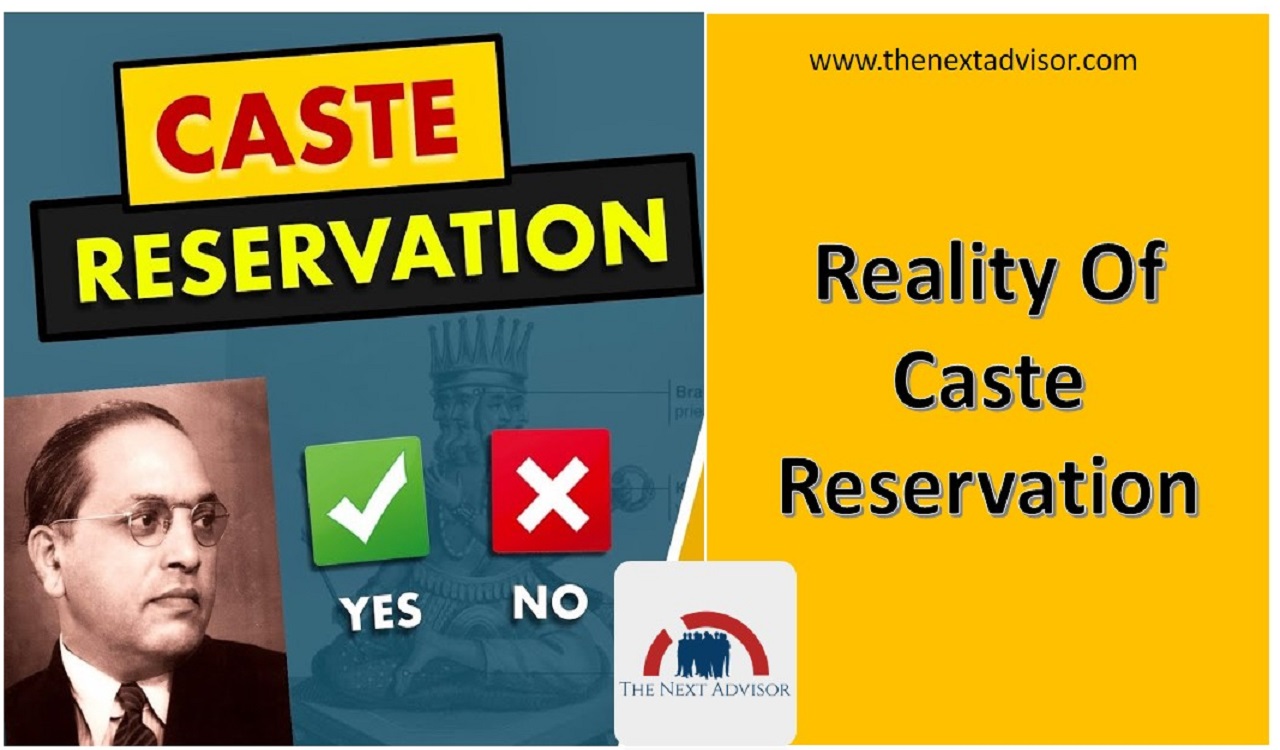 The topic of caste-based reservation would remain incomplete if we do not mention caste-based discrimination. How much discrimination based on caste do you think is prevalent even today? Is untouchability practiced even today? For those of us living in cities, we might presume that this is only limited to bookish information and it is not practiced in today’s times. You’d be surprised to know. Take a look at this map – it shows the percentage of households that practice untouchability in different districts even today.

In 2016, SARI – social Attitude Research India conducted a phone survey in Delhi, Mumbai, Rajasthan, and Uttar Pradesh to ask how many of them saw discrimination take place in their homes or how many of them practiced discrimination themselves. Those against it argue that seats should be allotted based on merit and that caste-based reservation does equality in society. There are several theories behind the origin of the caste system. According to this theory, if a lower caste person wants to be re-born into an upper caste in his next life, then they should work dutifully within their caste Some people say that it isn’t the caste that decides our occupation, rather it is the other way round. Since the Brahmans were more Knowledgeable, they became the teachers of our society. But it isn’t only the Brahmans that can become teachers.

Other people can also seek knowledge and become Brahmans and Brahman women could also marry a Kshatriya or a Vaishya man. What work you do, who you marry, what temples you go to, and whom you eat with all this is dependent on caste. The caste system described by Mohawk was theoretically very orderly. Henry Waterfield, who was employed at the statistics and commerce department, India office wrote in detail the difficulties he faced when he tried to classify the caste system.

He believed that historically, no such period existed when Hindus were divided only into four categories. Warren Hastings took the initiative in 1772 to formulate the Hindu-Muslim law. The Vedic system of four castes was not so widely practiced and nor did every Hindu practice it. It was forcefully imposed and this is how the British raj increased the divide between the upper and the lower castes. this was a huge advantage for the Brahmans of the madras presidency. So, in the princely state of Mysore,  the Tamil Brahmans monopolized all the jobs. Shahuji Maharaj was the first person in India to implement reservations in his Kolhapur reign.

He refused the sacrosanctness of the Vedas and refused to believe that only the Brahmans should have control over the Hindu religion. The biggest contribution in the 20th century against the caste system has arguably been that of B R Ambedkar. A lot of people believe that had Dalits been granted a separate electorate, then their situation would have been much different today. But all of this is guesswork and we do not know what the actual situation would have been because we neither have evidence nor research Post independence, the depressed classes were given reservation and political representation in both education as well as public employment.

Before 1993, reservations only existed for the Scheduled castes and Scheduled Tribes but post-1993 reservations were extended for the other backward classes as well after the Mandal commission report. As for the state governments, they were given the power to extend the reservations for the rest of the communities.

So, Friends, this was all about the Reality Of Caste Reservation.