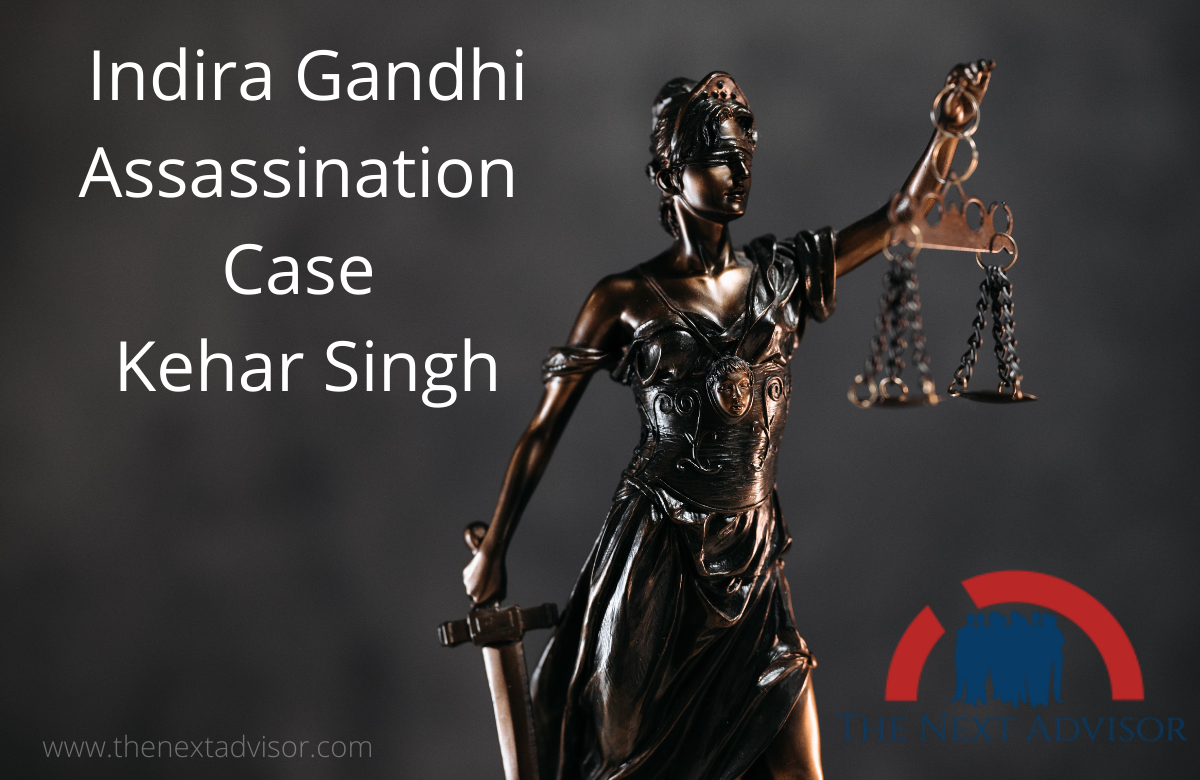 • The petitioner was convicted of murder for assassinating Prime Minister Indira Gandhi/Indira Gandhi Assassination case. He was awarded the death sentence. He presented a petition for pardon and to allow his representatives to meet the President in order to explain the case.

• The Secretary to the President wrote to counsel that the President is of the opinion that he cannot go into the merits of a case finally decided by the highest Court of the land and that the petition for grant of pardon on behalf of Kehar Singh will be dealt with in accordance with the provisions of the Constitution of India. The President of India thereafter rejected the said petition. So, He filed SLP in Supreme Court.

•In the facts of the case, it is stated that Kehar Singh was convicted of an offense under Section 120 read with Section 302 of IPC relating to the assassination of Smt. Indira Gandhi and awarded the death sentence by an additional session judge, in New Delhi.

•His appeal was dismissed by High Court. After that special leave petition and review petition were also dismissed by the Supreme Court.

•His son presented a petition to the President of India granting a pardon to Kehar Singh under Article 72 of the constitution.

• The President also rejected the petition under Article 72 and on the next day, in order to prevent the respondents from executing a death sentence, a petition was filed before Delhi HC and later on dismissed.

•Subsequently, A special leave petition filed was ( Under Article 32 ) before SC.

• Whether there is justification for the view that when exercising his powers under Art. 72, the President is precluded from entering into the merits of a case finally decided by the Supreme Court. To what areas does the power of the President to scrutinize extend; and

• Whether the petitioner is entitled to an oral hearing from the President in his petition invoking the powers under Article 72.

1. Whether there is justification for the views that the president has the power to hear on the merits of the case when the case has already been decided by SC?

2. To what areas does the power of the president to scrutinize extend?

3. Whether the petitioner entitled to an oral hearing from the president in his petition under Article 72?

4. Whether the President’s power to grant pardon can be subjected to judicial review?

1. The court laid down that the order of the president cannot be subjected to judicial review on his merits except within the strict limitations

2. The President has the power to scrutinize the evidence on the record of the criminal case, but cannot amend, modify, or supersede the judicial record.

3. It has been the great significance to exercise the Pardoning Power of the President being exclusive of administrative nature as it corrects the errors of the judiciary.

4. There is no right in the condemned person to insist on an oral hearing before the President and the manner of consideration of the petition lies within the discretion of the President.

5. It has also been held that the President’s power to grant pardon is an act of grace, it cannot be claimed as a matter of right.

• However the power to pardon rests on the advice tendered by the Executive to the President.

a ) The apex court laid that, the President had no power to amend or modify or supersede the judicial record.

b ) The nature of the constitutional power exercised by the President in this regard is totally different from the judicial power.

c ) Without altering the judgment, the President could remove the stigma of guilt or remit the sentence imposed on him.

d ) Thus, the President can go into the merits, examine the record of evidence and determine whether a petitioner deserves mercy or not.