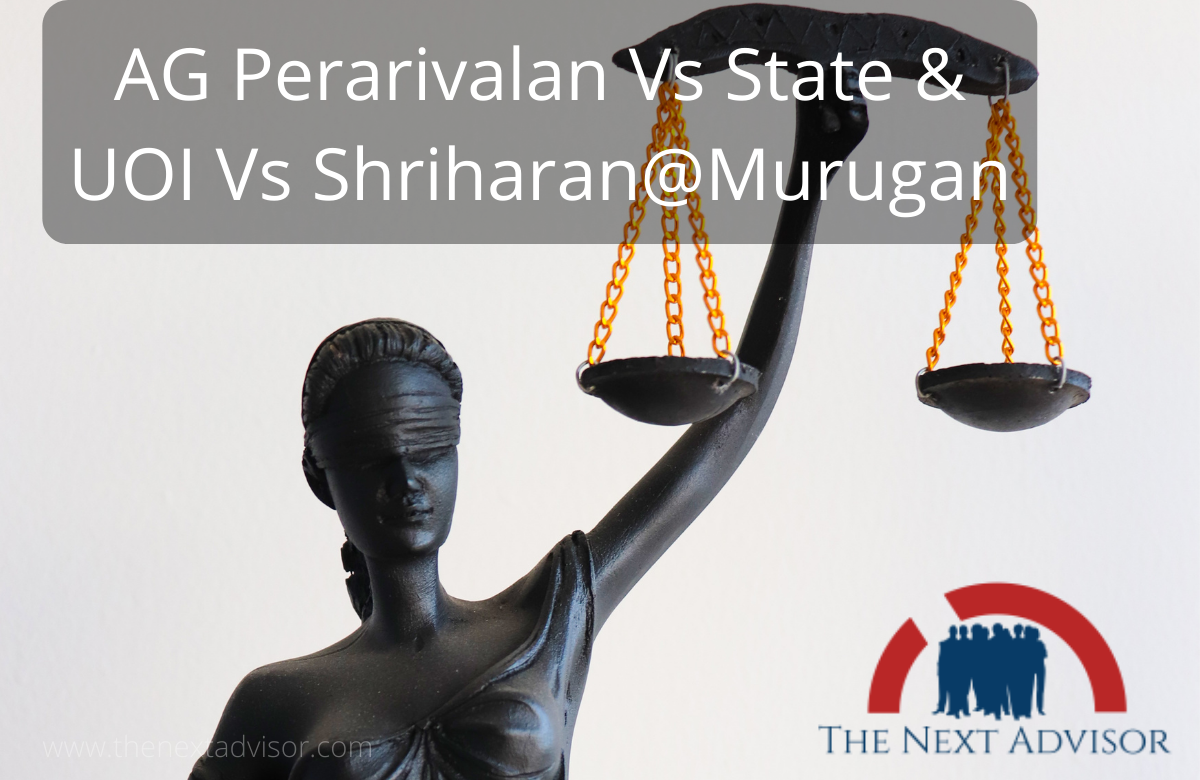 • The case witnessed a legal dispute as to who is the appropriate authority to decide the remission plea – whether the President or the Governor.

•Seven persons were convicted by the Supreme Court in its May 1999 final verdict in the Rajiv Gandhi assassination case. Of these, four Sriharan alias Murugan, Nalini, Perarivalan and Santhan were given the death penalty. The other three Robert Payas, Jayakumar and Ravichandran were sentenced to life terms.

•In 2000, the Governor commuted the death sentence of Nalini to one of life, based on a recommendation by the Cabinet. The remaining three remained on death row and their mercy petitions were pending with the President.

•In 2014, the Supreme Court commuted the sentences of Sriharan, Perarivalan and Santhan to life terms. Immediately, the then Chief Minister Jayalalithaa decided to remit their sentences. The State government wrote to the Centre, seeking its opinion within three days. It had to do so as under Section 435 of the CrPC, the State had to consult the Centre, as it was a case probed by the CBI.

CrPC and the Powers

•The Code of Criminal Procedure ( CrPC ) provides for remission of prison sentences, which means the whole or part of the sentence may be cancelled.

•Under Section 432, the appropriate government may suspend or remit a sentence, in whole or in part, with or without conditions. This power is available to State governments so that they may order the release of prisoners before they complete their prison terms .

•Under Section 433, any sentence may be commuted to a less one by the appropriate government.

•However, Section 435 says that if the prisoner had been sentenced in a case investigated by the CBI, or any agency that probed the offence under a Central Act, the State government can order such release only in consultation with the Central government.

•The Centre challenged the State government’s decision in the Supreme Court and obtained a stay. Questions arising from the controversy were settled by a Constitution Bench, which said the State government could not release them without the Centre’s concurrence as the Union government’s opinion had primacy in the matter. Also, it made it clear that its opinion was limited to statutory remission proceedings under the CrPC, and that the constitutional power under Articles 72 and 161 will remain untouched.

Facts leading up to the current case

• In September 2018, the State government decided to invoke Article 161 of the Constitution. It advised the Governor that the remainder of the life term of the seven convicts be remitted so that they could be released.

• However, in the absence of a timeframe for the Governor to act, nothing was known about it for a long time. Nearly three years later, it became known that the Governor has referred the question to the President.

•The immediate constitutional question is whether the Governor can make such a reference to the President. The other issue that arises is whether the primacy accorded to the Centre’s opinion under the CrPC in this particular case can be extended even to remission that may be granted by the Governor under Article 161.

• The court observed that the Tamil Nadu State Cabinet took the decision to grant remission to Perarivalan on relevant considerations. The Bench further said that the inordinate delay by the Tamil Nadu governor in exercising his powers under Article 161 of the Constitution can be subject to judicial review.

• The Bench reckoned that the State Government is well within its authority to aid and advise the Governor in pardon/remission pleas pertaining to cases of murder.

JUDGEMENT of AG Perarivalan Vs State

•Taking into account the Appellant’s prolonged period of incarceration, his satisfactory conduct in jail as well as during parole, chronic ailments from his medical records, his educational qualifications acquired during incarceration and the pendency of his petition under Article 161 for two and a half years after the recommendation of the State Cabinet, we do not consider it fit to remand the matter for the Governor’s consideration.

• In exercise of our power under Article 142 of the Constitution, we direct that the Appellant is deemed to have served the sentence in connection with Crime No. 329 of 1991. The Appellant, who is already on bail, is set at liberty forthwith. His bail bonds are cancelled.