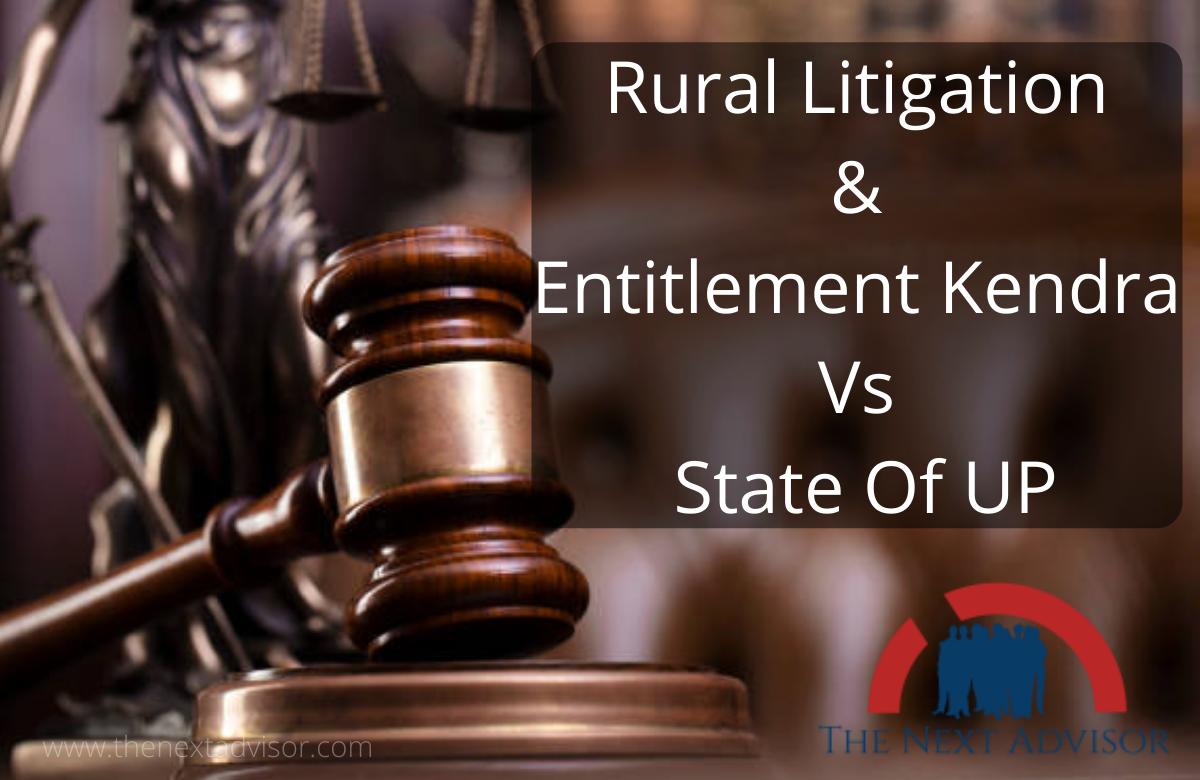 In the Rural Litigation & Entitlement Kendra case, the Honorable Court treated a letter received from the Petitioner as a Writ Petition and in the letter, the Petitioner alleged that lining Mine Stone queries that were being carried out an around Masoori Hills, were adversely affecting the ecology of the area and causing the environmental disturbance. And affecting perineal water springs.

In this Petition What was the question of law before the Honorable Court to decide?

The Court in its judgment sought to strike a balance between the twin goals of conservation and development.

What was held by the Court?

The Honourable Court acknowledges the significance of this case stating that it brings into sharp focus the conflict between development and conservation and serves the emphasize the need of reconciling the two in the larger interest of the country.

For the purpose of determining whether the safety standards let down in the Mines Act, 1952 and whether the Mines rules were being observed or not, and whether there was any danger of landslides or any hazards to individuals, cattle,s or agricultural lands by carrying of the mining operation.

The Honorable Court appointed the Bhargava Committee.  The committee in its report divided the Limestones Mines into three categories namely A, B, and C. With queries in Category A having the least inquiries in category C having the most adverse effects.

In Rural Litigation & Entitlement Kendra Vs State Of UP, After the comparative analysis of the reports, the Court gives the following directions.

1. Limestone inquiries classified in category C in the Bhargav Committee report should be closed down. Any stay order obtained from the Court permitting the continuance of milestones operation would be dissolved.

2. The Honorable further said that moreover the subsisting leases in respect of this limestone inquiries would also stain terminated without any liability against the State of Uttar Pradesh.

3. The limestones inquiries classified in category A of the Bhargav Committee report and category 1 of the working look report are concern must be divided into two classes.

b) the other consisting of those which are outside of the city limits.

Limestones inquiries following outside the city limits of Masoori should be allowed to the operated subject to the observance of the requirements of the Mines Act 1952, and 1961. And other relevant issues rules and regulations prioritizing the welfare of the people over economic benefits and approving the leases of the limestones inquiries.

The court held that they should undoubtedly cause hardship to the Minors but it is baptized has to be paid for the protection and safeguarding of the right of the people to live in a healthy environment with minimum disturbance and ecological balance and without avoidable hazards to them and to their cattle, home, and environment.

However, the Court did show some degree and sensitivity toward the leases of limestones queries and being conscious that as a result of its order the workmen employed in the closed queries will be rendered jobless. In this regard Court directed to the Government of India and to the State of Uttar Pradesh that whenever any other area in this State stones open to the grant of limestones the leases that are displaced as the result of this order shall be afforded priority in the grant of the lease.

In addition to the proposing afforestation and the soil conservations programs in the areas no longer undermining operation the Court invoked Article 51 A of the Constitution to remind the citizens of their Fundamental Duty toward the preservation of the environment.

It held preservation of the environment and keeping the ecological balance unaffected is a task that not only government but also every citizen must undertake. It is a social obligation of every Indian citizen to be reminded that it is his fundamental duty as enshrined in Article 51A of the Constitution of India.